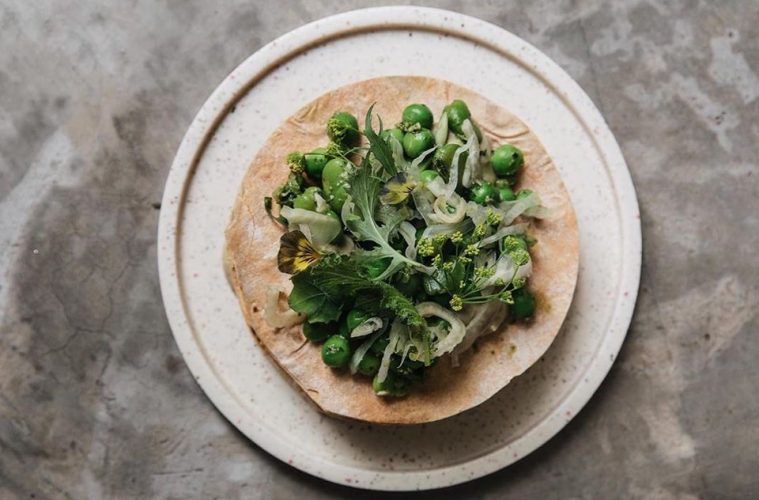 Our resident food writer Kevin Vaughn has criss crossed the city in search of the best new restaurants to open despite an economy in crisis mode. What’s been going on? Villa Crespo and Chacarita are having a moment, wine shoved its way into the conversation and chef-owned ingredient-forward bistros have become the new dining model. Here were some of his favorites.

Vegetables take center stage at Sacro, a impeccably dressed vegan restaurant on the edge of Palermo Hollywood. But Sacro is nothing you would expect from a vegan restaurant. It is neither the earthy in your face dishes of Donnet nor the dainty everyday fare of places like Buenos Aires Verde, and don’t even think about ordering a rubber soled chunk of seitan. Chef Maxi Rossi continues perfecting his take on global street staples per his previous gig as head chef of Big Sur, this time elevating his foods to magical feats. There are straight to the point nachos dressed with chunky guacamole, bright cauliflower barbacoa tacos and hummus with falafel alongside elegant entries like wild mushrooms with smacks of kimchi, braised cauliflower with cured lemon and black olives and ethereal artichokes sweetened with damascus fruit. 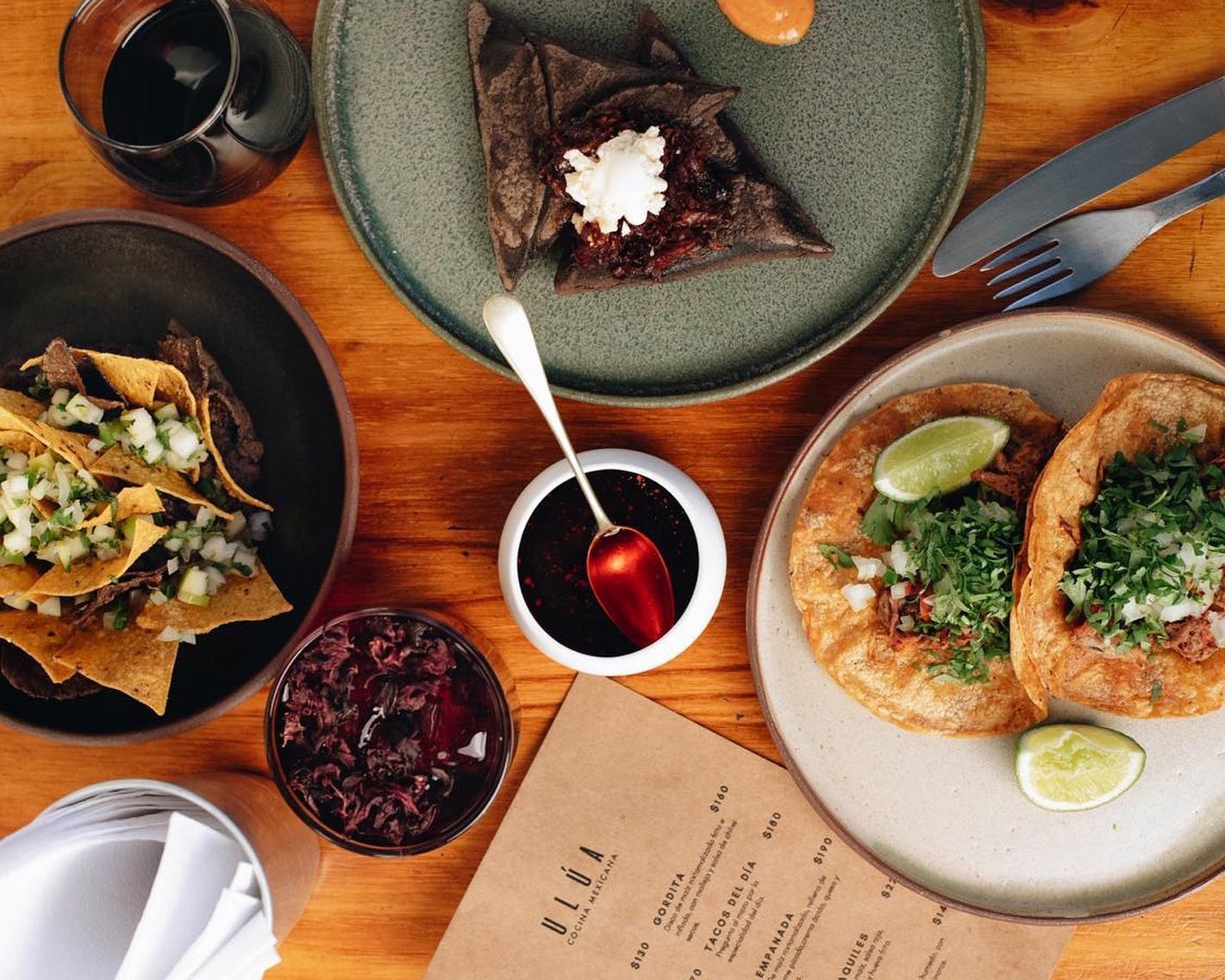 In a year that saw the debut of countless Mexican restaurants, taquerias and pop-ups, Ulúa effortlessly manages to hold its place at the top and rise above a never-ending list of openings in Chacarita. Ulúa gives us Mexican food the likes of which Buenos Aires has never tasted before, like purple corn empanadas with dots of queso fresco or barbacoa hugged in plantain leaves and slowly melted down to a fatty carnita. There are also soulful green chilaquiles and a tortilla soup ripped straight out of chef Antonio Bautista’s family cookbook. Sommelier Freddy Morapee introduces skillfully chosen whites and roses over the more common lagers. And if you aren’t in the mood for a glass, you can order an horchata shaken like a cocktail for optimal sweetness. 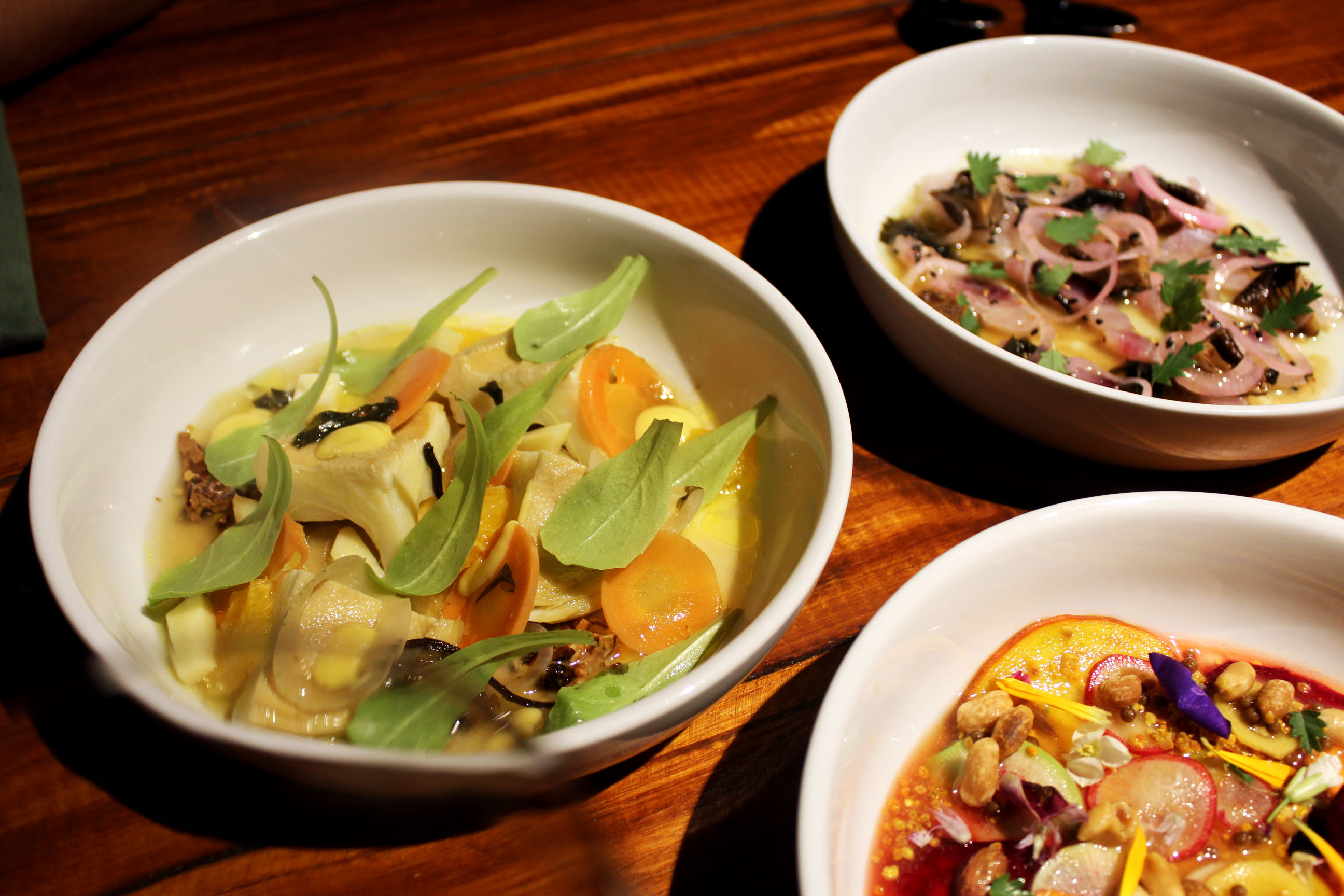 A lot of the press surrounding Julio Martin Baez’ freshman opening was centered around his time leading the kitchen of fine dining institution, Aramburu. Julia takes a decided exit from the sometimes stuffy dining rooms of Recoleta, breathing fresh air into the technique heavy dishes with a colorful food palate and a move from classic flavors. The attention goes full throttle on the food. Ingredient driven dishes are rarely repeated exactly the same, like artichokes prepared with root vegetables and a lemon emulsion, or beef carpaccio that stings with nuts and spicy ‘nduja. Buenos Aires is full of chef-driven bistros – Julia upped the ante.

Of all the Asian communities in the city, the Chinese have been the most willing to adapt to the local palate. Meaning completely identical menus in nearly every restaurant. Few exceptions exist and even fewer reach a non-Chinese public. Hong Sichuan is a small spot on the b-side of Barrio Chino located just next door to the more easily identifiable Hong Kong Style. It isn’t without its flaws; shy away from the dumplings which appear to be purchased frozen from the market next door.  Do dive into more regional dishes on the massive menu, which is challenging for even the most adept of diners. Try the twice cooked pork belly, crispy and heavy on the spice, or get wild with pan fried snails, eggplant with fermented beans or a crimson red sichuan pepper fish soup. You could easily dine at Hong Sichuan every day and discover something new.

A pizza shop carved out of a garage, La Fina has barely enough space to fit a half domed brick pizza oven and a small work station. Maybe more impressive is that the shop is run by 19 year old Tobias Jovenich and his kid brother, Francesco, just next door to their father Santiago’s neighborhood café. In a waist deep sea of pizza shop openings, La Fina sticks away from the trends. They don’t make their dough with masa madre and the menu is as long as a regular pizza shop. Doughs blossom and crunch around the edges and make way for molten mozzarella topped with classic Italian flavors like mortadela, pesto or burrata, which fly out the pizza oven at breakneck speed and are enjoyed hunched over a table on the sidewalk.