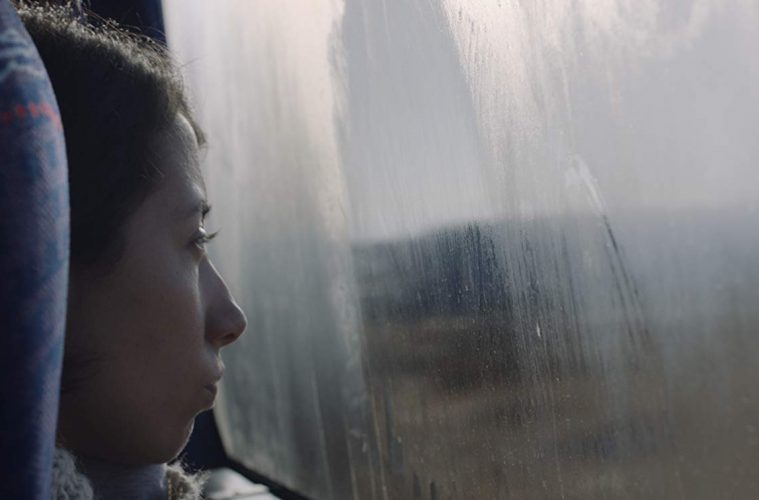 The end of the year is upon us and that means it’s time to reflect on all the things that made up the whirlwind that was 2019. This year there were pregnant women shooting guns in the middle of La Pampa, a whole lot of movies focused on grief, and some genre-bending thrillers that blew our mind. We’ve been with you each month as you debate which Friday flick you should be seeing. We’ve given you the monthly lowdown on what’s been playing on the festival circuit and now we leave you this list that wraps up our film picks for 2019. You have the rest of the year to see these before we come back to you with more.

Until next year dear moviegoers…

A breezy, winsome comedy by director Matías Szulanski, Astrogauchos tells the alternate-universe history of a scientist in 1960s Argentina who decides that he will develop a space plan to beat both the Americans and the Russians at the space race. Steeped in the aesthetics of the era and sporting an irreverent and absurdist tone, this film is nothing less than a delight.

Infierno Grande follows María, a pregnant schoolteacher in a small town in La Pampa. Trapped in an abusive relationship, María decides to leave her old life behind, pursuing a better future for herself and her future child. The film then turns into a classic Western, underscored by gunfire and a confrontational tone as María comes across various characters across the Pampan desert who will all play a part in her liberation.

Emiliano Serra’s Cartero is a Scorsese-influenced adventure which takes a look at the daily life of a mailman in Buenos Aires as he traverses a path that is fraught with a surprising amount of peril. It’s a period piece, set in the 1990s, which further contributes to its freewheeling structure. A gripping, thoroughly entertaining cinematic experience featuring original music by Gustavo Santaolalla.

Sebastián Schindel’s El Hijo is a disturbing psychological thriller that follows a couple as they anxiously await the arrival of their son. However, things start taking a turn for the bizarre when the woman’s behavior becomes obsessive, to the point where the husband starts believing there are darker forces at play.

A beautiful, taciturn meditation on two kinds of grief: the grief over a lost loved one, and the grief over lost love. It follows Emilia, a young medical professional living with her boyfriend in Buenos Aires who has to return to her snowy hometown in the Argentine Patagonia to help scatter the ashes of her childhood best friend, who has died under undisclosed circumstances. It’s a lovely little movie that is content with finding an emotional space and just living in it for a while, exploring shades of bittersweet nuance in the intersection of grief and reconnection.

Los Miembros de la Familia also has a heavy undercurrent of grief running through it, but it takes a comedic approach by incorporating elements of screwball comedy and amping up the absurdity to eleven. It follows two siblings, Lucas and Gilda, as they make the trip to a coastal town in order to fulfill their recently departed mother’s dying wish: to have her ashes scattered in the sea. Once they’ve (sort of) accomplished this, they are ready to return home, however a nationwide transportation strike leaves them stranded in this sleepy coastal town, which becomes the venue to a second, later-in-life coming-of-age for both siblings. A sweet-hearted and self-consciously silly film by director Mateo Bendesky.

Lava is an animated comedy, but it is also a horror movie, and it is also a sci-fi adventure, and it is also an experimental art film, and it is also a gripping thriller. Director Ayar Blasco put together a bizarre mix of genres and moods, coupled with some beautiful animation and truly hilarious voice acting, to bring Lava to life. The film is about an alien invasion of Earth, and going into much more detail than that is really a disservice to the film, which thrives on sharp left turns and unexpected weirdness.

El Cuento de Las Comadrejas follows Mara Ordaz (Graciela Borges), a fading film star from a bygone era who lives in an enormous country house that serves as a tribute to her past career. She lives with her husband Pedro (Luis Brandoni), as two close friends who also used to be in the movie business. Their lives are soon interrupted by the arrival of two young characters who set their sights on this valuable piece of real estate and attempt to convince Mara to move back to the city and revive her old career. The film is a wickedly funny, incessantly charming romp, featuring some gorgeous production design and memorable dialogue.

Director Paula Hernández sets her eye on the underlying tensions that exist within every family, as they bubble up to the surface under strenuous circumstances. The film follows a middle-class Argentine family whose New Year’s vacations puts them at odds with each other, with resentments and different power dynamics coming to the fore, resulting in unexpected dashes of violence. Positively simmering with tension, the film is a beautifully-photographed, smartly-written, and remarkably well-acted affair that might make you cringe a few times while remaining engrossing throughout.

Based on an actual play staged six years ago by the protagonists of the film, Alejo Moguillansky’s Por El Dinero is a hilarious, densely-layered meta-mockumentary that laughs in the face of adversity. It follows a rag-tag crew of stage performers whose money troubles lead them to participating in a theater competition in Colombia, leading to unspeakable tragedy. Seamlessly blending absurdist humor with lots of self-parody, Moguillansky succeeds at portraying the artist’s eternal struggle to make ends meet while keeping their art uncompromising.