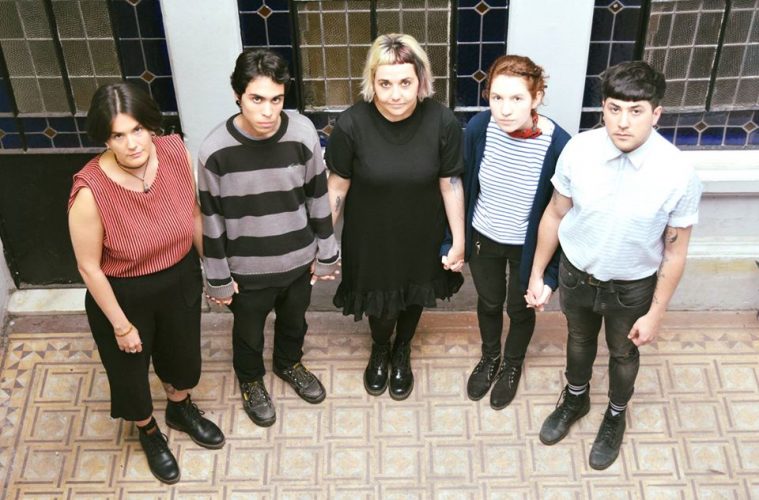 Bubis Vayins, coming down from Rosario to play at the BPM Discos party this Friday

Hi there! Last we talked I was gearing up to receive my friend coming for a visit from the US. It was great. She came, she saw, she conquered Buenos Aires. We saw Niños Envueltos and got to check out the new venue Cultural Vivo, we went to a wine tasting at Sommelier en Bicicleta, a psytrance rave at Laberinto in La Plata, an expat Thanksgiving party hosted by La La Lista’s managing editor Monique, Dumel’s outrageous birthday party, a kayak adventure in Tigre, and we ate so many awesome (and wacky) vegetarian meals at restaurants including Loving Hut, Donnet, La Reverde, and my new favorite, Demetria (it’s so good oh my god it’s so good). Phew! But, most importantly, she got to meet a TON of my friends, and now they are her friends too! So, this week’s Setlist is dedicated to friendship, especially international friendship (to which those of us in the music scene are no strangers — quick, name five bands whose members moved to Spain this year!). Here’s this week’s live music lineup:

It’s the last Frescura of 2019, this Thursday at Matienzo! We’ve lived through a season plagued with joys and we don’t want it to end. So we’re getting together some more dope artists from the Argentina’s underground indie scene and we’re gearing up to share a night of counterculture, poetry, and songs. The epic and sensational band Gente conversando will be making their Frescura debut, as well as Diviana Udwt who will take us below the surface for those underwater vibes. Mauro Valenti will play the ciclo for the first time with his full band, and #Bandanara aka BandaFrescura will give their sixth and final show of the year. And Rabia De Hoy (who were the surprise band, but that has now been revealed) comes back for their fourth Fresh. Don’t miss this end-of-the-year blowout!

This Thursday, Mi Amigo Invencible will present their new record Dutsiland at Niceto Club with openers Monotoro. Dutsiland is their seventh album, and marked the beginning of a new era that exists somewhere between the magical and the quotidian. Without losing the potent imagery of lyrics, the band from Mendoza that grew to be a pioneer of the indie scene, brings to the album a sound that is both global and experimental. Mi Amigo Invencible will be saying goodbye to 2019 at Niceto and also celebrating their return from their first tour of Columbia and Mexico.

Record label BPM Discos is throwing another end-of-year bash! This time at La Confitería. All the bands from the label will play including three bands that will come down from Rosario. (Last year they brought a whole micro packed with Rosarinos ready to party.) I’ll be there rocking out on the synth with Penny Peligro, and dancing and singing along with all the other bands from BPM: Bubis Vayins, Gay Gay Guys, Los Bicis, The Puñeters, Re Signados, Amplilabial, Excursionistas, M.A.X., and Gladyson Panther. If this year’s BPM fest is anything like the one they threw last year at Matienzo, it’s going to be re puesto, so come on out! The party starts at midnight and goes till 5am.

This Friday, Camping welcomes Los Besos in a special camper-concert format. Los Besos are a band of songs created by Paula Trama together with Fede Fragalá, Sebastián Rey, Victor Rallis, Ariel Chisleanschi, Pablo Berardi and Dante Frágola. A fractal monster of song, a passageway through which musical imagination dreams and wakes up in the present…each of Los Besos’ albums speaks from its time and makes the hinges that live between music and words squeak loudly. Come hear for yourself.

The fifth and final edition of Noches Imaginarias is happening this Saturday at Wara Wara, a cultural space that was born of a need to embrace art, artists, and people who understand culture as one of the most important values of our society. The cultural space continues to grow through teamwork and collective effort, and their greatest wish is to be a coming-together place to enjoy, cultivate, and embrace culture. This event will feature a back-and-forth sharing of songs between four artists who will be mingling with us right here in the living room, and playing completely acoustic. Come out to hear María Pien, Bruno Moguilevsky, Nicolás Rallis and Gala Magalí bare their souls for us.

Bandalos Chinos is closing out another successful year on the patio of Ciudad Cultural Konex this Saturday. After having played on stages throughout the country, all the most important festivals, two tours to Mexico, and a debut performance in Ecuador, Bandalos Chinos will finish their BACH tour here in Capital. The album won a Gardel award for Best Pop Album, and they will be celebrating that win one last time this Saturday before going into the studio to work on their next album.