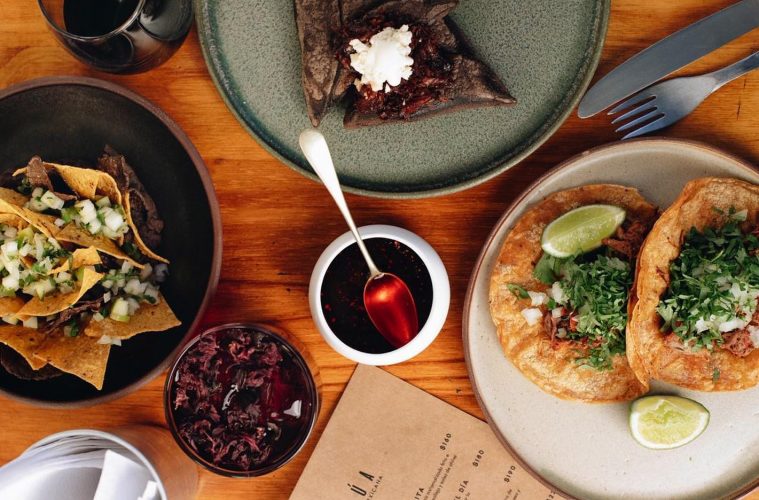 If you get off the subway at Federico Lacroze, Chacarita seems like business as usual. The bright lights shine neon at el Imperio where crowds of football fans, neighborhood locals and commuters catching a bite before boarding their train scarf down hot pizza slices and cool liters of Quilmes. You can continue to walk east on Avenida Corrientes and find their competitors at Santa Maria slinging baked empanadas or come across a small line gathered outside of bodegón staple Albamonte. Or shuttle down Lacroze where an old crowd fills up German bar Gambrinus every night of the week before dropping into the Simik to hear a live jazz band with your vermouth.

Take a small detour into the neighborhood, particularly along Jorge Newbery and a different story develops. Starting at the vegan mushroom palace Donnet, where wild mushrooms, in-house grown sprouts and jars of ferments dominate the menu. Across from the 39 bus depot on Guevara sits whiskey bar Sede, where a broad selection of cocktails are accompanied by a newly renovated menu designed by Mica Najmanovich and Nico Arcucci of Anafe. Head back to the corner and you’ll hit the always busy Almacén Comunal before running into Sede’s younger sister, the annoyingly popular Sifón, a bar where everything is served with soda. Simple cocktails, beer and pizzas are served at the cave-like Lutero.

And it doesn’t stop there. Head off onto the side streets and you’ll find one of the city’s best wine lists at Obrador Las Damas; for a more intimate glass of tinto you can walk across the street to bookstore wine bar hybrid Falena. Continue heading towards Villa Crespo and you’ll hit La Fuerza, the not yet opened Asian tapas bar by Christina Sunae, Apu Nena, and Hasta la masa. Head the other direction and you’ll likely wait in line to grab a table at taqueria Georgie’s. 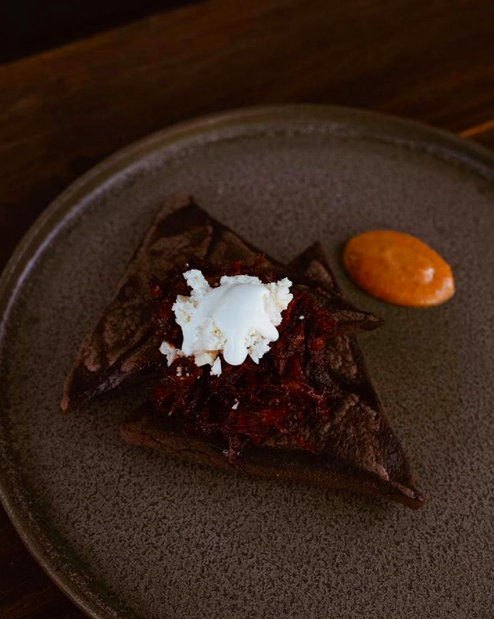 The most talked about opening, though, is the mexican restaurant Ulúa back over on Jorge Newbery. We wrote about them back in June when the trio from Veracruz, Mexico were still a pop-up project navigating their culinary identity. They opened on the heel of a widespread turn towards Mexican and Central American styled projects, including the aforementioned Georgies, Guatemalan pop up Sol Negro, DF-style taco stand Taquería Díaz and my very own pop-up MASA.

The boys at Ulúa, led by chef Antonio Bautista, sommelier Freddy Morapee, and business partner Jesús Cabale, are the most traditionalists of the bunch. When putting together their menu, they called their moms for family recipes. They refuse to serve their tacos with forks and knives and, although their dishes aren’t spicy without shoveling on salsa macha, nearly everything is laced with chiles brought from home. 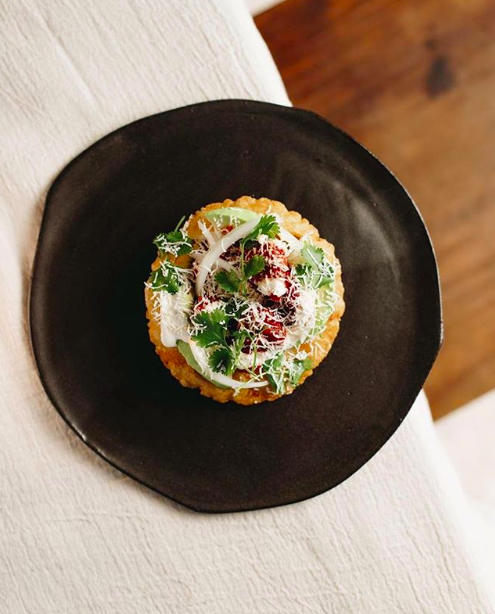 When the crew got started, it was as a short lived tasting menu at Ser y Tiempo before dialing down as a more street food style at Casa Cordoba. Baustista feels more comfortable somewhere in the middle, drawing from experiences as head chef at iLatina and a quick jump over to the line at Niño Gordo. At Ulúa, his dishes walk the tightrope between sophistication and street.

You could start with a plate of nachos with fresh corn tortilla chips planted firmly into a mound of black beans and sprinkled with pico de gallo. You would be smarter to order the chilaquiles, the same chips smothered in an addictive red sauce and a barely cooked egg. Fresh corn masa is stuffed with slow braised oxtail and formed into triangular tetelas — imagine an empanada arabe — and topped with a touch of queso fresco. A taco del día option is constantly rotating but always comes back to a slow braised pork carnitas served simply with pico de gallo.

There is a sopa azteca, ideal for chilly winter days, a homey chile broth with avocado and strips of fried tortillas. A gordita is the clear winner on the menu, fresh masa is fried until it puffs up like an air balloon. The center is lightly tapped to former a crater and stuffed with crunchy grilled sweet breads. 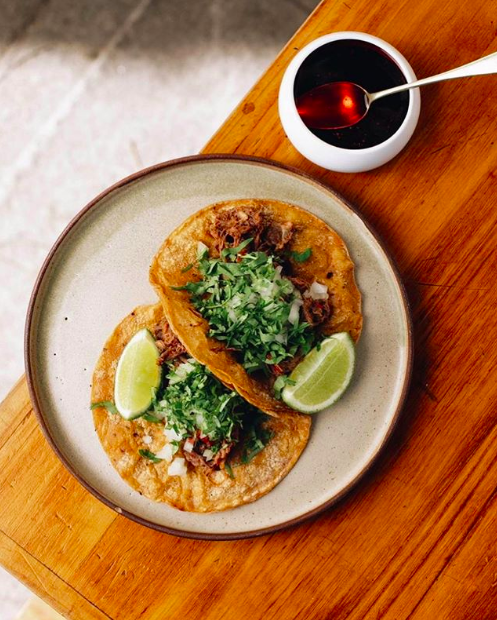 Morapee has a knack for choosing wines to pair with the menu; not an easy feat for heavily layered Mexican dishes. Try an unexpected Cabernet Franc from Escorihuela Gascon or a natural wine by Paso a Paso. Margaritas or mezcal brought over from Mexico are available, as is horchata, the sweetened rice and cinnamon milk which here is mixed on demand to keep it as fresh as possible.

If Ulúa wasn’t already a great pop-up, it is an excellent restaurant. And the business is already changing due to popularity. When initially opened, the portions were smaller and lacked spice. The people asked for more on both fronts and they listened.