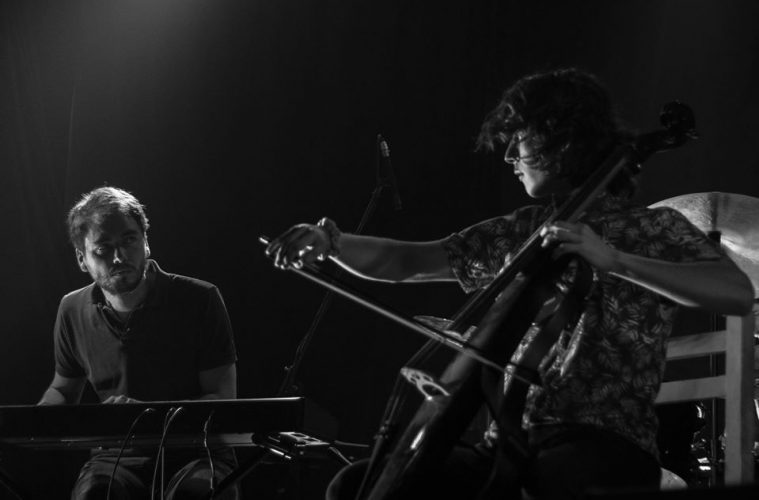 Last week of November, people! Burnout is coming on strong this time of the year so let’s keep it short and sweet: there’s a ton of experimental music and J A Z Z ahead so brace yourselves cause we ain’t pulling any punches in this week’s Setlist, go get yourselves some earplugs, some *ahem*medication*ahem*, and your favorite fedora hat and get grooving to the beat of glitchy synth lines and blaring brass instruments:

We’re not going to act like the video above isn’t super weird and a tad bit disturbing, are we? Because we are well aware that it is. But hey, experimentation is one of the ways in which any artistic endeavor can break the mold so… if you are in the mood for some glitchy screens and projections, blaring saxophones and contemporary dance performances, then go right ahead and give this ciclo a go! Artists: Gabriel Stern, Camilo Angeles, Flor Asteggiano, Dani Haikins will be there delivering one hell of a show.

In case you’re in the mood to jazz it up, Moran is the place you want to be. Sergio Verdinelli Trio will be playing some songs from their extensive repertoire. This group explores the classical sound of the trio piano giving priority to interaction and improvisation as the backbone of its development. Playing original music, composed by Sergio Verdinelli showing influences from different aspects of jazz, from rock, academic music and our folklore among others. With the intention of generating a context-related sound with respect to time and space. This group has been awarded the 3rd prize in the unpublished popular music contest in the ’Jazz’ ’category awarded by the National Endowment for the Arts.

Made up of 3 Latin American musicians, Lautaro Moreno Trio seeks its own sound through the compositions of Lautaro Moreno, a result of the cultural fusion characteristic of our continent. Elements of jazz and classical music but with a firm Argentinian staple sound, tinges of candombe, samba, chorinho, folklore, tango and with an important presence of improvisation, unite in the framework of their musical discourse. Like people, music travels and intermingles resulting in new frontiers. In addition to the original compositions, versions of compositions by Egberto Gismonti, Hermeto Pascoal, Carlos Aguirre or Lars Danielsonn are usually played by the group. This will be their last presentation of the year so don’t sleep on it!

Naufragio en La Confi is an event that will surely blow your mind. Bands like Causa y Efecto (dreamy and mesmerizing alt-rock) TOTS (long-running post-rock/math-rock outfit) and Sto Fue Tdo (hazy post-punky rock) will be playing at La Confiteria. If you’re into alternative rock in any of its countless variants, then this is a perfect opportunity to experience some top-shelf groups doing what they love, take your mind for one hell of a ride.

Under Ernesto Snajer’s direction, a festival will be celebrated in honor of Mercedes Sosa, one of Latin America’s most iconic singers. Here’s a little summary: Mercedes Sosa was born and raised in Tucumán, Argentina, beginning her performing career at age 15 after taking top honors in a radio station amateur competition. A rich, expressive vocalist and a gifted interpreter, Sosa was dubbed “the voice of the silent majority” for her choice of overtly political material, and alongside artists including Violeta Parra and Atahualpa Yupanqui, she spearheaded the rise of the so-called nueva canción movement, which heralded the emergence of protest music across Argentina and Chile during the ’60s. What better time than these dark times in Latin America, to remember Mercedes Sosa? Numerous artists (including Juana Molina, Lula Bertoldi, and Javier Malosetti) will be playing at Centro Cultural Konex.

The up-and-coming Ciclo Experimental will be opening its doors once again. This time, at Casa Jache and they will be featuring artists such as Kadabra, a DJ who’ll be delighting the audience with some witch house, darkwave, and electroclash sets. Holo Ice is making his debut as a Synthwave and Future Bass producer and musician alongside Nanav, whose visuals and vocal tinkering will be one of many courses in this acid-infused dinner. Finally, Casi Todos Los Males will be playing a future bass and electronic post-rock set which will include a tribute to Twin Peaks y Julee Cruise.