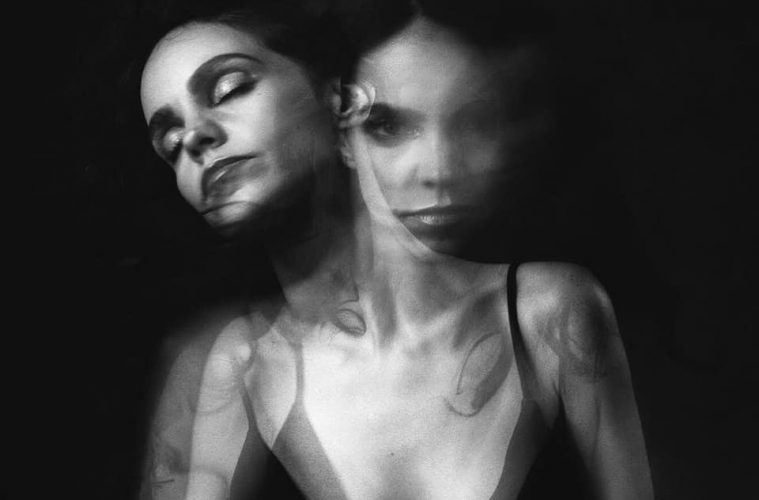 Welcome to another installment of La La Lista’s Monthly Music Roundup. We’re here to bring you our very favorite songs from the last 30 days, and we put it all together in a convenient list for easy browsing. Summer is finally here (or is it? One minute it’s gross and sticky, the next is cloudy and overcast; what gives?) and though the weather is a point of contention within the La La Lista crew, one thing we can all agree on is: these tunes are great, and they deserve your attention.

Remember:  we pick our favorite new tracks every month. To check out our selections from previous months — and you really want to, because they’re honestly great — click here!

“Pampa”, the 2nd track off of Los Subtítulos’ EP 2, is a nightmarish road trip through the darkest and most intimate corners of the human mind. Pairing Sonic-Youth-esque textures with vivid imagery in their lyrics, the band succeeds in painting a hopeless landscape that sounds both elegant and menacing at the same time.

Causing a major stir with her full-length debut Casa de Viento in 2014, musician and songwriter Karina Vismara has long since cemented her place as a mainstay in the Argentine folk scene. She has now returned with her second full-length album, Selva, which dispels with much of the delicate crooning that graced her last album in favor of a heavier sound, supported by a full band. “La Extraña” was not a leading single from this new release, but no matter — we love it’s ease of transition between the dusky vocals and desert vibes of the verses and the resolute marching of the chorus, driven by shaken percussion. Set your sights on the horizon and put this one on.

Loli Molina is an Argentinian singer-songwriter currently based in Mexico whose music flirts with the acoustic folk genre without shying away from experimentation. This is the case in “Si Algo Se Pierde En Ese Movimiento”, one of the songs off her new album Lo Azul Sobre Mí; it doesn’t pull any punches, especially if they are aimed at the feels department. Greeting us with a droning backwards string section, softly plucked strings, and Loli’s signature voice, this song carries us through an intimate journey brimming with hypnagogic vibes. Molina’s heart-wrenching vocal line guides us gently towards her rawest and most vulnerable self. Like a gale of wind, intertwining strings lift us into thin air, suspending our fall, keeping us in a tender stasis that leads us to the end of the track.

Following up 2017’s thrilling Alud — a collection of brilliant pop songs with huge singalong choruses — may seem like a daunting task for singer-songwriter Ignacia. But her new song “Renuncio,” a sparkling piece of melodic, forward-facing, self-assured pop craftsmanship, puts any concerns to rest: the new track is a joyfully defiant statement full of ear-candy synths and interesting, unexpected turns. The chorus is a victorious declaration: “I want to leave this routine that lies to me; I want to live more independently; I’m going to put my trust in my friends and the networks I build.” We can’t wait to see what else the future brings for Ignacia.

Busco Trabajo, the latest album by up-and-coming Santa Fe musician Franco Dolzani, has just been released this month. “Ciudad Mutilada” charms its way into your heart with a friendly groove that reminds us to swing our hips as we contemplate the social problems of the “mutilated city” we live in. The seemingly simple structure is sprinkled with jazz-inspired riffs that freshen an upbeat little tune for the socially conscious.

Darling Darling and Other Stories, the new full-length album by British-born, Buenos Aires-based singer-songwriter Jenni Moule (better known as Damsel Talk), is both a snapshot of her current sound and a distillation of everything that she finds interesting and has pinned her artistic identity on. There are quirky theatrical monologues, there are songs of immense drama, there are moments of emotional vulnerability and moments of bawdy humor. All of it is anchored by Moule’s powerful, impressibly pliable voice, as well as an all-star cast of jazz musicians. “Walt Whitman” is one of the most explosive songs in the set, and puts the album’s strengths in full display: witness Moule’s effortless vocal runs and the virtuosic playing by the ensemble, bringing this thrilling story-song to life. Check out our interview with Damsel Talk to learn more about the album.

“Carapazón” is the third of ten tracks on Eruca Sativa’s new album, Seremos Primavera. The album represents a marked shift from the bands previous releases, so if you weren’t a fan before, it’s time to take another listen. A love song to and from the universe, “Carapazón” lifts us up gingerly and dances us across the sun before caressing us to sleep in its arms, fully content to surrender ourselves to total vulnerability. From start to finish, the lyrics are resolutely faithful to their purpose, saying exactly what needs to be said and repeating what needs to be emphasized. The song gives itself space to breathe deeply. It grows slowly, surely, and subtly, culminating in an intensity that is less like an explosion, and more like a very strong hug upon being reunited with a beloved someone you haven’t seen for a very long time.