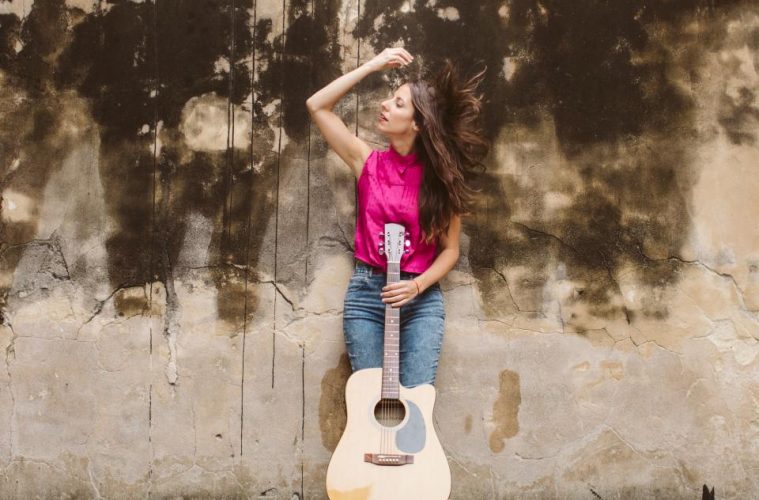 This week is a special week for me because one of my best friends from the United States, Carly, is coming to visit me here in the lovely Buenos Aires, and I’m soooo excited, and I hereby dedicate this edition of the Setlist to her. She’s actually the first friend from back home to come visit me since I moved here over two years ago. Fortunately for Carly, I happen to write for the coolest underground art and culture magazine in town, and have all the hook-ups for music, art, and food events this week!! Man, gotta love La La Lista. Welcome, dearest Carl, to the “City of Fury,” the “Paris of South America,” the “Queen of the Plate” (because everyone knows that plata is plate, right?? jejejeje)…enjoy the Good Airs! Here’s this week’s live music agenda:

CANCIONAUTAS will celebrate their 53rd edition this Wednesday at La Casa del Árbol. Cancionautas is a ciclo that features an often quite extensive lineup of original singer-songwriters who play just three songs each, with the objective of engaging in a seminar of sorts where melodies, metaphors, and melancholies (and alliteration) are exchanged between musical minds. This edition will feature songs by seven different artists, including yours truly! (Still struggling to decided which three songs I will play…) I’ll be sharing the fecha with Luli Luna Crook, Inti Rumi, Gaston Quintana, Vicky de Liz, Antonella Marini, and Mariana Tello. See you there!

Marina Fages is playing this Thursday at La Tangente. She and her band, The Epics, will perform a special show in three parts, each part in a different format, and corresponding to a different album. The first part will be acoustic and feature songs from Madera Metal (2012), the second part will rock out with songs from Dibujo de Rayo (2015), and the third part will shift into the style of magic, with Fages’ most-recent release, Épica y Fantástica. The title of this album is a reference to the literary genres of heroic or epic fantasy, and suggests that it should be listened to as a work of those genres – a story in which the character must undertake a journey to overcome obstacles to achieve or find something, with magic, physical feats, and culminating in a profound emotional transformation.

The fresh winds of change have blown yet again, and the stardust of impressively long-running ciclo Frescura has settled in a new home. Their 18th home, in fact. In honor of this, they will be fervently unleashing their countercultural sparks all over the place this Friday at La Casa del Árbol. Organizer Aguerrido has got surprises in store to give us the best of the best of the best of the beautiful fauna that is the Indie Underground. This edition will feature totally pop band Basual, back for their 3rd go at Frescura; the brilliant sensitivity of Gaby Colman, also a third-rounder; the Fresh debut of the unforgettable voice of Alejandra Caballero Rojas; and the trova freak music of Santi Grandone, back for his second Freshness. Stay cool and see you on Friday!

Maria Gabriela Epumer is remembered as one of the most prestigious guitarists of Argentina’s Rock Nacional. She formed part of the group Viuda e Hijas de Roque Enroll and Charly Garcia’s band, among others, and had her own band, A1, with whom she released the album Señorita Corazón. She passed away at age 39, in 2003. This Friday, in homage to this pioneer of women in rock music, five emerging women artists from the local scene will perform at 1040 Polo Cultural: Julia Arbós, Gimena Alvarez Cela, La Gleyze, Oli Morera, and Marina Izu. A short film will also be projected: Pic-Nic, made by Silvana Lopa.

Porque lo digo yo (because I say so): the reason behind all of those absurd demands, what people say when they know that they can’t justify what they’re asking us to be or do or believe. Thence came the idea for an album that we can listen to on the train to be reminded that we haven’t gone crazy, and wanting to complain doesn’t mean we’re ungrateful. We just live in an illogical world and sometimes things get complicated. Personally, this is one of the albums I’ve listened to the most in the last month since it came out, and it was my choice for October’s Monthly Music Roundup, our monthly run-down of our favorite new local releases. Daiana and her band (Sato Valiente on guitar, Claudia Farías on keys, Ariel Roclaw on bass, and Ivo Ferrer on drums) have prepared an incredible show for us, and on top of that, there will also be some theatrical interventions throughout the evening.

Fresh songs and Latin and Rioplatense airs (those would be the good ones I mentioned earlier). Airs of bossa nova, milonga, folk and candombe in the charming vice of Cata Raybaud, Argentinian singer-songwriter, who will be presenting her two latest singles, “Cruz del sur” and “Luna de Noviembre,” this Saturday at Café Vinilo. She has just recently returned from touring Columbia and Cuba, and this will be her final show of the year in Buenos Aires before taking off to tour Brazil. On this occasion, she will be accompanied by Fernanda Ortega Passalacqua (violin) and Diego Sánchez (percussion).

This Sunday, a new space called Cultural Vivo will host an eclectic evening of just the right dosages of psychedelica, new wave, and surf rock. One of our favorite snacks, Niños Envueltos, who recently celebrated the release of their album La Nueva Crema, will be sharing the night with well-behaved undead friends Buenos Vampiros and the naked nenas of Playa Nudista. Come check out the new spot and get your groove on this Sunday evening!