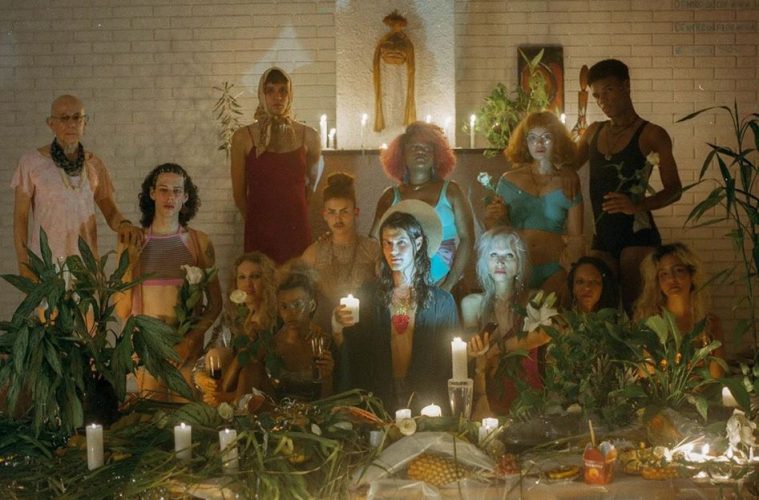 Hey-oh! It’s me, Eze back with another Setlist for all of your musical and fecha needs. I am currently thinking about how I’m going to physically clone myself so I can get to all of these events cause we’ve got a whole bunch of flamenco, folklore, indie synth goodness filling Buenos Aires’ venues this time around. While I research cloning technologies, have a look at what these week’s got in store for y’all:

We are kicking off the week with an explosive double feature: a long-time friend of ours, Paula “La Osa” Maffìa will be playing at Casa Brandon in the context of her latest LP Polvo. This time, however, she’ll be joined by a very special guest: extravagant and pompous actor, musician and performer Filipe Catto. For those of you who are not familiar with this Brazilian spice lord, we’ll link you to some of his work. Don’t say we didn’t warn you: the sass levels are OFF THE F-ing CHARTS!

La Casa del Arbol has consistently organized truly diverse cultural events such as their singer-songwriter ciclos, film nights and communal drawing sessions. This time, they’ll be gathering flamenco artists from the many different corners of Buenos Aires. FLAMENCO FACT: Did you know that the name flamenco comes from the Andalusian expression”fellah min gueir ard”, which means “landless peasant”? Pretty cool, huh? Well anyway, they’ll be repeating this ciclo called Encuentros Flamencos every Thursday of the month so feel free to drop by and stop being a landless peasant! Also, IT’S FREE!

Here at La La Lista, we like to get in a chill jazzy mood every once in a while. And what better time to do so than during the annual Buenos Aires Jazz International Festival, part of which will take place at Thelonious Club. This time the festival will feature singer, arranger and all-around J A Z Z-girl Sara McDonald hailing from the US, locals Pablo Moser, Pía Hernández, Santiago Lamisovski, and Cuban drummer Yissy García. This is a great chance to experience some of the best musicians from the genre in a comfy and laid-back environment. Get your tickets here!

Signed to Goza Records (by Barbi Recanati) and packing one hell of a punch, the pibas from Hija de Tigre present their weird, upbeat, mysterious and at times comedic Jugo Felino, a record that combines oriental sounds with folklore instruments in a way that coalesces into an original sound that we are aching to hear live. Hell, we like this ban so much so we have featured them in one of our monthly music roundups. Give this album a listen and we are sure you’ll also be as hyped as we are! Tix here!

The people from Terrazas Vibes have been consistently releasing sessions during 2019 and they are slowly and steadily making their way in the independent underground. The video above is from those sessions so you’ll be making a good decision if you decide to subscribe to their channel and see what’s in store for next year. Now, however, they’ll be celebrating with some of the artists who’ve recorded sessions with them: Iconic and acutely sarcastic duo Verguenza Ajena, tender, and solemn Estefania Montanaro and painfully sincere Los Leales (from Escuadron Plush Combativo). It’s a la gorra so throw in a few hundies, you know… Cause you are a lovely person like that, aren’t you?

It’s not very often that we get the chance to feature artists who belong to very niche genres such as straight-up folklore and Latin rhythms and this fecha provides us with an opportunity to recommend some up-and-coming musicians from these genres: Firstly we’ve got Paola Ventieri who will present some songs from her album Colores Brillantes which contains some of her compositions. An eclectic album of novel and fresh songs with their own style that combines genres such as jazz, bossa nova and pop. Next, there’s Milagros Majò who’ll be playing some songs off her latest LP Manos de Cielo. which merges pop and folklore in a beautiful mix of both worlds. Indie and reverby bands are ok but it’s nice to listen to some folklore every once in a while, ya know.

If you haven’t got plans for your pre-feriado Sunday then you don’t wanna miss Franiadas’ EP presentation. Franiadas is a bit difficult to define, mainly adhering to indie rock whilst occasionally detouring into sonic synth outbursts and mellow acoustic ballads. This is especially true in La Ansiedad, his latest artistic endeavor. We really don’t wanna spoil it for you so we’ll just let that little snippet video do the talking. Don’t forget who pointed you in the right direction when this dude blows up!