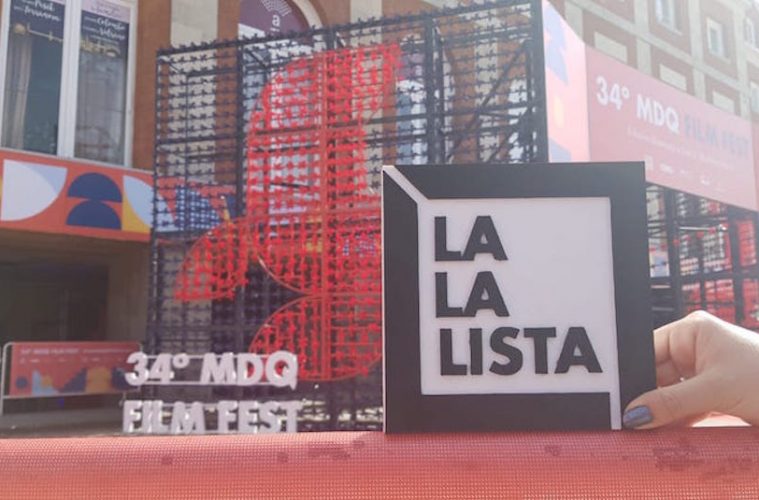 Off the Marquee | Film Picks for November 2019

Hello. Welcome to a new installment of Off the Marquee, your one-stop-shop for everything film-related that’s happening all over Buenos Aires. This time around, we’re going to be zooming out a little bit —  not just because we won’t be focusing on individual film screenings (instead discussing three very different film festivals that will be taking place throughout November), but also because, for the first time ever, we are going to be venturing outside of the confines of Buenos Aires Capital.

That’s right — if this article’s cover image hasn’t tipped you off already, La La Lista is in Mar del Plata! Churros! Rabas! Statues of sea lions! The beach! A beautiful casino we’re definitely staying away from! And, of course, dozens and dozens of screenings of films from all corners of the globe. The Mar del Plata Film Festival is the single most prestigious film event in all of Latin America, and we were fortunate enough to be invited to cover it.

But it’s not just Mar del Plata: there are two other film festivals kicking off in Buenos Aires this month that are definitely worth your time, serving as an awesome display of the breadth of voices and unique styles in film. So, let’s get to it.

This year’s MDQ Film Festival is dedicated to the memory of José Martínez Suárez, a giant of Argentine film who was revered for his work as a director, his mentorship of some of the most significant names in the country’s cinematic history, and his many years spearheading the festival as its artistic director. He passed away earlier this year, so the entire festival is celebrating his legacy with the same passion that Martínez Suárez celebrated film as an artform.

Like every year, the Mar del Plata Film Festival has put together an impressive line-up of diverse movies. There are, of course, big names with highly anticipated films: the uproarious lunacy of Taika Waititi’s Jojo Rabbit, the blacker-than-black comedy and incisive social commentary of Bong Joon-ho’s stunning Parasite (which, after having seen it last night, we can certify as a legit masterpiece), Rian Johnson’s ensemble piece Knives Out, Martin Scorsese’s The Irishman, and Edward Norton’s Motherless Brooklyn, among many others.

But then there are also the smaller, stranger films: María Paz González’s Lina de Lima is a touching story about immigrants and the malleability of home told through musical numbers; Onur Tukel’s self-consciously silly Black Magic for White Boys; Ayar Blasco’s animated tour-de-force Lava; Fernando Salem’s mournful and contemplative La Muerte No Existe y El Amor Tampoco, among hundreds of others. These movies, strange and idiosyncratic as they are, represent the heart of a film festival; the experience of walking into a screening without knowing what to expect and being whisked away into other worlds.

The MDQ film festival kicked off this past Saturday and runs ‘til Monday, November 18th. You’re still on time to make your way to this enchanting city right before the time of year where it becomes an uninhabitable tourist hot spot. Find all the info on the festival’s official website. We’ll be posting reviews of our favorite festival films soon.

Russia has reliably produced some of the most interesting and innovative films over the course of the artform’s history. So if you’re looking to stay within Buenos Aires and want a taste of a different kind of cinema, why not head on over to the first-ever Russian Film Festival?

This festival takes place between the 21st and 27th of November, and it seeks to highlight some of the voices at the forefront of this renaissance in Russian film. The filmmakers (including directors, actors and producers) will be present for the screenings and will engage audience members in Q&A sessions after each film.

There are 15 films that will be participating in the festival, which not only ensures a high quality threshold for selection but also keeps the screenings to a manageable size; I could see myself attending every single one of these. Among the selected films are Valery Todorovsky’s gripping Bolshoi, Kantemir Balagov’s Beanpole, and K. Oganesyan’s Hero.

The festival will take place at Cinépolis Recoleta (formerly Village) as well as Casa de Rusia.

Finally, the Buenos Aires Rojo Sangre, a venerable institution for Argentine cinephiles with a taste for the macabre, the gorey, the fantastical, and the just-plain-weird. Ostensibly a horror film festival but often branching out into more bizarre territories, the good old BARS rolls back into town with a new batch of weirdness for the 20th time. That’s right, The Little Film Festival That Could is celebrating its 20th anniversary, so this will be an extra-special installment.

There are, essentially, two kinds of BARS screenings: the standard ones, which make up the majority of the film festival, where you can sit down to watch an interesting film and have a good time. But then there are also the screenings (usually the ones that happen late at night) that turn into raucous, uproarious affairs, with audience members getting wrapped up in each film’s bizarre turns, reacting viscerally and with abandon, amping up the communal aspect of the film experience. It’s truly something to behold.

This year’s BARS kicks off November 20th. The program hasn’t been announced yet, but it will be any time soon, so watch this space for news on the schedule, special guests, and activities.

That’s it for this edition of Off the Marquee. Hopefully one of these three awesome film festivals piques your interest and you discover your favorite new film. Now if you’ll excuse us — we have about 50 movies to watch today.