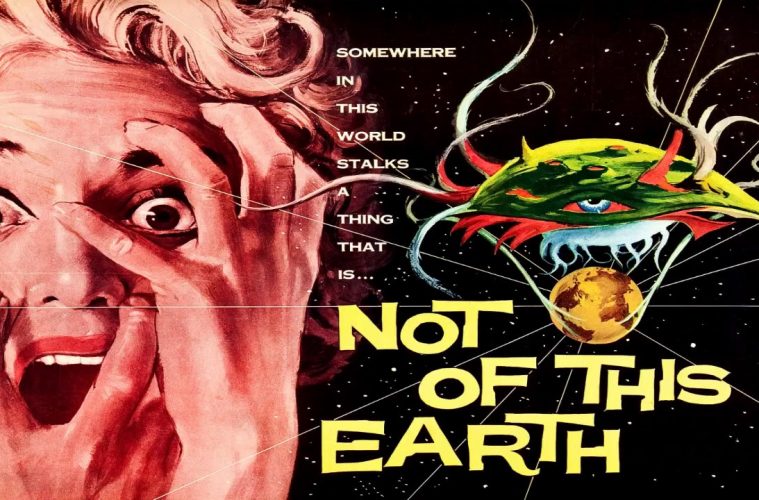 Off the Marquee | Film Picks for October

Welcome to this month’s installment of Off the Marquee, your one-stop shop for interesting, off-the-beaten path films being screened in the city of Buenos Aires.

October is the spookiest month and so we have a bunch of real spooky selections for you. Actually, we only have a couple of spooky selections. Truth be told, they may not even be that spooky. Look, “spooky” is super subjective, and anyway, genre is descriptivist and not prescriptivist, so anything can be a horror movie if you look at it in a certain light. Yes, even Love Actually. Especially Love Actually.

Without any further ado, here’s our list of interesting screenings happening in the next few weeks!

Juan Solanas’s Que Sea Ley is a sobering look at the fight for abortion rights in Argentina, an issue that has become especially heated in the last couple of years. Tracking the debate through everyday social interactions, political hearings, and civil unrest in the streets, it is a stark reminder that the fight for women’s bodily autonomy is far from over.
Screening details

A Colombian film that explores a painful side of the country’s history, which has sadly become synonymous with its name: the drug trade. Set in the 1970s, in the midst of the North American drug explosion, as hippies made mysticism (and cultural appropriation!) cool again. As this sort of thing tends to go, ordinary people’s lives are quickly turned upside down; a small Wayuu family in the Guajira desert has to quickly adapt to stay at the forefront of this booming new business, while also trying to stay alive in the process.
Screening details

It’s easy to fall into routine. When you have a living to make and your job takes you back and forth from the city into the suburbs, it’s hard not to feel like you’re just floating around like a ghost. And, from the outside looking in, that may be exactly what is happening. But what often evades our view is that these routines hide secrets, painful memories, and wishes for a fresh new start. Gustavo Fontán’s La Deuda takes a look at the life of one of these people stuck in routine, unpacking the hurt inside and how that informs their actions every day.
Screening details

Benedikt Erlingsson’s Woman at War is a triumph, and one of the most interesting and poignant films in recent years. Through unconventional storytelling methods, a pitch-black sense of humor, and truly stunning photography of the Icelandic landscape, the film explores the life of an environmental activist, painted by the media as an eco-terrorist, as she lives a double life as a choir instructor. As she ramps up her efforts to de-stabilize the country’s energy industry, she is also told that her adoption request has been approved. Now she must decide if she wants to continue down this path, or fulfill her lifelong dream of being a mom. A stunning film.
Screening details

The ever-affable Diego Peretti stars in this dramatic comedy by the directorial duo of Rania Attieh and Daniel García as a man who needs to come to terms with his failed career as an actor, and whose desperation leads him to becoming involved with the world of crime. An often irreverent take on the hard-boiled noir subgenre, with splashes of both darkness and comedic brilliance throughout.
Screening details

A highly-acclaimed political thriller from Spain, Rodrigo Sorogoyen’s El Reino de la Corrupción tells the story of a high-powered politician whose life and career begin to crumble as certain sensitive information is leaked to the media.
Screening details

Andrei Tarkovsky is as much a filmmaker as he is a visual poet. One of the all-time greats of European cinema, he only made seven feature films, but each one is uniquely powerful and moving. The folks at Rapsodia Cinema have been dedicating the last several months to his filmography, and the next screening is his masterpiece Stalker on Friday October 18th. Don’t miss it.
Screening details

Trauma Studios is throwing this event on Saturday October 19th to raise funds for their next short film. They’ll be screening several local-made shorts, including horror, fantasy, and all kinds of off-the-wall stuff. Entry fee is a measly $50. Help them out!
Screening details

The Ciclo de Cine Argentino Reciente at Centro Cultural de la Memoria Haroldo Conti has been dedicated to highlighting some of the most notable films in this country’s recent cinematic history; this time around, they are hosting a three-part screening of Mariano Llinás’s maximalistic masterpiece La Flor. In case you didn’t know, La Flor is a fourteen-hour movie. Yes, it’s a movie, not a TV show screened on a big screen; its length is absolutely necessary for the development of its themes and the meta-contextual ideas it explores. Split into three separate screenings (with intermissions roughly every two hours), it’s a celebration of narrative and cinema at its purest form. It might sound daunting, but trust me, it is an absolutely thrilling experience to sit through.
Screening details

We couldn’t wrap up October’s film roundup without picking a horror B-movie double feature by the master himself, Roger Corman. On November 1st (close enough!), the gorgeous MALBA will be screening two of Corman’s campiest masterpieces: 1961’s Creature from the Haunted Sea and 1957’s Not of this Earth.
Screening details