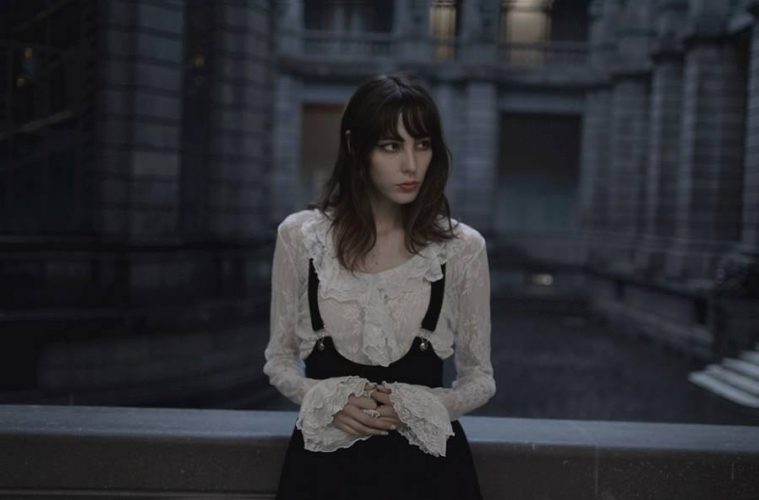 Back in La La Lista by popular demand, the new installment of the High 5 series highlights a fresh batch of new albums from Argentina, Peru, Mexico, and Brazil.

Hailing from Oaxaca, Dani Shivers has made an album that seems designed to serve as an explanation for why people use the adjective “infectious” when describing pop music. At its best, it sounds like a veil that’s lifted, and the sound of a celebration, when the songs run parallel with day-to-day tragedies. Yes, it might fall under the category of “lo-fi bedroom pop.” Yes, many of the songs on this album could be described as what was known in pre-Internet days as “radio-friendly,” but the story told through these seven tracks mostly radiate something that we’ll call, for lack of a better term, honesty.

Tomás Burón’s debut solo album (Moretones) has one foot in the swamp and the other atop a piece of rusty metal. The swamp is close to the hallucinatory revamp that a generation of Australians experienced after listening to The Gun Club. Cromosoma‘s piece of rusty metal tries to find a way to revert the noise pollution with which Capital and Gran Buenos Aires attack their inhabitants as they serenely observe the industrial decay around them. Yeah, okay, this one’s from 2018, but it’s still new to you.

More than shoegaze pioneers worldwide, Peruvians Coco Cielo and Mario Silvania formed a duo with the mission to escape the world through a telescope. With the latter fronting the band, Y El Satélite Se Fue could be a true tribute to Lou Reed’s “Satellite of Love,” in which the ship pleasantly explodes into a thousand pieces. But the song doesn’t end with a bang; instead, it fades with a minute of ghostly female vocals bidding the mission farewell.

Objeto A has been in the Sao Paulo indie scene for many years and, at first, his project was a sort of objectivist punk that introduced an entire generation to The Modern Lovers. His new album features several small electronic pieces in which the drama grows in crescendo, as if the author wasn’t concerned with giving life to inanimate objects through his lyrics anymore, but instead becoming one of them and playing musical frequencies from that space. During this process, one can only guess the complexity of returning to the human form.

If everything goes well, there will always be a group of people in the outskirts of Capital interested in dancing on the tomb of Argentine electronic pop music, something that is almost always is expressed thusly: “there was once a musical sub-genre that was almost techno but wasn’t played in nightclubs. It had lyrics and beats that escaped the obvious.” One of the most remarkable qualities of Venus en Tauro is its eagerness to break the limitations of its own style.

Part of a series titled Perspectives in Afro-Peruvian music, this album by percussionist Cotito serves as the recovery of very important audio material. Not because it’s a rediscovery — the recordings are new — but because the spirit of the music is intact. And, if there happens to be a hint of fusion in his music, it seems to be the coherent result of his own musical form and not a product designed for export.