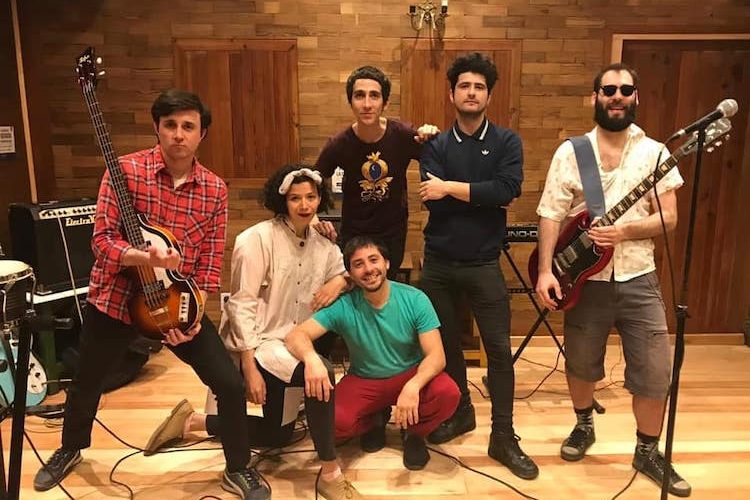 It’s Libra season! The BEST season with the BEST music, obviously, because Libras are the BEST! (Can you guess what sign I am?) Unfortunately I will be spending most of this Libra season recovering from a surgery which I will be having this coming Tuesday. (Remember how I’ve been sick since June, faithful readers? Yes, the surgery hopefully will put an end to this.) So, Ezequiel will be taking over the Setlist for the next few weeks while I recover. In the mean time, there’s still plenty of awesome cool incredible live music events to be attended. Here’s our lineup for this week:

Elefante en la Habitación and Cosmos, Desarrollo Artístico have teamed up to bring us a night of funky fun this Thursday at Niceto. Monotoro, the musical project of Mendocino Juampi Di Césare, and Maximiliano Calvo, former member of Intrépidos Navegantes, will continue presenting their most recent release El extraño día que no salí de casa. Alternative funk-pop artist Guli and his band will infect you with their super-contagious groove virus, and Colgado (Gonza Elizondo of Microdiscos) will invite us temporarily into his strange corner of the cosmos. You can get tickets online by clicking here.

80s-inspired indie pop band Amplilabial has been hard at work on a new album with producer Ale Schuster (of Viva Elástico) and BPM Discos. This Friday at Strummer they will celebrate the birth of the record 2020 (truly ahead of its time) and will play the album live in its entirety along with some special invited guest musicians which are rumored to include Penny of Penny Peligro. Rayos de la Niñez, a trio of indie crybabies, will be kicking off the party.

Not sure why they are having an earthly night when is is LIBRA SEASON…weird flex but okay!! Despite the elemental confusion, it’s sure to be a great show, featuring three stoner rock (ahh, now I understand – they’re so high they think we’re still in Virgo!) bands. Brishit Bardo is an all-woman trio from Buenos Aires formed in 2012, drawing influence from stoner, metal, and grunge. Their central focus is a heavy and compact sound enhanced by emphatically liberating lyrics, and they plan on totally demolishing Panda Rojo this Friday. Bisonte is a stoner rock trio from La Plata with a formidable riff-heavy sound, and they promise to bring the intensity.

Damsel Talk (alter ego of Jenny Moule), the wacky and wonderful British-Argentinian jazz-vaudeville-glam noir sensation who we recently featured in an interview, is releasing a brand spanking new album, Darling Darling and Other Stories. The album transports its listener into Damsel Talk’s vaudeville universe, with songs, improvisations, and satirical monologues reminiscent of a spastic circus. The release of the album will be celebrated with a live show this Saturday night at the Club Atlético Fernández Fierro in Almagro.

This Saturday we meet again at Rabia Bar, to celebrate the new releases of Erika Chuwoki (Montevideo), Surikata Ki (Córdoba) and Placard. Erika Chuwoki is a rock band with a decade of experience in the Montevidean scene, with a sound comparable to British pop/rock, ears attuned to rioplatense rock, and lyrics charged with irony. They are currently presenting MUTE, their third album. Placard is a group that evades classification, makers of a mutative style that ranges from the hardest of rock to the gentlest of pop. They recently celebrated the release of Yendo in Matienzo, and will be presenting the new album again this Saturday. Surikata Ki: energetic, subtle, groovy, and danceable, they will be presenting their latest single, Deuda.

DILDA Feminist Festival, an event where women, trans*, and non-binary artists claim their space on stage. This Sunday’s featured artists include Maca Mona, whose new album Kalanchoe was featured in this September’s Monthly Music Roundup of best new local releases; Solentina, who we featured in an interview last month; and Sofia Naara (of Mugre).