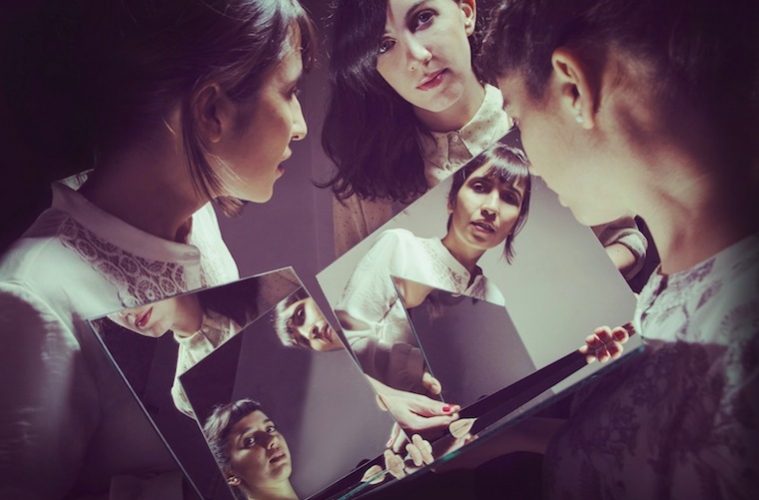 Today Argentina celebrates Teachers’ Day! And like any national holiday, it’s got its fair share of turbio dead white man racist bullshit to go along with it. But we’re not gonna talk about how Sarmiento’s idea of education was based on a dichotomy of civilization vs. savagery. I’m just going to leave you with one friendly reminder before getting to the agenda: jet fuel can’t melt live music!

107 Faunos with Glass in Buenos Aires

This Wednesday, 107 Faunos returns to La Tangente to play songs from their recent release Madura el dulce fruto and some from the anticipated El ataque suave, which will be produced this November and released under Discos Laptra. Separating themselves from the ever-changing musical fads of today’s indie scene, Faunos focus their work on the ineffable, diving for pearls in the noise of the depths of quotidian life. Invited artist Glass will open the evening with a set of dream-synth-pop songs just as surreal as they are ethereal. Click here to buy tickets online.

MUTEK is a not-for-profit organization dedicated to the dissemination and development of digital creativity in sound, music, and audio-visual art. Its principal activity is the annual presentation of its namesake festival, which has taken place in Montreal since 2000. Its mandate is to provide a platform for the most original and visionary artists currently working in their fields, with the intent of providing an outlet of initiation and discovery for the audiences it seeks to develop. The festival will take place in Buenos Aires on September 12th, 13th, and 14th in various places throughout the city including Planetario BA, Palacio Alsina, Centro Cultural Kirchner, La Tangente and more. The final lineup will be composed of a majority of women artists, with a strong Latin American presence, and a wide range of distinct projects.

Click here to view the full schedule of events and prices.

The wild freshness is back, along with a hefty side serving of manija, and getting an early start this Thursday to celebrate the big 100! Frescura: a breath of fresh air in in the saturated climate of Buenos Aires’ indie-under scene, that rises like steam from the pile of shit that the city constructs in the spirits of its inhabitants. Ah, so fresh. This special 100th edition welcomes artists Laika Vive and Rabia de Hoy for their 3rd Fresh; Tobny Houston and Lihue Bruno for their 2nd Fresh; and DELFIN, who will be making their Fresh debut.

Facu Tobogán, the voice of Tobogán Andaluz, will play his last solo show of the year in Capital, this Thursday at Multiespacio Korova for free! Singer-songwriter Facu Tobogán started playing music in 2006 and was part of various punk-rock groups before forming the noise duo Los Juguetes Vivos in 2009, the same year he started playing with Tobogán Andaluz. Facu’s most recent album is Teléfono Blanco, released in January of 2019.

The Verb #21: To Emerge · Living Literature at Club Cultural Matienzo

Ciclo El Verbo returns in September for its 21st edition: emerger (to emerge), in the lovely Club Cultural Matienzo. Writers Inés Púrpura and Nadia Lozano will be sharing some of their works, and the readings will be accompanied by performances of other artistic disciplines that will be carried out by Sofia Martinez and Bicho Reactor. Other texts by this month’s writers will be sung, transformed into song by musicians Carolina Donati and María Pien. The event will happen over the course of two hours starting at 8pm and ending at 10pm.

This Friday at Centro Cultural Konex, Las Ligas Menores are up to bat, sharing the field with Rosario Blefari’s band Sue Mon Mont and the cloudy motorsaw sounds of Atrás Hay Truenos. Las Ligas are an Argentinian band that has been playing shows in Argentina and all over the world, and even made the Coachella lineup one year.

Paula Maffía and Amor Elefante are kicking of an #AMORÍOPRIMAVERAL and they’ll be celebrating it with a night of musical romance where songs are exchanged for letters, and melodies for cups: Paula Maffia & Sons and Amor Elefante teamed up for a simultaneous album release, and now they’re daring to take to the stage together to share their creations with the world. The hot date is this Saturday, September 14th at El Teatro Mandril. The two concerts will be followed by a big party!

TPB in the bedroom, TPB in the kitchen. TPB in the yard and also in the pool. If you thought that TPB could only happen at home, well, you were wrong. Come to TPB fest to get yourself a delicious treat while you listen to the excellent bands who will be performing at this edition of TPB fest: Carmín, Lav Sema, ¡Shorts! and Lascavx. What is TPB? If you watch the video above it will be made clear to you. If you don’t understand Spanish…well, good for you. Seriously.