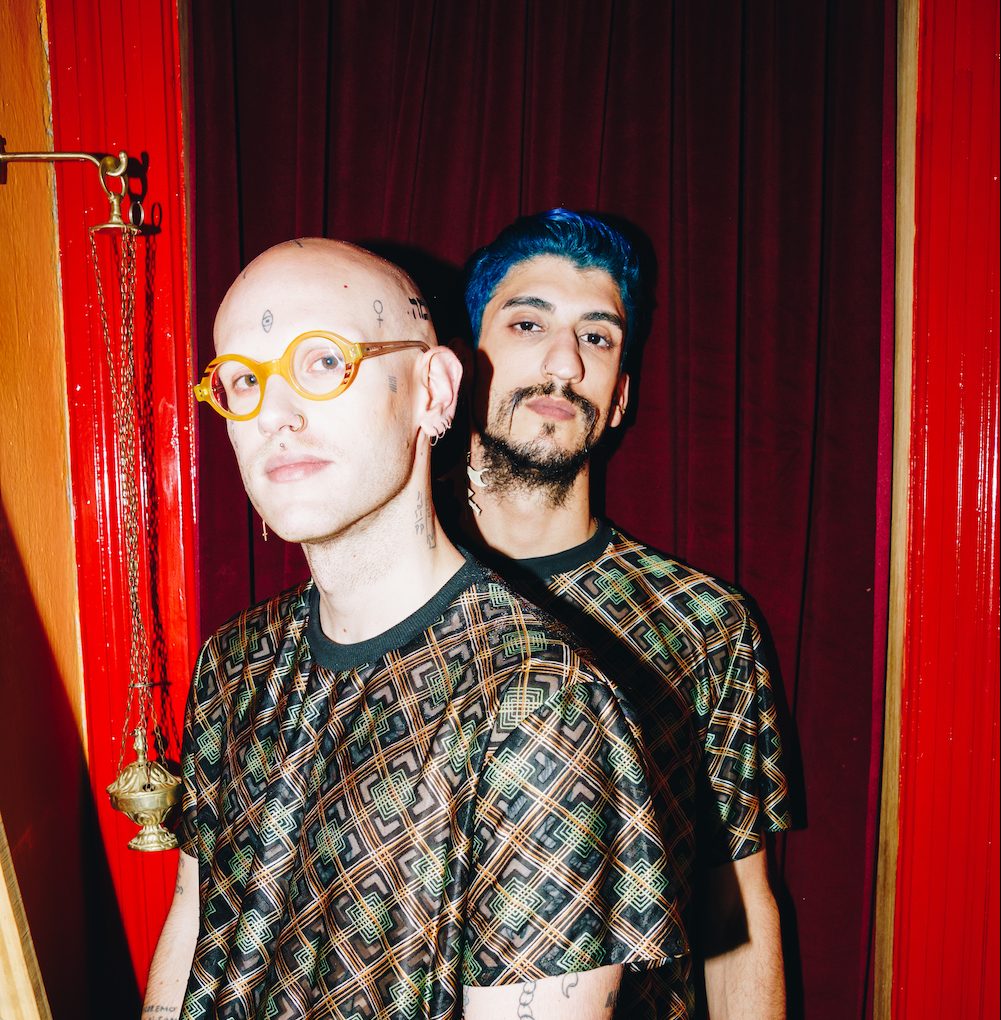 “We try to make odes to beauty” – Tebas

Paco Neimas and Horacio Rubianes are the creators of Tebas. Through their combined wit and talent, they managed to infuse life into a clothing brand that aims to break binary schemes and gender stereotypes. Different disciplines like philosophy, music, and art not only nourish the concept behind each collection, but also enrich a message that aims for freedom, beauty, and equality.

This project was born a year ago and, despite being quite incipient, the innovation, the dynamics and the message they get across with each campaign, have brought them visibility within the scene. Anyway, the people behind the brand aren’t interested  in being recognized by the mainstream fashion scene, but by making changes through this vehicle. This is evident in their fashion shows, where everything revolves around a theme that tries to convey a message that is often controversial and disruptive. The staff, both on and off the runway, faithfully represent the brand’s message; plus-size models and drag artists usually collaborate in their events. But there’s another detail to be considered regarding Tebas, and that’s the addition of music production to this initiative. They’re the first Argentine label to produce queer artists, which is another important detail of this DIY project.

We spoke with the brand’s creators to gain a more profound insight into their convictions, why they do what they do, and where they’re going.

What piqued your interest about the fashion world? Is there anything in particular that stimulated you?

We’ve always felt the need to do something that transformed our social environment. I studied philosophy in UBA, and music in a conservatory in Buenos Aires. Horacio is a painter. We had multiple projects, like a music producing company or an astrology magazine, but none of them worked out. I think all of them were lacking what we found later on, which is that ability fashion has to change social moods; we were really drawn by that.

We found a channel that allowed us to share life experiences and concepts, which we worked on for quite some time. Fashion allows you to share conceptually complex ideas at a larger level. It’s a bit like we’re getting into the fashion world to destroy it, and to expose the pillars that this industry, one of the most trivial and shallow of these post-modern times, creates and, being so fragile, to take it to its own destruction. For us it’s hard to live everyday in that environment, living with what one considers to be the truth and true happiness, and, on the other hand, the shallowness of the fashion world. Keeping yourself balanced is super difficult. Another thing that’s pretty clear for us is that we never think of gender when we think about clothing, but because it’s something that simply doesn’t have to be questioned. 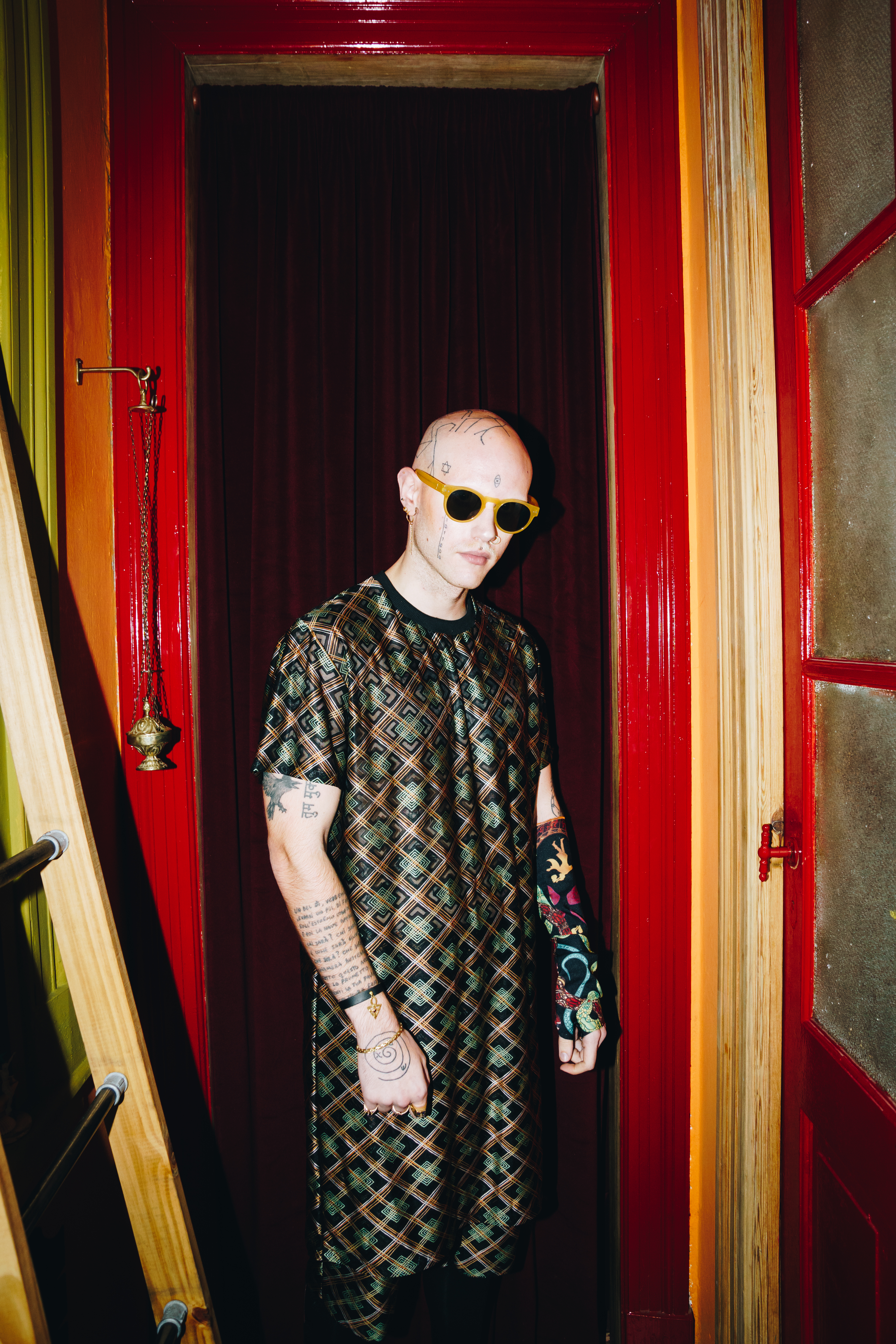 What sort of concepts do you draw inspiration from to make your clothes? Are they related to the ideas and values that represent the project?

We usually begin with pretty abstract concepts. It’s important to mention that none of us studied fashion design, so our methods might be a little unorthodox or even unprofessional, but it’s what works for us. Initially, the project’s values and ideas motivate us, and they’re usually the trigger to more formal content that ends up in clothes, wardrobes, and staging, which is the most important thing for us. We not only design the clothes, but we also put a special emphasis on the presentation. Simultaneously with the collection, we produce an EP and a soundtrack for an artist. For us, putting together a collection is creating a conceptual universe that draws from our own values. For example, in our second fashion show, last September, it was all about “beauty” and how we live the concept of beauty through our bodies. In our third fashion show, we did a little research on the concept of “dogma” and how the cult world affects our environment. From all of these axes we get our colors, the clothes, our molding, our plots, and our pattern.

You mentioned values earlier, which values are you speaking of?

Specifically, our search was always a dual one. We could say we’re all about freedom and beauty: to be able to investigate the link between being beautiful and being free in real life. I understand that’s utopia and I think we’re very far from finding a solution, but those are our ideals and the reasons behind everything. We see that the fashion industry, totally lacking freedom, works and produces through not only productive slavery, but also the slavery of stereotypes. People consume fashion because they’re not okay with themselves, because if that’s not the case, we’re talking about beauty, and beauty is timeless, it doesn’t have any seasons. With Tebas, we try to get away from temporality. We try to make odes to beauty.

When you were starting, how did you guys make yourself visible, taking into account the competitiveness in the fashion world?

The brand is very young, and I think we still have a long way to go. We never had any kind of marketing strategy, and I hope we never do because I find that very boring. We could say that when we only had the idea of starting a clothing brand, and didn’t know how to sow or mold, we designated ourselves as fashion designers and created the project’s social media. We also started wearing our clothes to all of the events in Buenos Aires. We didn’t have the capital, so we hustled to make the clothes. In fact, we still don’t have it, but we have some sort of barter economy that allows us to carry on with all this.

In the presentation of your different collections, you make it very clear that audacity and exquisiteness are typical of, not only your creations, but the whole message that prevails behind this project. What do you want to convey with this multiplicity of expressions?

All of this comes from a deep sadness and grief that we’ve experienced and currently experience as a society. Since I can remember freedom has always been a problem, when it shouldn’t be. All of our ideas come from that, from a necessity that makes you wonder if it’s possible to change the circumstances that oppress you. What we what to convey will all this is that it’s possible to overcome all the social incrustations represented by the education we’ve received from our families, society, and the media. Despite all this, we can do something with ourselves.

What are some of your future aspirations?

These are vast and they’re all slowly coming together. We’re creating a separate entity from “Tebas Indumentaria,” which will obviously keep existing, but it will be integrated into something more comprehensive that is “House of Tebas,” a culture and arts company that integrates the different branches of our vision— covering fashion, music production, and even an art gallery.