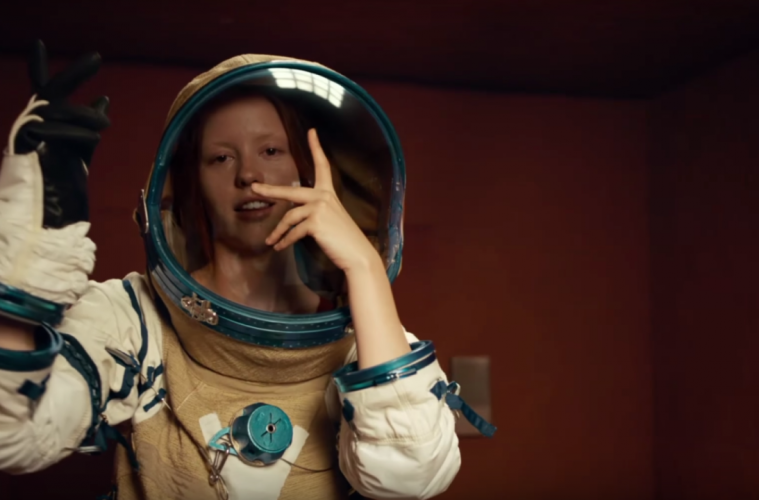 Off the Marquee | Film Picks for September

When I was a little kid, I used to watch reruns of the 1960s Adam West Batman TV show with my grandfather. Though long outdated and already squarely within the realm of passé — especially for the early nineties — I used to love that show. My granddad and I would make it a weekly thing, munching on treats and marveling at the brightly colored adventures of the Caped Crusader and his adopted adult son. So when trailers and ad spots for the 1992 Tim Burton film Batman Returns started showing up on TV, I was beyond excited for the opportunity to see my hero on the big screen. My parents would hold it over my head for weeks — “be good or you won’t see the Batman movie with grandpa.” I was the most well-behaved kid in the northern hemisphere.

The day came and grandpa and I made our way to the movie theater. But when we got to the ticket box, I was crushed to learn that the screening was sold out. I felt my whole world falling apart around me. I had failed. I had failed myself, and I had failed Batman, and there was nothing no one could ever do to make it better. Despite my grandfather’s insistence that we could catch a different screening, I knew in my 5-year-old mind that this had been my only opportunity, and I squandered it. I sat on the floor by the entrance and started crying. My grandfather, who was a very sensitive man, sat down next to me and tried to console me, but my desolation was far too strong and he eventually started crying too.

So there we were — a chubby five-year-old and a 60 year old man, sitting by the entrance of a movie theater, sobbing. A man came out and, upon witnessing the pathetic scene, asked us what the problem was. My grandpa composed himself and explained the situation, to which the man responded that he was the manager of the movie theater and could get us in for free. He walked us in, provided us with plastic chairs to sit in the back of the room (as the theater was packed), and for the next 90 minutes I was the happiest kid you’d ever seen. The movie was everything I could have wanted.

And when the film ended, my granddad went to find the manager to thank him. He said it was no problem, and asked if I wanted to see the projection room. He led us in the musty little space and showed us how the reel-to-reel worked, finally bringing the magic of film to an earthly plane. I can point to that specific moment as the exact start of my film fandom. What does this have to do with Off the Marquee, our monthly column highlighting the most interesting films currently showing in Buenos Aires? Well, truthfully, not a lot. But I needed an intro and was tired of writing about time’s cruel arrows and how the world is going to hell.

Here are this months picks.

A Man in a Hurry

A quirky French comedy with a lot of heart, director Hervé Mimran’s A Man in a Hurry attempts to make the audience empathize with one of the vilest type of people in the world: CEOs of enormous companies. You can almost imagine the trailer voice-over, if trailers still featured voice-overs: Alain had everything. A great job. A loving family. A collection of fancy cars. But one day, it all changed. Now this business bigwig must learn to value the little things in life. Something like that. But this film’s evident charm, warmth and humor elevates it from its at-first-glance insipid premise.
Screening details

From a quirky French comedy to an interesting documentary about refugees. That is how we roll here at La La Lista. Santiago, Italia explores the stories of a group of people who, during Pinochet’s coup in 1970s Chile, found asylum in the Italian embassy in Santiago de Chile. It tells these stories through extensive interviews with people who were directly involved; a fascinating story of resilience and survival.
Screening details

Oh, hey, speaking of Batman. Robert Pattinson is our new Dark Knight, slated to make his debut in the cape-and-cowl on director Matt Reeves’s upcoming The Batman. Best known as some kind of vampire heartthrob in a series of teen movies I never saw, Pattinson has been busy building up his career with interesting films such as High Life, director Claire Denis’s strange sci-fi tale about a group of criminals on a mission to travel on a spaceship toward a black hole which also function as an allegory about human connection.
Screening details

Director Fernando Martínez’s Cuando los Hombres Quedan Solos is interested in exploring the ways in which our pasts shape our present, and how these different pasts intersect with each other. The film follows a former paramilitary operative from a Bolivian dictatorship who is now a grandfather. He’s been able to keep the ghosts from his past at bay, but the delicate family balance falls apart when the mother of his grandchildren comes seeking to take them away.
Screening details

Here’s something a bit different: La Escuela Contra el Margen is a documentary by directors Diego Carabelli and Lisandro Gonzalez Ursi, tracking the experience of a group of students in a working-class school in Villa Lugano, on the outskirts of Buenos Aires. The film captures a full year in their lives as they attempt to put together a map of the neighborhood. A smart, incisive look at class disparity, and the tenacity of this group of young people.
Screening details

Imagine you’re in a relationship. And your partner tells you they’re expecting. And it’s not yours. And it’s a mutual friend’s. And you have to leave the house in ten days. And then eight years pass and you find out your friend has died. And your ex is suddenly back in your life. And your dead friend’s little sister is in love with you. A romantic farce with a strong Nouvelle Vague influence, this delightful comedy by writer, director and star Louis Garrel also stars Lily-Rose Depp and Laetitia Casta.
Screening details

A famous actress learns in the same night that her manager and romantic partner is both taking advantage of her economically and also cheating on her. She deals with this crushing news the only way a famous actress knows how: by embarking on a long journey across the desert on her own. Director Martín Jauregui’s taut human drama about aimlessness in the face of personal crisis is a captivating, fascinating watch.
Screening details

A charming dramatic comedy by director Natalia Smirnoff. Clara is a children’s author who has just received the most important award in children’s literature. In search for some peace and quiet, she decides to move to the countryside with her family. There, she reconnects with two childhood friends: her old boyfriend Ariel, as well as his brother Carlos. As things tend to go, this sudden change sends her into a bit of a tailspin, and she starts questioning the decisions she’s made in her life.
Screening details