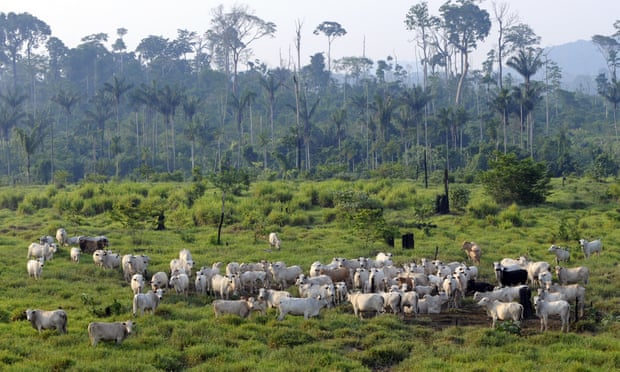 What to Eat When the World’s on Fire? | A Letter from Our Food Writer

For the last few weeks, flames have spread across the Amazon rainforest. Nearly a soccer field of nature is eaten up by deforestation every single minute, that according to Brazil’s National Institute for Space Research. Deforestation rose in June nearly 90% in comparison with the same month the year prior. In July, the percentage growth hit 280%.

Cattle ranchers are the prime offenders; they are responsible for 80% of deforestation, that according to the Yale School of Forestry and Environmental Studies. Bolsonaro’s carte blanche to clear cut and burn the forest to build pastures to fill the global demand for beef exasperates the already alarming numbers. Much of the beef in Brazil is consumed internally but its beef export market has grown substantially over the last decade, particularly to Asia.

And although Brazil’s beef industry isn’t a player in our own local consumption, what we are seeing in Brazil isn’t isolated. In the Gran Chaco, an expanse of land that covers Northern Argentina, Paraguay and Bolivia, cattle ranchers are propellers of deforestation, as well.

This fire is the personification of changes in our diets and the global agriculture industry over the last 60 years. A big, flaming mirror to the destruction we are willing to accept to fuel national economies and global hunger pangs. Meat production today is almost five times higher than in the 1960s – from 70 million tonnes to more than 330 as of 2017 according to the UN Food and Agriculture Organization. Of course, the rapid increase is partially caused by the most important component of global ecological changes: a double in world population during the same timeline. More people means more food – the numbers are still alarmingly disproportionate.

Now, I am not about to go vegan—and not just because I happen to really like pastrami. The most exhaustive study to date, on reducing food’s environmental impact performed by the University of Oxford, suggests the contrary after following nearly 40,000 farms across the globe. Rather, the study concludes that we cut out or drastically reduce consumption of beef and dairy – which constitutes 80% of farmland while only producing 18% of global calorie intake. You can read cliff notes of that study in the Guardian here or read the full study for yourself here. For an additional cry for omnivorous food systems and rotational grazing over strict veganism here.

All of this is a long road to answer the question I continuously find myself asking – how does a food writer write and keep a clear conscious? I don’t have the answer. I don’t know if I ever will. Partly, because I don’t believe the world is a binary place divided between right and wrong. Only promoting organic restaurants, for example, would be a classist exercise in activism.

For now, I think, the answer is promoting as best I can better consumption habits with the circles of people willing to engage with them while learning to not be driven crazy by the existential dilemmas of the agricultural complex that we all unwillfully participate in.

So while I am on the lookout for restaurants with ecological consciousness – farm to table philosophies and menus that incorporate organic and natural food and drink – I’m also looking to highlight dishes that funnel my money into less invasive food systems. And it doesn’t mean that I’ll stop writing about pastrami, either. Just in moderation.

For now, a short-list of restaurants with a commitment to the environment. This is by no means exhaustive and some projects may cross-over. The vegan menus at Donnet, JAAM and Sacro; vegetable-forward menus at Anafe, Lardo & Rosemary, Gran Dabbang, Yedra Cocina and my own MASA; and a commitment to farm-to-table, organic and/or sustainable agriculture and on-site kitchen practices at LUPA, El Obrador, 13 Fronteras, La Pebeta and Vallegrande.