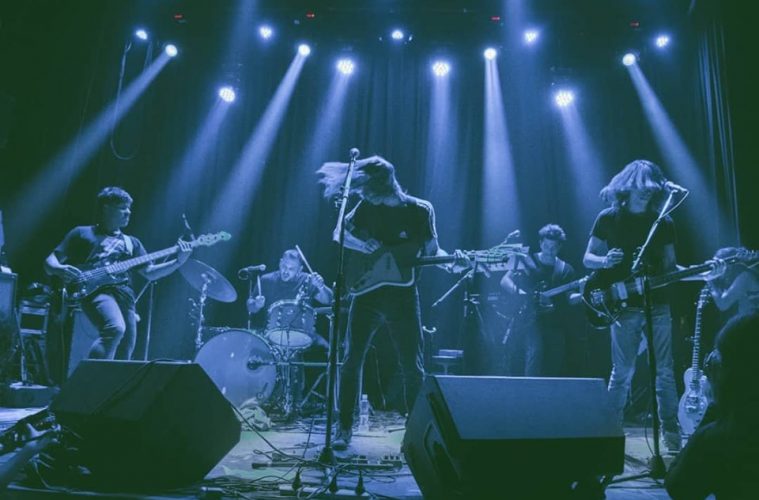 It’s Wednesday. You know what that means. Every week you come here for your latest serving of live show recommendations and obscure genre descriptions. Every week we deliver. We are forever entangled in this uroboros dance and neither one of us wants it to stop. So let’s keep it going. It’s La Lista!

The kind folks at Fuego Amigo Discos know very well how music can be a balm. A lighthouse guiding us through the fog. A caring best friend in troubled times. That’s why they’ve put together the Necesidad & Urgencia concert series, the fourth installment of which features performances by psychedelic indie-poppers c o s t a s, the sparkly heart-songs of Penny Peligro, and Deschu y Los Parrilleros del Paraná. Also, forget the notion that “rock shows in Buenos Aires start 2 hours later than advertised” — the music starts at 8 PM sharp!

Or head on over to Casa Sofía for this excellent three-course meal featuring the Americana-tinged folk-rock of La Máquina Sensible, the post-punk of Los Cerros, and the subtly infectious, delightfully dynamic Los Aullidos. I’d like to also use this opportunity to acknowledge how weird it was that I referred to these bands as a “meal.” They are not food. They are human people.

Any chance you can get to attend a show at the legendary Salón Pueyrredón is a good one (except for the time I tried to get in a surprise NOFX performance and ended up walking home with my tail between my legs). The fourth edition of the Darklands series promises a thrillingly disturbing tour through the darker corners of the human psyche, with a DJ set by electro-pop duo Telefonema as well as performances by noise-poppers Re Signados, psychedelic experimental garage-rockers Dr. Faustroll, the nihilistic punk of Liza, and the ever-brilliant Deportivo Alemán.

CostituyonProstitushon has one of our favorite band names in recent memory. With a name like that, does it even matter what they sound like? Thankfully they sound pretty good, exploring a sort of lo-fi psychedelia that feels like it’s about to fall apart at any minute. They’re celebrating the release of their first EP with support from Fanzine and Murciégalo.

Folie and Playa Sintética at Rabia

Folie‘s brand of indie-rock is built around utterly catchy hooks, dynamic guitar parts, and a propulsive rhythm section — their EP El Gran Tornado is one of our favorite releases in recent memory. They’ll be playing those songs (and more!) with support from punky surf-rockers Playa Sintética.

Part of the journey is the end, and pop (err… maybe not?) musician Lucas Marti takes a leap of faith here by saying goodbye to his pop career and plunging head-first into the world of heavy rock music. It’s a commendable choice, for sure, to realize that you’re no longer quite on the same page as a genre that you used to love. This is his “farewell gig” from pop music, which is an intriguing proposition, and we are super curious to know what’s next for him.

Justo Antes de la Guerra con los Esquimales is another killer band name. They’ll be playing their jangly brand of dream pop at Niceto Lado B along with indie-rockers La Teoria del Caos and the punky Cabeza Flotante — truly a collection of strong band names and even stronger hooks.

The inaugural installment of the [Emerger] series at Otra Historia seeks to bring together diverse artists making strange and interesting music; at this show, you’ll be able to hear the IDM-tinged work of Contenti, the electro-pop of Ficción,  the hazy lo-fi post-punk of Las Eras, and the delightfully synthy work of Erich Larsson.

And finally for this week, we have this charming show that stands in sharp contrast with the type of stuff we usually feature in this here column. For one thing, it starts at 4:30 PM and is a decidedly kid-friendly affair. The “Canciones Que Me Hicieron Fuerte” features musicians sharing the songs that they connected with and taught them valuable lessons — a celebration of music not just as a tool for self-expression, but as a resource for understanding the world around us. Folk singer Rosario Bléfari plays the first of this four-date concert series. So forget the musty, darkened Palermo night haunts and join us for this positively adorable show. It’ll be fun.