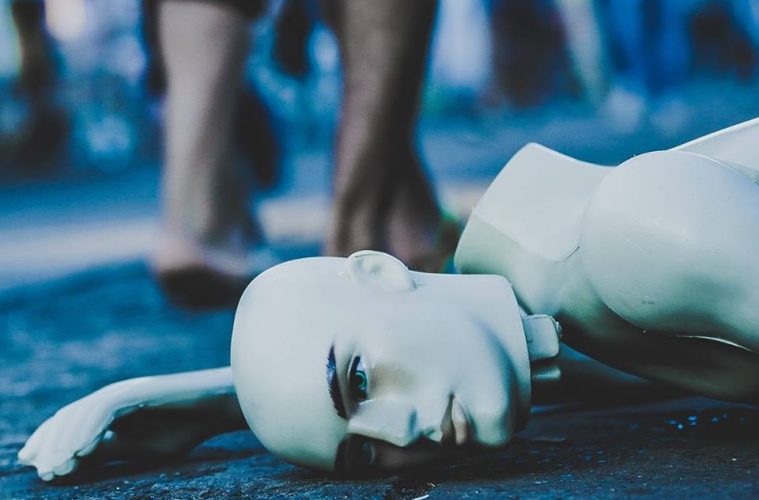 When I was a kid, hosting a radio show was the most exciting thing that I could think of. Having a space where I could broadcast the music I loved, talk about the things I cared about, and even interview the artists who made the music that I connected with? That’s still an extremely exciting proposition, and the reason I ever got into podcasting. It’s also one of the reasons why La La Lista is even a thing. We all want to share the art that moves us, and put a spotlight on the art that moves us, that we consider deserving of a wider audience.

This is the concept behind Nuevos Pero Rotos, a weekly radio show on Radio Emergente, hosted by Charlie Russell and Sole Armeri. The show features a curated selection of tracks by obscure bands from the international underground, of a variety of genres: punk, shoegaze, dream-pop, and all manner of uncategorizable oddities. The show airs every Monday at 7 PM on the Radio Emergente website, and its catalog of past episodes can be streamed online.

On the occasion of their 100th episode, Nuevos Pero Rotos is hosting a party this Saturday August 10th, featuring live music, DJs and more. For a few months, the music writers at La La Lista have been appearing as guests the first Monday of every month to discuss our Monthly Music Roundups. We took the opportunity to discuss this milestone.

Charlie: Thank you. We can’t quite believe it ourselves.

Sole: If you think about it… it’s a lot! I don’t quite know how that happened!

Talk to me about the motivation behind starting the show.

Charlie: We wanted to create… a broken space [laughs]. Actually, the idea was to play music that wasn’t normally played on traditional radio, things that we would like to listen to ourselves. And also to create the show we would’ve loved to be invited on when we were in an up-and-coming band.

Charlie: Yes. The artists we invite on are either interviewed — we have a chat, they play songs from their recorded releases — or they set up to play an acoustic performance within this studio. It’s not a huge space, but we’ve been able to fit up to six people in the studio to perform.

Sole: We were part of the early batch of programming.

Charlie: The radio station hosts all kinds of shows. Shows about culture, literature, bizarre dream-like stuff… anything you can think of. And we’ve built our little corner with our indie music.

Is there a particular episode of your show that immediately comes to mind as a standout?

Charlie: Exactly. It’s part of our style. We’ve had some proud moments. The visit from Apartamentos Acapulco, who came all the way from Spain.

Sole: It was something that came up through social media, and it turned out great. Also long-distance collaborations with bands, whom we send questions to and play their answers on air. Bands from Belgium, from Australia, all sorts of places.

Charlie: We are really proud of those, the remote interviews. Any time we can hear from someone from a remote location is a real treat.

About the song selection…

Charlie: That’s my fault [laughs]. I’m the official curator. I select the songs and the bands. I lived outside of the country, so I have a large bank of bands I know and am friendly with from when I played in the London music circuit. Also labels. So there’s a pool of foreign bands that I know, and then it all branches out from there. For example, the Australian bands came to me via acquaintances in England. There’s a virtual community of independent music especially indie pop, dream pop, bands that are out there playing shows and releasing music, mostly through Bandcamp. I contact them, I ask them to send me their music, we review them. Our show is associated with the label Argie Pop Records, which is our star sponsor, and there’s a large network of creators related to that.

What are your plans for the next year?

Sole: It was always a bit like that, though, wasn’t it? Slightly chaotic, last-minute?

Charlie: True. And somehow, it all works out. Well, things go well and also badly.

Sole: Nuevos Pero Rotos! This name really saves us, because the moment anything goes wrong, we can simply point to it and say “well, that’s our brand!” 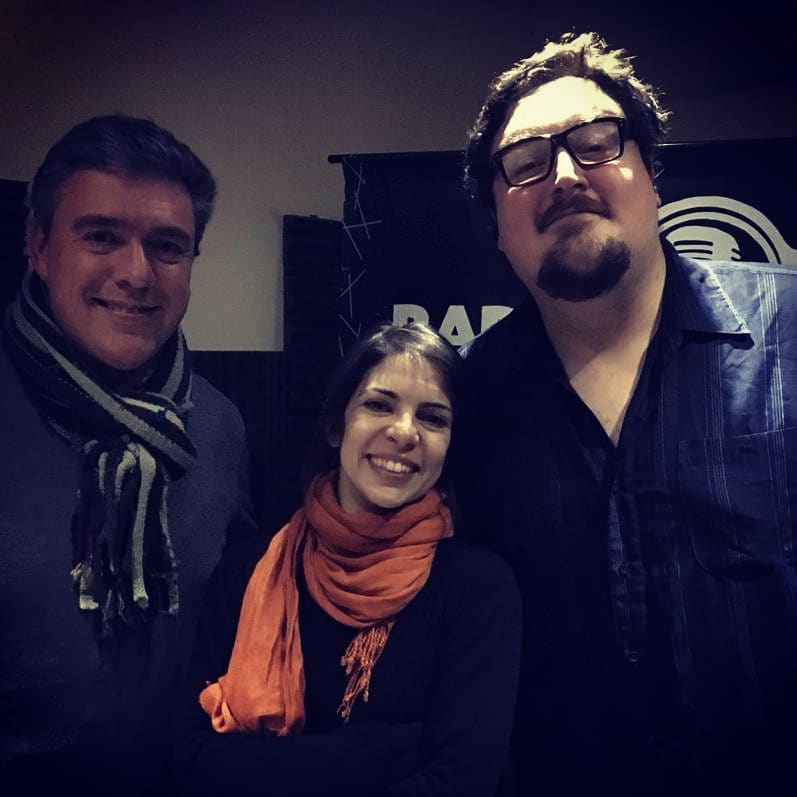 Charlie, Sole, and some doofus

Where is the name from? Is it a song lyric?

Charlie: No, we came up with it in a moment of madness. The structure works for us. It’s a two-hour show, which allows us to do a lot. We can have more than one guest per show, we can give each guest more than a half hour. Through Argie Pop, we’ve been able to connect with all the bands that participate with that label. We want to keep doing what we do. We’re more comfortable with the format, the style, creating fun moments, creating uncomfortable moments… we’re still growing into it.

What do you have planned for the 100-episode celebration?

Charlie: The party is this Saturday, August 10th. It starts at 9pm and goes until midnight. There’s three parts: celebrating the radio show, a live show by my band Malambo Ska Band, and also there’s a charitable element that is very important. We’re participating with the collective Amigues Por Las Calles collecting food items for people in need.

Sole: Legumes, grains, anything… the cover charge for the party is a food item for this charity.

Charlie: The party will be great. There will be live music, DJs, surprises, it’ll be awesome. We’ll try to collect as much as possible for this organization.

What have you learned over the past 100 episodes?

Charlie: The true richness and variety of the independent music scenes. When we started, the idea was to feature new music you couldn’t hear on the radio. But once we started inviting bands to talk to us, they put us in contact with producers, managers, and other people who then share with us their roster of artists.

Sole: So it starts to become an ever growing network of solo artists and bands, many of which have become favorites of ours.

Charlie: We started playing a lot of indie pop and shoegaze, and then it grew into such a wide variety of styles.

Sole: For myself, I saw music as an outsider. Through this space, and being exposed to all these bands, my musical world has expanded so much. I’ve learned a lot, and I continue to learn a lot. And my understanding of music has grown exponentially. That is the most important thing that I have personally taken from this show.