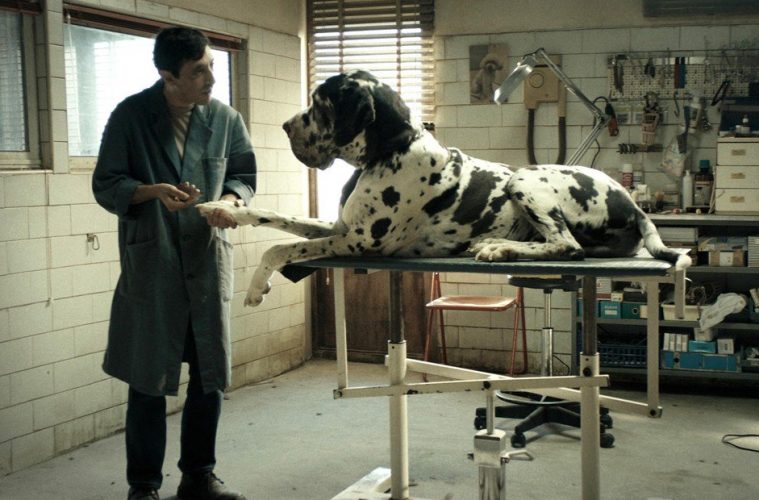 Off the Marquee | Film Picks for August

Welcome back to Off the Marquee. Before we delve into our selection of the most interesting films playing around Buenos Aires during the month of August, let’s take a moment to honor one of the most widely-celebrated spots for film lovers in the city. That’s right, I’m talking about Buenos Aires Mon Amour — known more popularly as BAMA — the arthouse theater that hosted screenings of independent, off-kilter, transgressive films you won’t catch in the more popular theater chains. The beloved spot announced last month that they were forced to shut down operations due to financial issues, a reminder of the fragility of these spaces in the face of corporate interests.

To honor their memory, maybe take a small break from Cinemark or Village theaters (much as we love them!) and go watch an independent, foreign, or arthouse movie this month. Here are a few selections to choose from.

Director Matteo Garrone, one of the most highly acclaimed Italian filmmakers in recent memory, returns with a new film that strives to put you in the shoes of a struggling dog groomer. Who is also a drug dealer. And a drug addict. It’s a lot. This film, both human drama and political parable, has been racking up acclaim worldwide and is finally being released in Argentine theaters.
Screening details

Titled “Esa Mujer” in Spanish, Ash is the Purest White is the critically-acclaimed new film by writer-director Zhangke Jia, which serves as a mob thriller as well as a sharp-eyed examination of modern Chinese society. It’s a gorgeously shot and smartly written film, well worth your time and money.
Screening details

Another Italian film, this time by director Valerio Mieli. Ricordi? is a poignant and sweet-hearted tale about what happens when two people evolve after meeting each other, eventually turning into significantly different people from the versions of each other that they fell in love with. A love story told from both sides of the coin.
Screening details

One of my favorite things about film is how it can be used as a medium for discovery; not just for getting lost in fictions, but for discovering truths about one’s own background and putting a spotlight to them. This is the story of a family vacation, but it’s also the story of a refugee from the Spanish Civil War, and the incredible way in which an entire family’s lives took shape from a traumatic incident. A non-linear narrative to fill in the blanks of memory and identity.
Screening details

The new film by Argentine director Gaspar Scheuer, Delfín, is a charming piece of costumbrism, following the story of the titular character: Delfín, a young boy on a quest to break out of his environment and join a children’s orchestra. A coming-of-age story about music, ambition, and belonging.
Screening details

Here’s another example of a film being used as a method of self-discovery. When director Poli Martinez Kaplun’s son decided that he wants to have a Bar Mitzvah, she was baffled. Neither her nor her family had ever been Jewish, as far as she knew. This set her off on a journey to examine her family’s roots, and discover that the Jewish identity actually runs deep in her blood.
Screening details

We had to include this film, if only for the reason that it’s called “Vigilia en Agosto” and, well, it’s August. This film by director Luis María Mercado follows a small provincial town, rocked by a violent event that is witnessed by a young woman shortly before her wedding. Though the townspeople attempt to dissuade her from prying further, she becomes obsessed with the event and decides to figure out her fiance’s dark secret, finding herself tangled in a web of lies.
Screening details

There’s a lot happening in MALBA this month! Check out the museum’s website to find more information about their Witold Gombrowicz series (four movies about the Polish playwright), the Ciudades series which turns its eye to movies that highlight various cities all over the world (including films by Francis Ford Coppola, Carlos Saura, John Waters and Wim Wenders), as well as films such as El Silencio Es Un Cuerpo Que Cae and Las Facultades.
More details