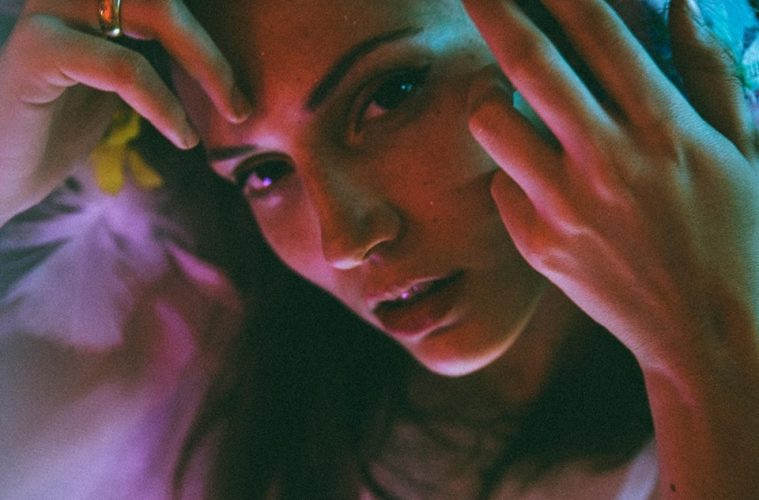 Welcome back to our monthly collection of favorites from last month’s crop of local releases. That’s right, we’ve separated the proverbial wheat from the chaff, whatever that means, to bring you this collection of scattered gems. We are into them almost as much as we are into mixing metaphors.

Through its various elements, “Fósil”, the 2nd track off of Mi Amigo Invencible’s Dutsiland, manages to masterfully convey both intimacy and a slight sense of menace that enthralls the listener upon first listen. The rumbling, minimalistic bassline, the plucked acoustic guitar, and the spacey synths all add to the eerie yet strangely familiar atmosphere of the song. “¿Adónde vas?¿Dónde estás?¿A dónde ir?¿Dónde voy?” sings the chorus, which sounds like someone lost in the maze of their own dull, gray routine.

Craving a post-punk ditty that will make you beat your chest and march along? In the leading track from Mujercitas Terror’s latest album, the elements are simple — a 90s guitar- rock chord progression; a basic drum beat; raspy, somewhat repetitive vocals — but the overall effect is hypnotic. Too upbeat to be a dirge, the song remains unmistakably grim in its subject matter, alluding to burned bodies and parasites. There’s a flash of light in the pleasing guitar tone of the bridge, and the occasional harmonies throughout, but the darkness always prevails…call it the “feel resolute hit of the winter.”

Full disclosure: Feli Colina’s stunning album Feroza actually came out in mid-June and somehow managed to slip right past us. Regardless, we’re using this opportunity to right past wrongs, and we figure it’s still new enough (and it certainly is good enough) to be featured here. A sonically rich collection of carefully crafted pieces tied together by Colina’s expressive vocals and conversational style, with sharp detours into spoken-word sections and theatricality. “Martes” is just one example of the brilliance of this album, alternating between the bouncy, confrontational minor-chord verses (witness the moment when Colina bypasses lyrics altogether by letting out an exasperated “ugh”, conveying more than words ever could) and a sweetly vulnerable chorus section that betrays the song’s true emotional core.

Hailing from Rosario, Bubis Vayins just released their newest six-song EP Salir. The entire collection is well worth a listen, but it’s their slower, introspective “En el Patio, Bajo la Pergola” that we can’t get out of our heads. The song begins with birds chirping, a slow guitar, and a fixed drumbeat which throws us into this reflective state right off the bat. The lyrics are incredibly repetitive, using only the lines, “Cada vez que pienso que estoy perdiendo, cada vez que pierdo estoy diciendo no” to comprise the entire song. With a far simpler composition than most of the songs on the EP, and that almost constant repetition of the words “every time” this song is meditative in a way that forces its listeners to do lots of inward reflection. And if afterwards you end up spiraling into an existential crisis, check out the song “Ansiedad” that follows on the EP to feel right at home.

“Pámpidas”, from the recently released Split by Puerto Austral, Kyori and Hélices, is able to encapsulate most of the elements that make a memorable emo-math rock song without falling into the most common trappings of the genre. Its intro exhibits subtlety in details such as that soft roar of sound that greets the track before a softly plucked guitar intertwines with a cold yet welcoming glockenspiel melody. A group of voices, in which Mora Riel’s is instantly recognizable, introduces the first vocal lines of the song; one can only compliment the production decision to put them in the background, allowing Mora’s soft and silky voice to cohabit in such an upbeat and danceable groove, filling it with a sense of both dread and longing. From the narrative properties of the guitar lines to the unexpected and sudden changes in this latest Puerto Austral effort, we can safely say that “Pámpidas” is up there with those obscure tracks that etched into this old-school math rock enthusiast’s heart.

The second tracks on Niños Envueltos’ new album La Nueva Crema. Lead singer Tonga’s distinctive voice lends a hefty dose of quirk and mischief to the entire album (think trippy 90s cartoon vibe). This track also features a verse sung by guitarist Franchi, and the fine-tuned and sometimes eerie harmonies of back-up vocalist Yuli. The diversity of voices on the track gives one the sense that the singers are engaged in a conversation. The subject matter of the song is as mysterious and elusive as any Niños Envueltos fan will have come to expect – there are a lot of metaphors going on that can’t quite be put together into anything corporeally coherent, but each rings directly into a specific part of the psyche. It’s poetry like how you feel waking up from a dream you can’t remember.

“Infierno” is the first single from the upcoming debut album by Hija de Tigre, a group that’s already left a mark on the local scene with their unique instrumentation (guitar, charango, trumpet and synths dominate their sound) as well as their fresh approach to the pop song format. While their first EP largely sounded like what might traditionally be referred to as “indie”, this new track finds the group bending closer to hip-hop; they use the charango-and-synth interplay as an instrumental hook which leads the listener into the rap sections, a tumble of free-flowing verse featuring surreal imagery and a strong melodic bent. The dashes of trumpet in the background color the track’s stop-stutter rhythm with a jazzy feel, contributing to the hodgepodge of sounds that this talented group excels at mining.