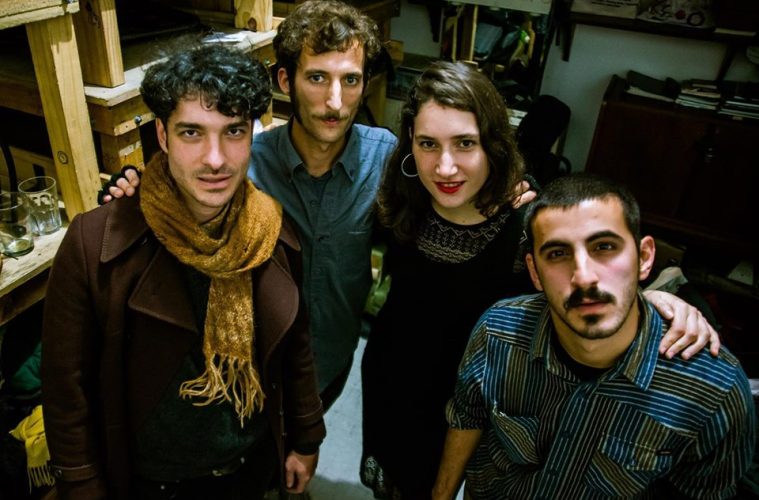 Like, how many weeks in a row is it acceptable for me to use the intro of this column to complain about being sick? I’m running out of being-sick jokes. I already used the one about coughing onstage…which I’ll be doing again this weekend…we just can’t get a break, can we? Sorry, no jokes this week, just depressive rambling. I’m so over this five weeks of bronchitis and sinus and throat infections and antibiotics, I would like to be healthy again so I can do fun things, like go to live music events, and actually put my heart into writing this column instead of wanting to go back to sleep. Here are some live music events you can go to this week:

Cancionautas is a ciclo organized by the Colectivx Fantasma agitators, whose forty-ninth edition will be hosted at La Casa del Árbol this Wednesday. The ciclo puts a focus on songs and songwriters, and is one of few ciclos where you can hear so many songwriters perform in the same night. This edition will feature performances by: Martin Insua, Ailén Scandurra, Fabián Iurino, Erika Lehner, Avepez, Magdalena López Soloaga, Ivo Ferrer, Dani Ferretti, and Leandro Black.

Mariano di Cesare was born in Mendoza and is the leader and founder of Mi Amigo Invencible, with whom he has produced six albums and three EPs. El Príncipe Idiota was born in 2014, bringing a new poetic and sonic universe which has fomented his place in this generation’s music scene.
Marton Marton is the alter-ego of the multi-faceted solo artist Martín Villulla, a musician hailing from Chascomús and currently living in Buenos Aires, who is also the co-founder of the record label Lagunera Discos. These two busy artists are teaming up this Wednesday to offer us a very special evening at Casa Sofía.

Guitarist, composer, and producer Lucy Patané will be presenting her long-awaited debut self-titled album, along with her band, consisting of Carola Zelaschi on drums, Mene Savasta on synth, and Melina Xilas on tenor sax. There will also be a few special invited musicians visiting the stage throughout the presentation. Lucy has participated in many successful projects such as Las Taradas, La Cosa Mostra, El Tronador, Diego Frenkel, and Paula Maffía & Sons, and on each of them she has left her mark. Now we get to see her solo project in full bloom. The presentation will be happening this Thursday at Centro Cultural Richards, and if you can’t make it (or if you want to witness it a second time), there will be another one next week on July 25th, in the same place. You can get tickets online at Passline Argentina.

Monqui Albino and Origami / Gestión Cultural have teamed together to host a special night this Friday. After an explosive show witnesses by a full crowd for the presentation of the A side of Tierra (which we included in our monthly music roundup), El Mar is presenting for the very first time, this Friday at La Casa del Árbol, the brand new B side of their album. Placed in charge of warming up the audience for the big presentation is the talented and beloved Miguel Canevari.

A night of a different color: Diosque 2 is an acoustic format in which Juan Román Diosque, Eduardo Ferrer, and Aquiles Cristiani reveal new compositions and new versions of old Diosque tracks in a wild and intimate setting. There will also be performances by two invited musicians, alil3n and Fede Distópico (so distópico that he’s not even on social media, apparently). alil3n is one of the musicians I shared my first ever fecha in Buenos Aires with, about two years ago. Back then, her set included an acoustic guitar, vocals, and an agilely operated loop pedal – since then she’s been working on her production skills, and taken a turn into the experimental end of electronic music. Her current project as an electronic solo artist involves eastern-inspired melodies, elements of ambient, and dream pop guitars floating over a house beat. I wouldn’t miss it if I were you.