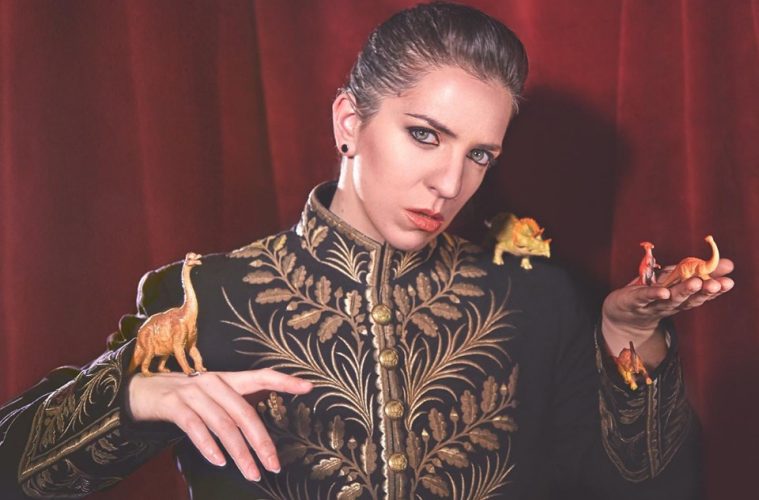 The year is, confusingly, over halfway done. And as is tradition, we are putting together a brief list of some highlights from the first six months of the year. Of course, this will be followed by a full list by the end of December, but for the time being: here are five albums that have blown us away this year.

In this porteño-centric music scene, it’s always refreshing to listen to new releases from bands outside of Buenos Aires. That’s why we were super pumped to find out about the release of Fuegoinvierno, Anajunno’s proper 2nd LP. In it, the Santa Fe four-piece mixes jangly pop with rich synth textures to excellent results. Their sophomore effort finds the shoegaze act at the peak of their powers, effortlessly switching between Spanish and English in 9 songs dominated by pristine guitar arpeggios and a dreamy atmosphere that will leave you in a trance-like state, wondering if what you just heard was real or just a daydream.

The first solo effort by multinstrumentalist and composer Lucy Patané, previously of Las Taradas and La Cosa Mostra, is simply fearless. Whether rowdy and galloping (“En Toneles”) or tender and intimate (“Los Buhos”), the entirely self-recorded album —  mixed and mastered with the deft ear of Brian Iele at Santa Cecilia studios — is a musical testament to the courage it takes to be true to oneself, whether personally in relationships with others around her, or professionally as a songwriter. At times Patané channels the playful, folktronic ethos of Juana Molina (“Ya No Quedan”) while at others she seems to tap into her punk roots to great effect (“Cinturón”). No matter what genres are present in any given track, Patané’s chameleon-like voice acts as the anchor: breathy yet powerful, or strident and moving, they mutate and evolve to support the many breathtaking vocal arrangements that cemented this record’s place as one of our favorites.

Saxophonist and composer Bernardo Monk lays it all out on his new album title: atypical. Though steeped in the style and instrumentation of tango, this collection of original songs isn’t content to stick to the tried-and-true tropes of the traditionally melancholy genre; instead, we are presented with a group of wildly inventive compositions that mixes past and present, rebuilding a time-honored genre using elements which immediately recall its history while also pushing ever forward. Highlights include the thrilling, kinetic “La Previa”, the plaintive “Hotel de los Inmigrantes”, and the high-wire act of “Tensión 23”.

Carola Zelaschi has helped form a number of musical groups (notably as the drummer of Lucy Patané’s band) but this past March she proved herself as far more than just a helping hand. Panal, her first solo project, is more than just an album—it’s quite literally a symphony of sounds. Inspired by the energy and landscapes of traveling through Mexico, this completely instrumental record is a refreshing break from the tired, formulaic indie EPs. It dives into completely new and exciting waters, bending genres, and taking us by the hand into a dreamland orchestra that looks far hipper than the folks playing at Teatro Colon. With the psychedelic sounds of “De las primeras veces;” flutes and harps reminiscent of Joanna Newsom’s Divers on the track “Luna Nueva;” a much more rock-forward “Lillith” that evokes the badassery of goddess namesake; and perhaps our favorite of all, “Cumbia,” a horn-heavy groover— this is the kind of album that demands a quadruple listen. Be it violins, clarinets, guitars, or synths, there is an instrument to match every emotion evoked throughout the album. Meanwhile Carola sits smiling unabashedly behind the drums propelling it all forward. This Sunday there will be a “mini-Panal” presentation at Roseti and if you have any sense at all, you’ll get yourself there good and early. Or else you’ll be left begging the bouncer to squeeze you inside the full-capacity space like us last time.

As one listens to Melanie Williams & El Cabloide’s phenomenal Comprensión1, there are times when it feels like you’re listening to a greatest-hits compilation. The melodies in this album are so natural and effortless that they burrow their way into your consciousness like a glorious earworm. This is contrasted with the instrumental sections, which — while earwormy in their own right — are decidedly left-of-center, popping and plucking and skipping along with elements of funk, math-rock, shoegaze and dream pop. With its incorporation of found sounds and an icy, ethereal glaze of reverb lining every song, Comprensión1 feels like a journey to some other dimension. It’s brief, breezy, moving, and catchy — increasingly so with each repeated listen.