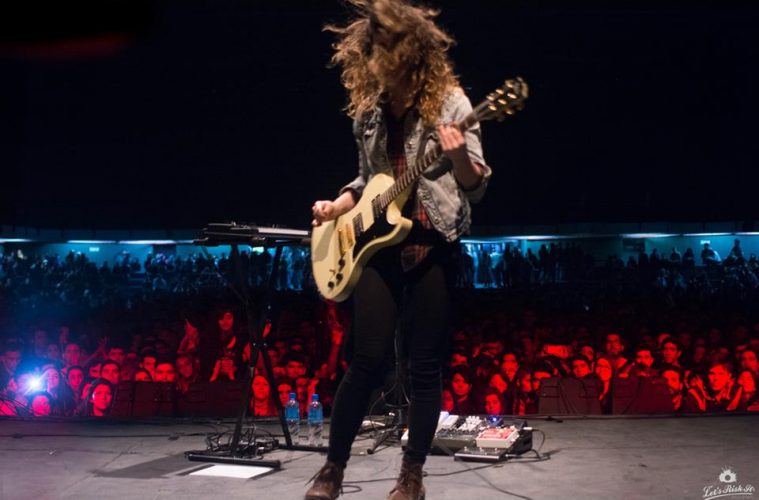 Say No to Winter | Ten Songs to Stay Warm With

It’s the beginning of July, and for those of us in the southern hemisphere it signals the advent of button-up winter-chill weather. And while there are some of us that are happy about it (hi, my name is Jorge and I love the winter), we understand that not everybody appreciates having to pile on layer after layer of clothes just to approach some semblance of normality as we brave the unforgiving outdoors.

A few months ago, in the midst of the blistering Buenos Aires heat, we gave you a playlist of ten songs to stay chilly with. Now we are once again turning to the power of music to alter our perception of our surroundings and transport us to warm, toasty climates. Here is our selection of ten songs to stay warm with in these chilly winter months.

Marilina Bertoldi – “O No?”
Marilina Bertoldi caused a seismic shift with last year’s album Prender Un Fuego, a truly staggering collection of fiery rock songs featuring her trademark sneering delivery. Its first track “O No?” is the match that sets it all ablaze, a slow-burn of an opening jam that’s confrontational and direct. Punctuated by Bertoldi’s wordless vocalizations, the track is fire-and-brimstone defiance, a send-off of strangled guitar chords and barely-contained anger.

The Thermals – “A Stare Like Yours”
Let’s get it out of the way: yes, thermal is an adjective related to heat. It’s entirely possible that this fact was a subconscious factor when determining which songs to pick for this list. Having acknowledged this, we can move on to talking about how this Portland three-piece made an entire career out of overdriven power chords that practically give off heat. And though their career was filled with catchy, anthemic tunes, they never made anything quite as good as “A Stare Like Yours”, from 2004’s Fuckin A.

MUGRE – “No Te Perdono”
True, we’ve already featured this song as part of June’s Monthly Music Roundup, but we’re just really into it. The power-pop power-trio of Jazmin Esquivel, Sofía Malagrino and Mariana Michi burst into the scene with an EP last year, and “No Te Perdono” is the first single off of their upcoming full-length debut album. It has everything you could ever want in a summery tune: handclaps, a spoken-word section (in German, no less), vocal harmonies, and lyrics about telling someone to go screw themselves. It doesn’t get any more summery than that.

Baroness – “Throw Me An Anchor”
Here’s a good example of a band that actually made this post’s premise come true in real life, as just a couple of weeks ago the mighty Baroness turned the Buenos Aires winter into a hot, sweaty mosh pit with their show in Uniclub. One of the heaviest tracks from their new album Gold & Grey, “Throw Me An Anchor” is all about the red-hot fuzz of insanely loud guitars, drums mixed past the point of distortion, and a driving bassline that propels the lurching beast forward.  Be sure to check out our interview with drummer Sebastian Thomson.

Illya Kuryaki & The Valderramas – “Jennifer Del Estero”
So, true story: Illya Kuryaki & The Valderramas were my first-ever live show experience. I was 12 or 13 years old and this album, Leche, was tearing up the charts all over Latin America. They delivered a blistering set, including this strange, utterly dance-able little tune about …  Jennifer Lopez? I guess? As a grownup I’ve only come to appreciate just how bizarre these guys could get. And hey, dancing is a great way to stay warm. That alone makes this fun tune a good pick for our anti-winter playlist.

The Temptations – “The Way You Do The Things You Do”
Because Motown got it right. It’s really amazing how one record label was able to cull together so many incredible performers and songwriters, paying so close attention to detail. This song is a carefully assembled breezy summer afternoon, with its stop-stutter drumming and shimmery acoustic guitar, discretely panned to the right and left, leaving the vocal melodies up front and center. It’s all sugar-shot , rhythmic, incredibly catchy and soulful and, haters be damned, features a saxophone solo. A really great saxophone solo, too.

Blood Orange – “Charcoal Baby”
Dev Hynes is a master at coming up with singable hooks, and nowhere is his gift more evident than on his output as Blood Orange. “Charcoal Baby”, from last year’s incredible Negro Swan, drips with heat, from its slinky guitar to its slightly off-time drumming to its hushed vocals. Even if the lyrics themselves are introspective, it has the overall sonic feel of a hot summer night.

Naomi Preizler – “Obsesión”
Model-turned-musician Naomi Preizler has generated a lot of buzz and controversy over the last couple of years, for reasons related to her song dealing with themes of queerness among other things. This tune, 2017’s “Obsesión”, reminds us of a hot summer day in Microcentro, a cacophony of street sounds and distant rhythms — yes, that looming bass line you hear is in fact “Guns of Brixton” — synthesized into a song about jealousy, insecurity and obsession. The summeriest of themes!

DLG – “La Quiero a Morir”
If you’re familiar with this song (and really, if you’ve spent any amount of time in a Spanish-speaking country, you absolutely are familiar with this song), you’re probably raising an eyebrow at its inclusion in this list. Admittedly, it’s kind of an odd fit, given that it’s surrounded by so much indie and rock stuff. But look, is there any genre of music that’s more inherently summery than the tropical rhythms of salsa? DLG’s late-nineties cover of a song that was originally a French guitar ballad (and was then turned into a merengue megahit by Sergio Vargas) is legit one of the greatest songs of its decade, in no small part due to the incredible “rap” section near the end which consists only of the words “la quiero” repeated 21 times. Yes, 21 times. I’ve counted them.

Man Man – “Pink Wonton”
The B-52s by way of a 1970s cop show. “Pink Wonton” is a delightfully bizarre song by Philadelphia experimental pop band Man Man. Everything about this tune — from its infectious drum beat to its relentlessly strange lyrics to its incredibly fun background vocals — feels like it’s designed to get listeners up and moving. And, as we’ve established here, dancing is one of the best possible ways to stay warm. Do I know what the repeated line “oo what’s your popo making” mean? Heck no. Does it matter? Also no. “We’re all biding our time from the uterus to the ground”, indeed.