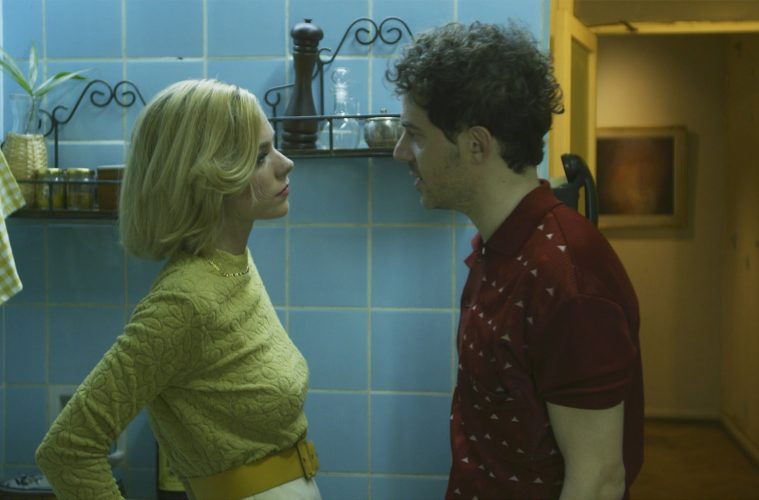 Welcome to July. It’s July. This is July. We’re on the seventh month. The seventh month of a year that still feels like it just started. And though most of us are at least vaguely aware of how the perception of time is relative to how much of it you’ve lived through — years will inevitably feel gradually shorter as they comprise a smaller and smaller percentage of your overall lifespan — it’s still somewhat disquieting to realize that, holy shit, it really is just barreling past us.

A good way to distract from that is to immerse yourself in fictions, and a new month also means new movie selections. Here are a few of the strange and wonderful movies you can catch in Buenos Aires theaters this month.

A breezy, winsome comedy by director Matías Szulanski, Astrogauchos tells the alternate-universe history of a scientist in 1960s Argentina who decides that he will develop a space plan to beat both the Americans and the Russians at the space race. Steeped in the aesthetics of the era and sporting an irreverent and absurdist tone, this film is nothing less than a delight.
Screening details

A taut thriller by director Ignacio Rogers, El Diablo Blanco follows a group of friends in their thirties as they embark on a cross-country road trip. They have a really great trip where everything goes according to plan and their bond of friendship is strengthened. The end! Well, no. Obviously, they are trapped in a spooky town and become involved in a creepy murder mystery where there’s more going on that meets the eye, as the specter of a local urban legend looms large.
Screening details

Argentine-Brazilian actress Ailín Salas makes her second appearance in this month’s list, as she also appears in El Diablo Blanco. However, director Daniel Barosa’s Boni Bonita is much more of a showcase of her acting skills, putting her at the center of this human drama. A young girl becomes infatuated with an aging musician who is himself struggling with the enduring legacy of his famous grandfather; the two become involved in a game of constantly shifting dynamics and roles.
Screening details

The Emperor of Paris

Director Jean-Francois Richet’s follow-up to 2016’s punishing Blood Father stays in the same violent, gritty realm of filmmaking, as he puts the story of criminal-turned-cop Francois Vidocq to life. Much like Blood Father, this film is an aesthetic triumph, with stylish and expressive cinematography. It is also stark and unrelenting in its depiction of violence. However, it is firmly in the action-adventure camp, which should make it much more of an enjoyable time at the movies for wide audiences.
Screening details

This gripping thriller by director Anthony Maras finally makes its way to the big screen in Buenos Aires. It is a fictionalized depiction of real-life horror, as it recounts the 2008 Mumbai terrorist attacks. Its filmmaking is unrelenting, an all-out attack on the senses as you follow the stories of the various parties involved in the Taj Hotel siege.
Screening details

Director Catherine Corsini delivers this lovely little drama set in late 1950s France, following the story of two young people in love. Things go great for them as they become involved in a long and happy relationship and live happily ever after. The end! Well, again, no. This is a drama so of course things get in the way. In this case, “things” being the deeply entrenched class system, the judgment of friends and acquaintances, and the avoidance of responsibility. This handsomely shot film (courtesy of director of photography Jeanne Lapoirie) has a lot to offer.
Screening details

Laura has been living in Buenos Aires since she was a child. She left Spain with her mother after being abandoned by her father, and made a life for herself in this new country. One day she learns that her father’s body has been found buried in the woods; he had been shot in the back of the head over thirty years ago. She decides to take a trip back to her home country and figure out the mystery around her father’s disappearance. This thriller by director Igor Legarreta asks a lot of questions, and it seems more interested in the process of discovery than in providing clear-cut answers.
Screening details

It’s not very often that we get to feature this kind of action film on “Off the Marquee.” Eduardo Meneghelli’s Blindado tells the story of a man who has lost his family in an accident and ends up becoming an armored truck driver. One day, he has a dream about a local woman and her son, and becomes convinced that he must save them from certain doom. Unhinged and obsessive, he goes on a destructive rampage and is hunted down by the police. Yikes. This movie delivers on pulpy, visceral thrills.
Screening details