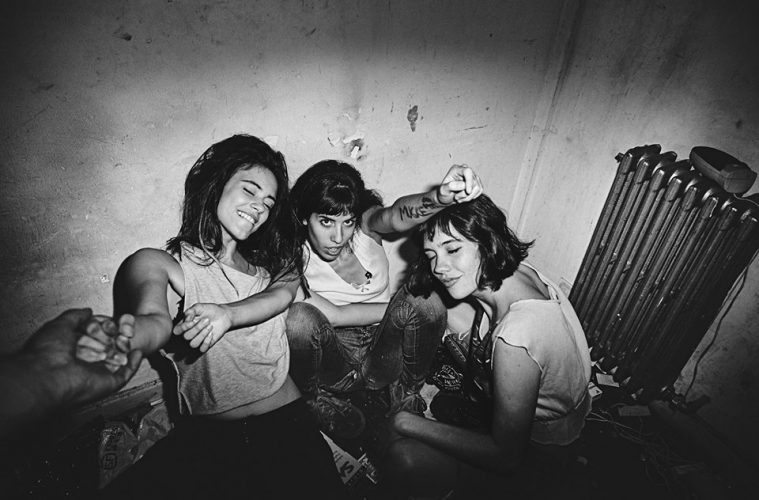 We’re back with a new installment of our monthly music roundup. These were the releases that caught our attention during the last few weeks. Give each one a careful listen.

To check out our selections from previous months, click here!

Psychedelic cumbia guitar licks? Check.
Romantic, bolero-esque vocals? Check.
A catchy, groovy tune that manages to feel simultaneously earthy and playful? Check, check, check.
“Tierra” is the eponymous lead single from the latest EP by indie folk project El Mar, and pardon the pun, but we were hooked instantly. It’s been three years since the project of singer, composer and multi-instrumentalist Agustin Yabra released its last album, 2016, and with Tierra alone, we’re happy to say that it’s been worth the wait. Do yourself a favor and give the whole EP a listen before lado B comes out.

Equal parts post-punk and jangly indie pop, “Burn The House” sets the tone for Anajunno’s sophomore effort, Fuegoinvierno, with icy washes of synth and heavenly C86-style arpeggios that foretell a much gentler, clean-cut affair than their previous album. While not a complete detour from their shoegaze days, “Burn The House” finds the Santa Fe 4-piece in top form, incorporating new textures into their sound palette. “You could try to burn the house, you could try to rest in me” sings the chorus, putting into words what the feel the song has been suggesting all along: within every desperate situation, there’s always a slight feeling of comfort.

Syncopated handclaps! Power-pop melodies! Bratty “fuck-you” lyrics! Chunky power chords! A spoken-word section in… German? The new single by power-trio Mugre has just about everything you want in a punky three-minute romp, as well as some things you didn’t even know you wanted. Made up of Jazmin Esquivel, Sofía Malagrino and Mariana Michi, the band is part of Barbi Recanati’s Goza Records label, putting them at the forefront of the current wave of female-led Argentine rock. “No Te Perdono” is the first single off their upcoming debut album, and more than anything else, they sound like they are having a fantastic time. It’s infectious, and by the end of the track you’ll be struggling not to completely lose it in the middle of your cubicle or commute.

Rosario Bléfari released a new EP this month compiled of three singles released in 2018 and four new tracks to chew on. The title track “Sector Apagado” is like a satisfying Sunday afternoon ride. Whenever you hop on a bike it usually takes a minute to ease yourself into the rhythm of the pedals. Similarly, Bléfari eases us into the tune with the sparsely dispersed dreamy guitar riffs and her casual, lyrical storytelling. We’re enjoying ourselves from the start, but it’s not until a minute and a half when all of a sudden it really picks up. The next thing we know we are booming down the empty bicicenda pedaling full speed ahead. The guitars get heavier, the drums start to slay, and Bléfari’s composition has yet again given us an indie rock gem to aggressively head-bob to. And just like any good bike ride, it ends all too soon clocking in at a total of 2:18— leaving us slightly out of breath.

A softly strummed guitar reverberates as Defensa, SAINT-ANDREU’s closer track from his latest album Las Gracias, invites us into what (at first) sounds like an exclusively oneiric and stuporous soundscape. It is because of this deceivingly mellow intro that it`s such a pleasant surprise when we are quickly and abruptly treated to an infectious sequenced synth bassline that accompanies SAINT-ANREU’s delicate and almost secretly harmonized vocals. The vocal melody goes on as more and more gentle Rhodes-esque keyboards and strings fill the rhythmic pockets laid down by the programmed drum beats. As if one were to sink deeper into a dreamlike state, the bridge provides a slight melodic change which drowns the listener into an uncharted sonic territory only to propel the tail end of the track into a climactic melodic refrain from the track’s first verse. Backed up by a luscious arpeggiated 80’s-inspired synth line that makes this carefully constructed dreamy universe burst at the seams, the ending is a great mixture of both the epic and the tender: a low-flying and contradictory sense of dread and elation that comes when one wakes up from an unintelligible dream. What’s this dream about…? Well, that’s for you to decide.

“Saladillo Blues” is the 7th of 9 impeccable tracks on the Gay Gay Guys’ second full-length album, Droga y Delincuencia. This album, like their previous one, is choc-full of geographic and cultural references to the Guys’ hometown, and the title of this song is a reference to the Rosarino barrio of the same name. The first line appeals to one of those age-old cliches we seem to experience universally – asking ourselves, “will I ever make it out of this neighborhood?” But the questions quickly turn more abstract. Are we really talking about a neighborhood? Or a dream? A state of mind? Consciousness? A cosmology? Life? The time-space continuum? Existence itself? “Saladillo” is a thematic departure from the other songs on the album, but it’s striking that the decidedly existential declaration of the chorus works so well as a pop-rock anthem hook. And the whole song is built around this 12/8 blues rhythm which manages to be both driving and dragging and also sort of nagging at moments, suggestive of that sort of unbearable sensation of awareness of being a prisoner to the linear passage of time, destined to be dragged along with it. Personified in the melodies and carefully-calculated dynamics of the song is a kind of push and pull between a celebration and a condemnation of existence, and our inexorable yet in fact potentially entirely escapable resignation to it. “Saladillo Blues” is a tragic, beautiful, and wholeheartedly dialectic song.