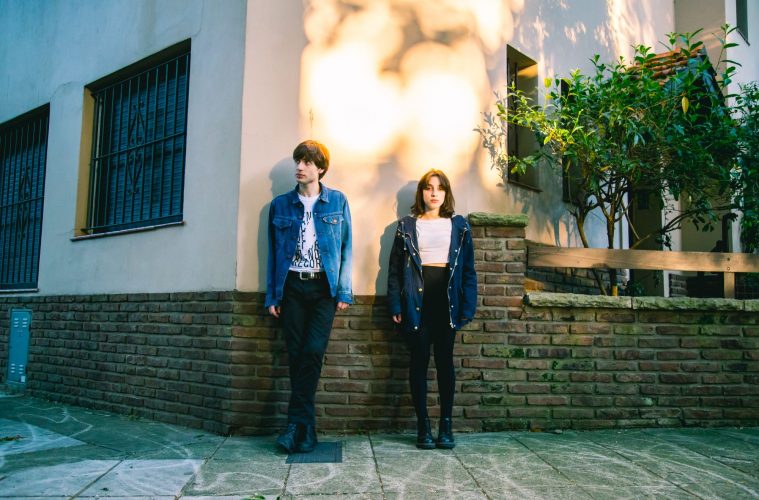 Here’s our line-up for the week:

June 20th is Flag Day! So, we’ll be celebrating this Argentinian holiday with music and poetry. This special event will involve the participation of a generous handful of artists either born in Argentina or who have chosen to immigrate here along with their most personal creations. We will listen to songs by Swedish singer-songwriter Black Guillemot, Chilean Niko Contador, argentunidenses Satisfaction Jackson and Paula Prieto, and native Argentinians Jo Bleu and Damn Espejo. The opening act of the evening will be in the able hands of Peruvian-born poet Zezé Fassmor, and as a special guest, we’ll have Aquiles Medina from Venezuela taking their first steps on an Argentine stage. Your entrance at 150 pesos includes a cold glass of beer.

With #necesidadyurgencia (need and urgency) a collective of artists takes to the streets of downtown armed with songs. This Thursday will be the second of three Thursdays in a row dedicated to an iteration of this event. With their home base at Especial Cultural Bar, the independent record label Fuego Amigo Discos will rile up the masses with this series of concerts that will put the outdated concept of genre to rest, inviting an ideal selection of musicians for hard times. This Thursday’s live performances include: Queridas, Jose Unidos, and Glass. Fede Crespo will be the DJ for the night, and there will be a performance by special guest Guillermo “exiled” Masse, the last remaining bastion of pop culture (who you might recognize as the frontman of Gente Conversando).

This Friday Bestia Música will be playing a free show around the campfire. Bestia is a duo consisting of porteña artists Vero Gerez and Paloma Iturri, who apart from music, are involved in all sorts of interdisciplinary projects. Bestia is generated through a complementary process; it’s a project of mutant songs in which, beyond the limits of genre, there is an unlimited sense of curiosity and playfulness. Each live performance by the duo brings something new and unlike any other.

This Saturday, Pyramides will allow us to officially meet their new single, while Mi Nave will be taking off forever from this realm, in a special night in which sensations of Hello and Farewell coexist. Pyramides’ new single, Propaganda, not only explores a new facet of their characteristically dark sound, but also includes a special feature: El Último Vecino [Spain], and is their first release under the Mar del Plata-based record label Casa del Puente Discos, and produced by Estanislao López. As for Mi Nave, if the esoteric “taking off forever from this realm” that I mentioned earlier did not make it clear, this is your LAST CHANCE to see them play live, potentially forever, at least in this dimension.

This Saturday will be a night of sonic landscapes swarming with melodies and distortion at the Margarita Xirgu theater. There will be live presentations by Cesped, Ex-colorado, and Riel, who will continue presenting their most recent album, Espacio Interior. You can get your tickets in advance online through Plateanet (click here!)

Or come to Fundación Cazadores and check out the chilled-out emotional soundscapes of Bié, who will be showcasing their excellent new album Del otro lado. You can listen to it above, and we recommend that you do– it is a real sensorial treat; from the thoughtful compositions to the ear-candy production to singer Gabriella Genni’s plaintive vocals, this is a group of talented individuals making music that manages to be dexterous while also sounding utterly effortless.

Three artists hailing from three different parts of this huge continent come together this Sunday night to revel musically in the sense of distance and closeness. Singer-songwriter Paola Ventieri, born in Mexico to Argentinian parents and European grandparents, is a lover of languages and musical genres. Her eclectic music brings together pop, rock, folk, bossa nova, and jazz, with an unexpected freshness. Joaquin Saez is a musician, music producer, actor, and composer born in Maipú and raised in Villa Gesell, who currently find himself presenting his first official album as a solo artist: Busca la Sombra. Fabricio Robles is a singer-songwriter born in Lima, Peru, who has been writing songs since early adolescence and does not plan on stopping anytime soon.