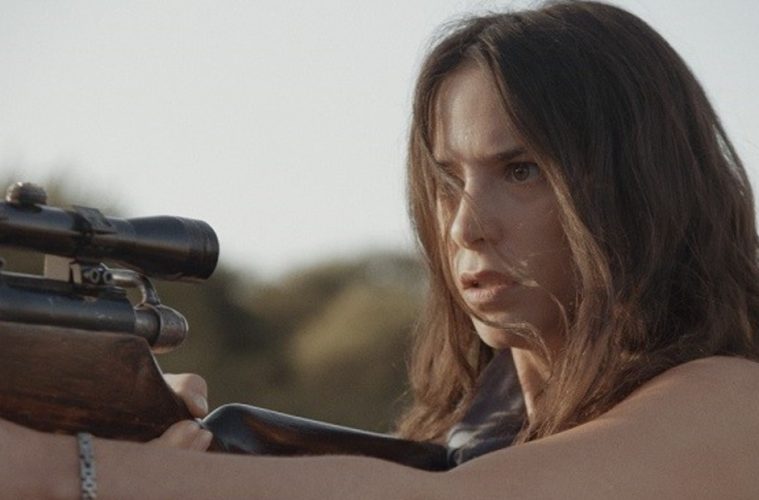 Welcome back to Off the Marquee, the only monthly column that provides a round-up of all the interesting, off-the-beaten path films screening around Buenos Aires. You know, I wish I had a clear memory of the first movie I watched at the theater. I really do. It feels like the kind of thing I could pull out during casual conversation to underline how deep and meaningful my relationship to film is. Instead, I have a memory of the first time I realized that somebody else was about to watch their first movie in a theater — my cousin Ricky, three years my junior, told me as much when we were about to watch Free Willy together. By that point I was a grizzled veteran who knew his way around the sticky, popcorn-littered floors of the multiplex. Alas.

Here are the films to look out for in June.

The Wild Pear Tree is a film by Turkish director Nuri Bilge Ceylan. It follows Sinan, a young writer returning to his hometown hoping to publish his first book, which gives the film its name. He’s poured his heart and soul into it. But what he finds upon returning is that things have fallen into disarray, and his family is on the brink of a financial crisis due to his father’s gambling debts. This contemplative, gorgeously shot feature was Turkey’s entry into the 2018 Academy Awards.
Screening information

Keeping with the themes of family and personal responsibility, Los Miembros de la Familia takes a more comedic approach by incorporating elements of screwball comedy and amping up the absurdity to eleven. Of course, we’re not talking about American Pie here. This Argentine flick still has a heavy undercurrent of grief running through it. It follows two siblings, Lucas and Gilda, as they make the trip to a coastal town in order to fulfill their recently departed mother’s dying wish: to have her ashes scattered in the sea. Once they’ve (sort of) accomplished this, they are ready to return home, however a nationwide transportation strike leaves them stranded in this sleepy coastal town, which becomes the venue to a second, later-in-life coming-of-age for both siblings. A sweet-hearted and self-consciously silly film by director Mateo Bendesky.
Screening information

Family seems to be a running theme this month. Sebastián Schindel’s El Hijo is a disturbing psychological thriller that follows a couple as they anxiously await the arrival of their son. However, things start taking a turn for the bizarre when the woman’s behavior becomes obsessive, to the point where the husband starts believing there are darker forces at play. And however much I look at the poster, I can’t help thinking that’s a very stern-looking Jason Mantzoukas. It’s not. But it really makes me want to watch this movie even more.
Screening information

Let’s take a sharp left turn now and head over to Finland, where Klaus Härö’s offers his follow-up to his Golden Globe-nominated film The Fencer. It follows Olavi, an elderly art dealer on the verge of retirement whose zeal for his business has alienated some of the most important people in his life. He embarks on a journey to sell an unmarked painting found at an auction which he believes to be an authentic piece of work by an important artist. This quaint little Scandinavian film has garnered acclaim in the international press and is finally opening in Argentina.
Screening information

Juliette Binoche, we love you so. This clever and incredibly charming French comedy by director Olivier Assayas seems to be all about people reaching middle age and coming to terms with their place in life. It follows Alain, an editor, and Léonard, a writer, as they both struggle with adapting to the changing landscape of literature in the advent of digital media. This anxiety manifests in different ways through their own actions, including becoming involved in extramarital affairs and self-sabotage, as a way to cope with their rapidly fading feeling of relevance. This film oozes charm, in large part due to its ensemble cast and the frank and self-referential nature of its writing.
Screening information

We wrap up our roundup this month with Infierno Grande by director Alberto Romero. It follows María, a pregnant schoolteacher in a small town in La Pampa. Trapped in an abusive relationship, María decides to leave her old life behind, pursuing a better future for herself and her future child. The film then turns into a classic Western, underscored by gunfire and a confrontational tone as María comes across various characters across the Pampan desert who will all play a part in her liberation.