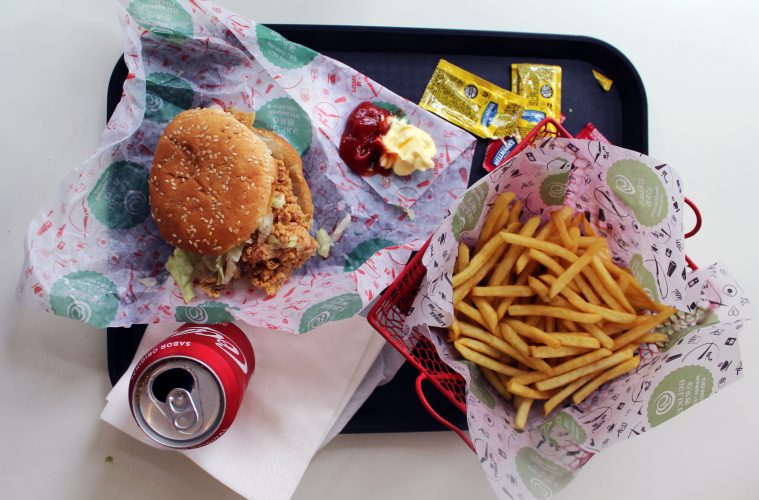 In our Dame series, resident fatty and food writer Kevin Vaughn rounds up three of his favorites for a particular dish and revisits them, giving us a chance to catch up on places we’ve missed. This time, he tackles the all holy fried chicken done three ways.

At AZIT, a fried chicken oasis tucked neatly inside a hidden alleyway on the outskirts of Flores’ wholesale district, the fried bird makes up nearly the entire menu. There is also budae jjigae, a North American influenced deep-red soup with industrial ramen and sliced hot dogs, or tteokbokki, fried rice cakes in a spicy gochujang-based broth served with chicken poppers. The whole bird is an entirely different beast—tossed in a slightly sweet glaze before being austerely delivered in an over-sized white bowl. Steam bellows upward. It is far too hot to eat. You eat it anyway, mouth wide open and breathing dramatically.

Although it is advertised as a meal for one, the pollo broaster at La Ale is plenty for two to slip deep into a food coma. The chicken is generously coated, most likely in a slightly wetted flour base so that clouds of fried batter bloom and crunch. La Ale gives you your choice of white or dark meat, and while I often prefer juicy dark, there is something satisfying about the savageness of tearing tender meat off the breast bones. It sits atop a bed of french fries, that despite a heavy hand on the salt, are so crunchy you quickly forgive the pucker on the lips. And, as is ordained from above, a pollo broaster is only as good as the sauces it comes with. Be sure to drench it in a creamy fire red rocoto and bring it back down with a creamy mayo.

This is not the first time that Belike Time has appeared in one of our Dame series. But it is worth every mention. This tacky little fast food joint dressed in lime green furniture fit for your tacky Aunt Susan’s indoor patio has, and I’ll put money on this, the best fried chicken sandwich in Buenos Aires despite being amongst it’s most modest.

The sandwich is a standard arrangement of store-bought sesame seed hamburger buns, thinly shredded lettuce and a miniature lathering of mayonnaise. The basket of french fries they come served with are, without a doubt in my mind, frozen McCain potatoes. They are, despite this, awesomely crunchy and the perfect medium to shovel ketchup. On paper it is an indelicate and unremarkable meal with all the makings of the usual edible disappointments wrapped in paper and carried out on plastic lunch trays. But what the restaurant and its staff lack in enthusiasm is made up for by an energetic recipe.

You could go for the plain fried chicken, spiced with salt and pepper and a gentle nudge of red pepper. With the intense summer heat feeling all the more sweaty in this non-air conditioned restaurant, this is a perfectly respectable order. But the spicy version is another animal entirely. The chicken is brined in a spicy or plain marinade before being dipped in egg and flour and fried to order. The batter puffs outward like delicate snowflakes that shatter and crunch like glass. Inside, the meat is delicately juicy and the tender bits of meat squirt underneath the crackled skin. The spice begins with a tickle at the back of the throat before ballooning outward like a mushroom cloud—dancing up the tip of the tongue, swinging up to the roof of the mouth and back to the top of the throat. It circles around and grows and cools in a continuous greasy stream.

Bite-sized pieces of popcorn chicken slathered in Korean spices served as a warm up at both 416 Snack Bar and Menenga or piled high and served with a baker’s dozen of sauces at Kyopo, the suprema topped with literally anything at Chacarita bodegón Gambrinus, sake and soy marinated and fried karaage at the San Cristobal first floor walk up Shogun, spicy chicken wings at El Banco Rojo and a whole fried quail that pops on and off the menu at Anafe.