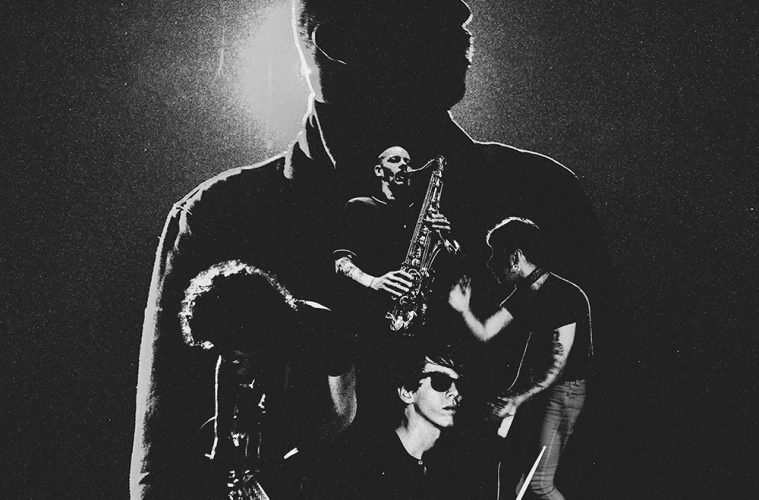 Merriam-Webster defines the word lechery as an excessive or offensive tendency toward sexual desire. Uncontrollable lust. In this case, the inability to control the libido; finely-tuned shamelessness. Religion condemns lechery and associates it with sinful or illicit conduct.

So, it could easily be said that if Merriam-Webster were to propose a definition for the music of Los Muchachos de la Secta, it would almost inevitably be categorized as a synonym under lechery. More than any other band in the Buenos Aires scene today, they embody the primitive energy of rock’n’roll, that energy which in the 50s got a whole generation of people recently emerged from the Second World War shaking their booties, turning to the latest black rhythms to try and forget the blood that was spilled on those battle fields.

Time has passed; numerous technological and musical innovations, as well as changing trends and styles, have left indelible marks on the history of pop music. That there have been various eras of music – some better than others – and repetition throughout each country, is a point of analysis regarding the culture of rock. But it’s not my job here to give you a historical review. My job is to say that we can once again have faith in rock and roll, thanks to bands like Los Muchachos de la Secta.

In recent years, rock has become something enjoyed by a small number of human pioneers who lead nocturnal quests into dilapidated caverns in search of something with a true essence of irreverence. It’s no longer a genre; it’s a feeling – the feeling that music is a cult, nourished by the lifeblood of live shows. And on the subject of life, if you’re looking to make your boring and banal life more tolerable by fanning that little flame of rebellion within you a bit – well, it would do you good to go out and see Los Muchachos de la Secta play live.

I sat down with Capitán Mandioca, front man of the band, to get his take on the matter.

How did the group form?

“La Secta began with the end of Los Waffles, and out of a necessity to keep communicating. We got together almost three years ago, and after two band practices we played our first show. The band consists of Nikki Molyna and Niko Z on guitars, Gas on the sax, and Choki on bass. We all got to know each other through playing concerts together and sharing our ideals and musical tastes.”

Released from Pirovano Hospital multiple times, Capitán Mandioca has survived a few fires in his lifetime, and it’s his job as the band’s front man to be the one who communicates “si la yuta no arde nada puede cambiar.” (If the police aren’t in flames nothing can change) The bastard son of Sandro and first cousin of Alan Vega, Mandioca sings in the key of soul and barks like a dog, “soy un chico de barrio, solo busco respeto, solo quiero bailar sin tener que pensar que el dinero no alcanza y tengo que morfar.” (I’m a boy from the hood, I just want respect, I just want to dance without having to think about how there’s not enough money and I need to eat) He steers clear of metaphors and spits songs the same way he talks.

How do you write songs within the group?

“In rehearsal there’s a lot of instrumental improvisation, we might be noodling around a rhythm and an idea starts to form from there. When we play live, the songs tend to come out a little different each time.”

Club Negro transmits, in this sense, that feeling of finding something that a Spotify playlist can’t offer you. Music created through live practices and without any specific musical formula, but rather with the scruples that come from knowing your style and aiming in a specific direction.

While the current trend in independent music is to profit off the feeling of melancholy, which we see in the countless musical projects labeled as “indie,” Los Muchachos de la Secta do the complete opposite; they put a disorder within the order to make rock and roll a feeling of cult and belonging.

What’s your opinion about the current scene?

“I think that there aren’t symptoms of sensitivity, nobody’s coming up with anything that lasts longer than an Instagram story. Things that make me dance burn within me, and everything that falls short of that and that is less contagious, doesn’t interest me. Personally, I really like Pradotown; they’re honest and simple.”

Why should people go to a LMDLS show?

“I want to see people dancing at shows again. Our concerts are participatory; I’m convinced that the music has to be made by everyone. Maybe we’re singing Tutti Frutti and it seems kind of silly, but in ancestral cultures they used dance to lift themselves up and to experience connection among all of them. The only thing I believe in is rock and roll, and we’re really doing it.”