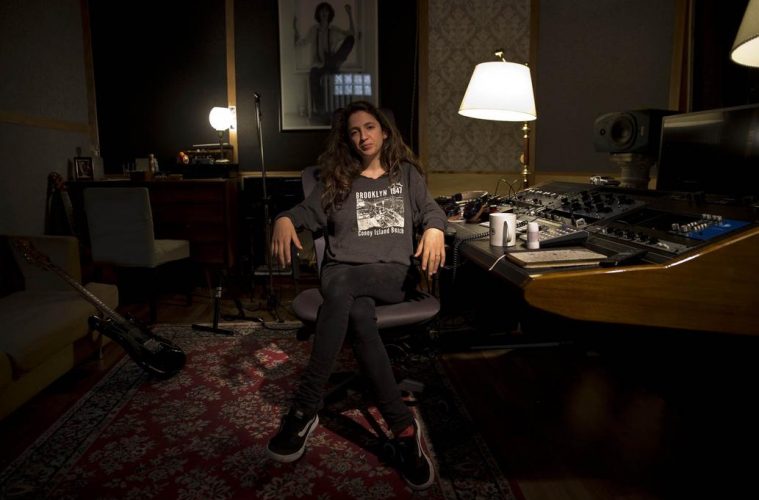 Is it just me, or is this an especially epic week for live music? Yes, yes, it is. While Cristina has opted to shoot for second-in-command, women in music are aiming for nothing less than the top this week. Thirteen of the eighteen bands featured on this week’s agenda are fronted by women, and I wasn’t even trying! Now, I’m sure all the chabones out there are already asking themselves the age-old question that invariably surfaces when (and only when) the subject of women musicians is broached: BUT CAN THEY ACTUALLY PLAY THOUGH??

Hmmm, let’s just say, if you’re planning on going out this week, you’d best leave the fragile masculinity at home in a safe place. Here’s our lineup:

Singer-songwriter Jo Bleu is playing an acoustic show tonight at Casa Dasein. She will be playing the songs from her debut EP Kiwi Boy, set to be released within the next few months, and some covers by artists including The 1975 and Billie Eilish. There will be craft beer all night and a DJ-dance party for getting down after Jo’s set.

This Thursday at Niceto, Barbi Recanati will be offering us a sneak preview of the first album of her solo career, which has been preceded by twelve years as front woman of the band Utopians. The accompanying EP, Teoría Espacial, includes four songs which range in style from the new wave punk of Patti Smith and Iggy Pop that has always characterized her music, to a more psychedelic indie that represents a shift in approach. She will be accompanied in this edition of the Indiefuertes ciclo by Ruiseñora, a project formed by María Pien and Lucila Pivetta that’s so new it’s not even on social media yet, and Jazmín Esquivel, whose album Púrpura was listed among La La Lista’s best albums of 2018.

Come to Salón Pueyrredón this Thursday to celebrate all things femme, with live music performances by mujerxs for mujerxs. On stage will be Acid Caramels, Lxs Ellxs (the new project of one of the members of Excursionistas), Betta Splendens, and Dirty Caka (who will also be spinning tunes between sets with not one, not two, but all of her alter egos: Valentina Espetxe, Princesa Border, Driver). There will also be independent art exhibits to enjoy, and, of course, ferias ferias ferias.

Folie will be presenting the album El Gran Tornado this Friday at La Tangente. Folie is a group that explores a frenetic sound based in indie, mixed with elements of garage-rock and post-punk, and executed with the energy of a 17-year-old BUT the professionalism of a twenty-something. Personally, what I enjoyed most about El Gran Tornado was the lyrics, which felt very honest and very moving, but not in an overstated way. Folie will be joined by Mermelada de Morcilla, a difficult-to-classify quartet, with a terrible but unforgettable name.

I saw Ohdiosa for the first time a few months ago, accidentally, and fell in love with their unexpected melodies and unusual tunings, and Sofía Malagrino’s voice and charming presence onstage. Also, it’s a huge plus that they have a punny band name. This Friday at La Casa del Árbol, Ohdiosa will be joined by Les Presentes for a nocturnal expedition to their natural habitat. In addition to the music, there will be great food, craft beer, and books to peruse.

Aurora (on tour from Norway)

Man, I really wanted to go to this show, but when I checked, like a month ago, all of the lower-budget tickets had already sold out. If you’re fortunate enough to have $5,000 lying around, I highly recommend you go to this show and invite me as your date. There’s something peculiarly unique and strange about this tiny and talented nordic musician. It’s as though pure magic were running through her veins. Watch the video above and you’ll see what I mean. Aurora is more than a singer, she is a warrior and a protector, with wisdom beyond her years – oh, and not to mention, and outstanding composer.

As part of the program Tester – Rock en ascenso, dedicating to promoting the indie rock and pop scene throughout the country, CCK presents Los Besos and La Otra Cara de la Nada this Saturday, for free! Los Besos, the sextet led by Paula Trama, will play their electro-pop songs, while La Otra Cara de La Nada will preview songs from their upcoming album through the deployment of alternative sounds and shoegaze.

This Saturday in Roseti there will be a very special presentation of PANAL, Carola Zelaschi‘s first album. The live show will consist of a full ensemble including all of the musicians that participated in the making of the album – 13 in total, including two guitars (one played by Lucy Patané), a bass, a harp, piano and synths, two cellos, alto, tenor, and baritone saxes, a trombone, clarinet, viola, and drums. Phew! This is gonna be awesome. I’m going.

The tucumano artist Tuti Posse, after a long stay in La Plata where he was working on the album Avisos de películas, will be presenting Cementerio del Oeste, their second solo album, this Sunday at Morán. For this occasion they will be accompanied by Montarosa, who will be playing tracks from their upcoming debut release.