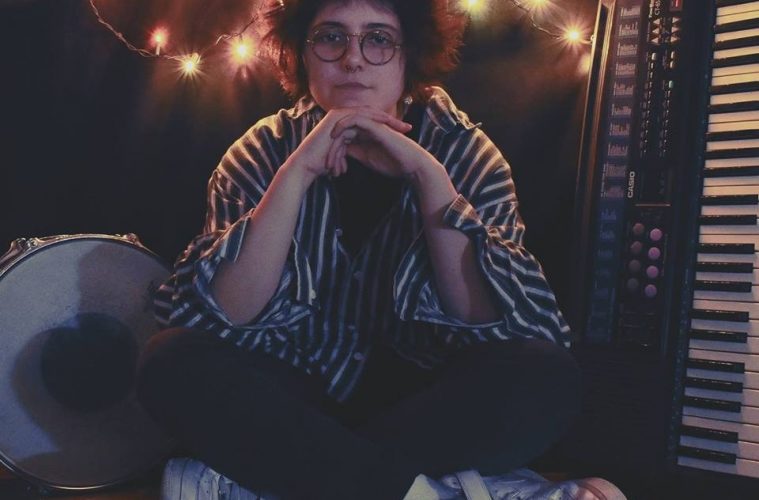 Hey there! It’s the second installment of our monthly series looking back at recent releases in local music. There’s so much good stuff out there, and we’re stoked to be highlighting it. If you missed last month’s list, make sure to go back and check it out here; you’ll likely stumble upon a brand-new favorite or two. That said, let’s move on to this month’s picks!

Starting off with a short intro that would sit nicely on any Spacemen 3 album, Pasadizo Aumentado’s version of Astro Nivel quickly kicks things into high gear by introducing Medalla Milagrosa’s tried-and-true formula: sci-fi-inspired lyrics, thrusting motorik beats, and reverb-laden guitars that seamlessly intertwine melody and texture. If 2017’s Pasadizo EP were a movie in black and white, Pasadizo Aumentado feels like watching that same movie in color for the first time, with the songs coming to life with a newfound vitality.

“Risa de Palmera” opens with gently-plucked guitar strings, kicks into a stuttering rhythm that almost sounds like it’s about to break into math-rock territory, and then jumps into a kinetic burst of energy before falling apart and building back up again. All the while it is anchored by Melanie Williams’s hushed, echoey vocals, giving the song a dreamy shoegaze vibe without ever undercutting its melodic richness. This cut from Melanie Williams & El Cabloide’s new release Comprensión1 is a great showcase of everything we love about this musical project.

Camionero is keeping our favorite 70s bands alive in the underground scene. They’ve got blues in their blood and they’re serving us that good ole rock-n-roll. Last year we were graced with the release of not one but two five-song-EPs (aptly titled E.P. I and E.P. II). This latest single seems slightly tamer than last year’s releases, a lot groovier and more laid-back, but featuring the same blues riffs they left us craving.

Marton Marton, the musical alter-ego of multi-instrumentalist, singer and composer Martin Villula, has returned with another advanced single from his upcoming album, to be released in mid-2019. Channeling the fuzzed out psychedelic vibes of early Tame Impala, “Tos de la Perrera” holds no punches, exploding into existence as if the song began mid-chorus. It’s rowdy and heady until a brief lull, in which Martin sings “Me sentiria mejor si te fueras de aca.” A few moments later, the distorted guitars swing upwards into a cosmic haze, heavy with delay, building up layer after layer until it all comes a bit unhinged again – in the best possible way.

A selection from Renzo Montalbano’s new album Potente, “Cuando Haya Distancia” is a sweet, romantic track that harkens back to the doe-eyed side of the 1980s; among the many effects it will have on you, you’ll be wanting to slow-dance with that one person who causes you to feel butterflies in your stomach whenever you see them (even if you can’t see them every day). “Remember me when there’s distance, I will do the same every morning”, he sings in this lovelorn tune, which features a lovely mix of strings, horns, guitars, piano, and, of course, Renzo’s incredible voice. A silky-smooth soul throwback, and an absolute stunner.

“Emily Rose”  is the third track on El Álbum Familiar, the debut album of folk-pop duo Yuli y Tonga, produced by Tomás Stagnaro. The song features acoustic guitar, melodica, what I assume is a cowbell, and the unique and incredibly in-tune voices of Yuli and Tonga.  If you ask them what the song is about, they won’t give you a straight answer: they might say it was inspired by a movie (The Exorcism of Emily Rose); if your name is Emily, they might tell you they wrote it about you; they might just smirk and walk away, which seems the response most befitting of the song. It has a sort of sinisterness coupled with cheekiness that is not uncommon in the music of Yuli y Tonga, who, as a general rule, don’t shy away from uncomfortable musical moments (some of their hallmarks being their decidedly non-diatonic vocal harmonies, and refusing to resolve cadences at the end of songs). It’s a song that gives you a very specific and strange sentiment that mysteriously evades articulation (think Mona Lisa). In other words: what it is it that we love about this song? Well, we can’t quite put our finger on it, and that’s what we love about this song.