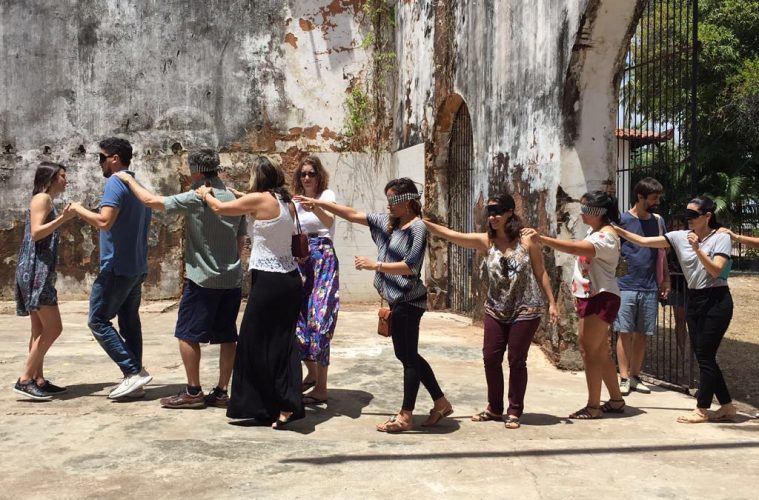 In my first class as an architecture student, my peers and I were tasked with bringing a chapter in Italo Calvino’s The Invisible City to life. Each chapter in this book describes different cities vividly. There’s a city of love, a city where the past mingles with the the future, another of secrets. The catch: there was no mention of what these cities physically looked like. The chapters described the feeling of each city, and we had to dream up the rest.

At the end of the semester, my professor revealed that all of these different cities were really Venice in its different variations. Each chapter described a certain invisible essence that makes Venice what it is.

Cities are much more than their streets and their buildings, and in New York in the 1950’s, then-journalist Jane Jacobs was the first to recognize that the feeling of a city, and the way people interact with it, is what makes it great. She created a stir when she insisted it was far better to have quirky local shops and neighbors that knew each other than sweeping modern skyscrapers and huge city blocks.

“There is no logic that can be superimposed on the city; people make it, and it is to them, not buildings, that we must fit our plans.”
― Jane Jacobs, The Life and Death of Great American Cities

Jane went on to be one of the most well-known and admired voices in modern city planning, and every year a weekend-long walking tour festival, named Jane’s Walks, happen in more than 300 cities all around the world.

In Buenos Aires, Jane’s Walk is nicknamed the Festival de Caminatas, and will happen during the first weekend in May. It is run, led, and organized by local volunteers to give people the opportunity to connect with their city and the people within it in new ways.

True to the spirit of Jane Jacobs, the walks in the Festival de Caminatas are not your typical history-of-main-government-buildings downtown kinds of walks, and they’re not usually led by tour guides. Instead, walks are led by local architects, city planners, writers and other citizens of the city in which they’re held.

Each of the walks happen in different barrios and with a different perspective on the streets and buildings that we interact with every day. One walk focuses on astrology, another on street art. In one walk we’ll learn about policies and challenges facing the Villa 31, while the next will be about perceiving the city through sound with blindfolded participants.

So get up. Pick a walk (or two.. or three…). Come move your feet. Bring your friends. And fall in love with your barrio and your ciudad all over again.

When is the festival?
The festival starts on Friday, May 3rd at 7pm and ends on Sunday, May 5th around 6pm.

Where are the walks?
In nearly 20 different neighborhoods between the start and the end of the festival. Check to see what walks are happening in your barrio.

How many walks can I go to?
As many as you want! Just remember, a lot of walks happen at the same time, so plan wisely unless you’re able to get your hands on a time turner.

How much do the walks cost?
All the walks in the festival are free for everyone.

What language will the walks be in?
The walks are led by locals, so they’ll all be in castellano.

How long do the walks take?
Roughly two hours.

Do I have to sign up beforehand?
Most of the walks are open, so you just need to show up at the meeting point! However, some walks have limited space, so for those you’ll need to sign up beforehand. Some walks also require specific materials (a sketchbook, a yoga mat), so check out the full list of walks and check to see if you need reserve a spot for you and your amigxs.

Who organizes the festival?
Urbanismo Vivo has organized Jane’s Walk/ the Festival de Caminatas in Buenos Aires since 2012.

I want to help! What can I do?
The Jane’s Walk Festival de Caminatas is organized al pulmon, so if you want to donate to the cause to make this and future festivals possible, you can donate here (and get a cool bag or a t-shirt while you’re at it). If you’d rather donate your time, email janeswalkbsas@gmail.com to get on the mailing list for next year’s volunteers.