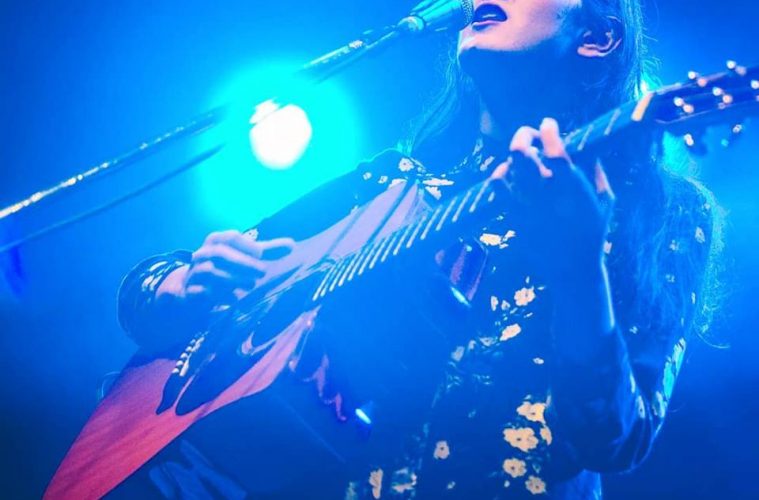 Not unlike everyone’s favorite gothic cathedral, our music agenda is also on fire this week, and just in time for Easter! (Too soon?) (Sorry, I had to break the ice somehow, and I figured that a GIANT BURNING CHURCH THAT PEOPLE ARE REALLY UPSET ABOUT would certainly do the trick.) Well, anyway, here at La La Lista, when we’re not making light of today’s trending world tragedies, we’re busy keeping up with all the coolest underground bands in town, to make sure that nobody in Buenos Aires (AKA the Paris of South America) gets stuck with weekend plans that aren’t totally flama. Here’s our lineup for this week:

Break out your old vest with all the patches and your combat boots and I dunno maybe some fishnet stockings and blue hair dye – nah, I’m totally kidding, real punks know that we don’t need to dress punk to be punk, but hey, you do you! There will be punk music all evening long at GIER music club this Thursday, including live performances by CARA-CORTADA, INVOLUCION, Deportivo Alemán, Los Traumas, and Perfectos Imperfectos.

Powerhouse female singer-songwriters Ro Rapoport and Marigrá Geranio meet again this Friday at Vuela el Pez. Each of the two artists will be playing a solo set accompanying themselves on the guitar and effects pedals, with visuals provided by Rosario Murua and Edu Cabrera. At midnight, DJ Tsunami will arrive and get all the hips in the building moving.

This Friday, starting right at tea-and-cookies time, come take a stroll through this lovely event featuring bands from in and out of town, including one of my favorite local acts, Gente conversando, Rosarino punk band Tensión, and all-girl punk band TURBA. After the live music you can hit the dance floor to vinyls spun by DJs Pe Lut and Leah Beo.

Without a doubt, the current times we’re living in are of great importance for the history of women in America. They (we) live day-to-day life dodging obstacles in a modern jungle in order to achieve that coveted “empowerment,” also while being pressured to not lose touch with their sensitivity. And it is this mix, of empowerment and sensitivity, that you will hear Friday night at this special event which brings together five women from across this huge continent (or huge two continents, depending on where you were educated). Laura Camargo (Colombia) and Vera Buendía (Argentina) will be reading some of their original poetry, and musicians Florencia Ambhar (Uruguay), Emily And (USA), and Paola Ventieri (Mexico) will be sharing some of their original songs.

Join us this Friday for an apocalyptic night of music from the depths of the cosmos! Psychedelic space and desert pop band Guara will be celebrating the official release of their first EP, Taloraan, and presenting the entire EP live, along with some new material. Post-punk/shoegaze group Océanos (who I have the pleasure of hearing rehearse regularly at Melotron Sala, the rehearsal space in Saavedra where I work!) will be warming up the stage before the big presentation.

Award-winning alternative folk artist Karina Vismara will be performing accompanied by a full band this Friday at CC Richards, along with Las Fuerzas Subterráneas, a four-piece rock/canción group, and Siro Bercetche, who released the new album Alta Parana last week!

A confluencia is where waters from different rivers come together to form a single channel. And something similar happens with artists who come together in an event to flow through their creations. Singer-songwriters from both sides of Río de La Plata; Damn Espejo from the Argentine side, and from the Uruguayan side, Flor Ambhar and Andrés Barreiro. And the other river that magically unites us is the Rimac river, which crosses through the city of Lima, from whence have come singer-songwriters Santa García and Fabricio Robles, and poet/organizer of the event, Zezé Fassmor.

Psychedelic noise-punk band Unión Soviética will be furthering their agenda of world domination, back by a front comprised of Paltax, P E L 0 P I N C H 0, and Brian Franka. After the world has fallen to its knees, DJ Letsgou Set will come in for the kill.

Punk trio and veterans of the local scene MUJERCITAS TERROR are playing this Saturday at Ladran Sancho, along with psychedelic indie/blues group La Noche Que Estuve A Punto De Morir, post-pop band Querida Dária, and beloved (by me) folk duo Yuli y Tonga. There will be a whole bunch of awesome ferias for you to peruse, as well as a raffle with sick prizes!