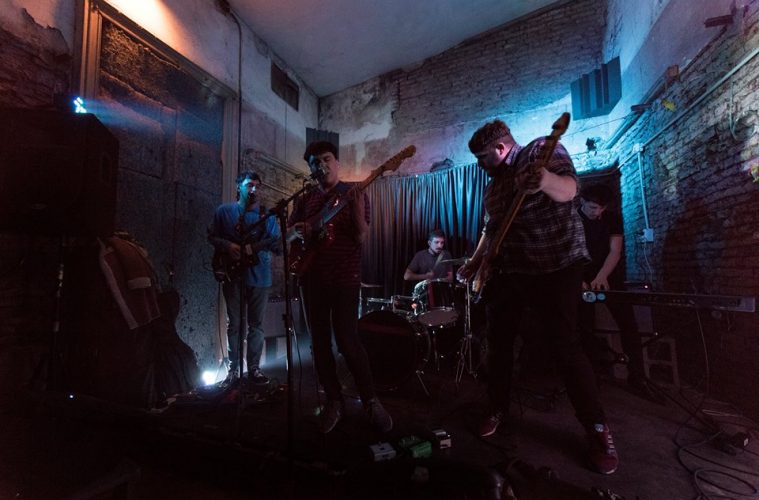 How is your week going? Good? By good, what I’m really asking is: “was your best friend and guitarist deported yesterday at Ezeiza?” Because mine was. True story.

Anyway. Here are some live shows you can go to while you pound a few too many fernet and cokes as you try to re-ignite your faith so you can squeeze a few prayers out of that dried up squeezebox where you heart used to be.

SEE YOU AT THE SHOWS!

I don’t know about y’all, but sometimes autumn can have me feeling a little nostalgic. Leaves changing, green growth slipping into decay. You might even say that I have a case of the BLUES. See what I did there? This is all to say that if you’re a blues fan, you can check out this weekly series at Lucille bar. Entrance gets you  free drink.

The 71-year-old teacher turned musician Liliana Herrero will be playing a brief Mercurio Disqueria (Galería Patio del Liceo – Av. Santa Fe 2729 – C.A.B.A.), to promote her upcoming album #CanciónSobreCanción, a tribute to her mentor Fito Paez. It’s free to get in, so you have no excuse not to swing by and get a glimpse of this living legend in action.

Argentina’s favorite baroque folk pop band is returning to the stage with a live presentation of last year’s three-part, conceptual album La Ceremonia. Don’t sleep on these tickets, as the first 50 are available at a discount.

Does your taste in music run the gamut of shoegaze, post-punk, and 70s psychedelia? If the answer is “boy does it ever” then we have quite possibly dated (albeit in a weird alternative universe where we talk to each other like the milk-toast protagonists of after school TV specials). But I digress: Medalla Milagrosa, Pyramides, and Las Ceremonias  are doing what they do best on the stage of La Confitería this Friday, and you should be there — because I’ll be there! And we used to date! Kind of.

Seasoned reggae veterans Mimi Maura are celebrating the 20th anniversary of the release of their 1999 self-titled debut. Expect a long list of guests, multiple encores, and, of course, laid-back grooves with a unique Latin flavor.

Instrumental ska reggae legends Dancing Mood will be playing El Teatro de Flores along with 10-piece ensemble Sobra Milonga, which fuses rock with genres as diverse as jazz, tango, and candombe. Catch them live for a healthy dose of Caribbean-infused brass music.

You want a homegrown cornucopia of cultural magic?! YOU GOT IT. Corte Poesía returns with it’s sixth edition of music, poetry, rap, story-telling, DJ sets, art exhibitions and more, because you know what? Street art ain’t a crime, MAN. Get a sonic whiff of our very own Emily And, who will be playing her delightful acoustic ditties, as well as poets Walter Godoy,
Flora Pallas, Ricardo Ache Bozzini, story teller Maria Durruti, and rap artists Davis Aka Mr.Nobody and Mansa Lluvia

On its 4th edition, Noche Alterada presents post-punk hosts Sentidos Alterados joined by gender-bending pioneers Kumbia Queers. If you enjoy dance music with a certain edge to it that can still be played at the cool kids parties, this is the event for you.

Experimental jazz ensemble PSEUDO is back at it with new members, new repertoire, and a very special guest. Catch them in all their weird gloriousness at Lucille. You’re welcome.