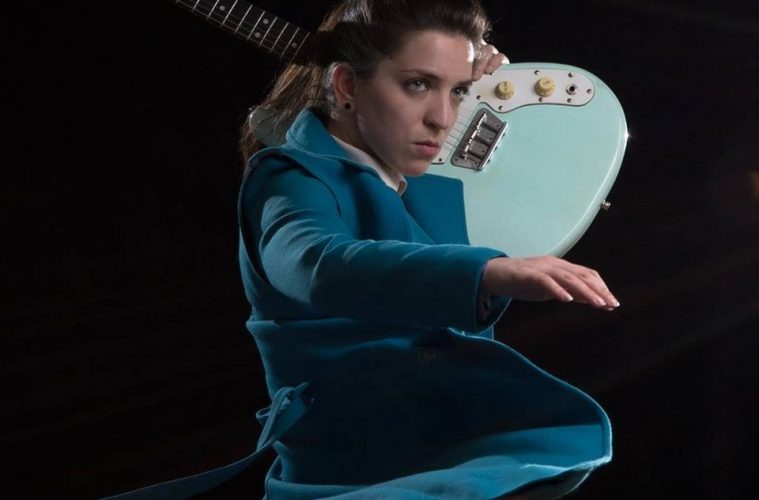 Helloooo, it’s that time again; I have a fever! This might have come about due to changes in the weather, maybe too much skere, or maybe it’s simply a fiery passion for weekly coverage of live music events, burning inside of me, sending flames through my heart, boiling up into my soul and making me tremble. Ah yes, the La Lista fever, it’s a fever you can’t sweat out (one of the best albums of the millennium, by the way), one that ravages the insides, that chars to the very core, and that can only be remedied by frantically smashing “going” on all music-related Facebook events, creating Spotify playlists of local artists, browsing Youtube (shoo-toob) for fresh local material, and putting it all into a fancy little column for your weekly consumption. Here’s what we’ve got for you this week:

Ciclo 100 is a weekly music event hosted by Yolanda Discos at the brand new Centro Cultural Richards. Each Thursday they host live performances by two active and innovative projects, in addition to invited DJs who take charge of the dance floor. This edition will feature Fonso, who brings us innovative genre-defying works of musical collage from the future (no, seriously, his most recent release, Anmeldung, was apparently recorded live in Berlin on July 31st, 2019), and AVI, a musical artist/group that is really hard to find on the internet (but I’m sure they are cool, too)! The DJs for this edition will be Fransia and Lisa + Cajú. You can reserve your 100-peso entrance ticket by emailing your name to [email protected]

For this third edition of NAPP Records & Friends, NAPP Records invites us out to spend the evening together at Espacio Rô, with a lineup characterized by bass music playing the lead role. Friendships between old school and contemporary beats will be forged, through live performances in hip-hop, dance, break beat, drum and bass, and more. Participating artists include El Plvybxy, BUNGALOVV, Tufi Meme, and Betas. Your 150-peso ticket comes with drink included!

The ciclo of women artists, Sola con mi alma (alone with my soul), curated by Muma Mundo, is serving up its twenty-first edition this Friday in the beloved Casa del Árbol. After the delightfully special circular edition that was number 20, this edition brings us back to the basics, with three short concerts, two readings, and a bit of physical activity. The cast will include musicians Ire Paz, Pájarazú, and Erika Lehner; writers Juli Schei and Carla Chinski, and dancer Lucila Raniolo.

Los Besos and Rosal will be sharing the stage for the first time this Friday at Xirgu Espacio Untref. Los Besos, the band formatted around Paula Trama’s songwriting, will be presenting their latest album, Copia viva, while Rosal will be playing songs from their most recent EP, Te agradezco el amor, and offering some sneak previews of tracks from their upcoming release.

The music of Clan Caimán is primitive and hypnotic, rooted within the realm of pre-rock, and from there imagining a distinctive pathway, like a musical evolutionary offshoot forging its own parallel timeline through the 60s and into today. This Friday they will be playing their first show of the year, in the company of the beautiful and ethereal songs of Diosque II. Word on the street is that this is a show you don’t want to miss.

From the far away land of Montevideo, Flavio Lira brings a solo project called Amigovio (which is one of my preferred portmanteaus), to play alongside Ruidas (in one of their final shows in power-trio format), and beloved (by me) singer-songwriter Antolín, this time with a backing band (Ezequiel M Rivero, Raquel Luco and Patricio Jones). Visuals will be provided by Valeria López Muñoz, and drinks and home-made food will be sold on-site and at friendly prices.

Welcome to the very first show of the third incarnation of Ciclo Motor Pop! The event will be held on the terrace of La Confiteria, and will begin with a zine and independent publications fair soundtracked by DJ Diamin (Chile). Once night falls, the live music begins, with three projects that will invoke the spirits of indie-folk, noise, electro-pop and post-punk: Natalia A is a songwriter and producer from Tucumán, whose debut solo album Paisaje que reviente could be described as intimate electro-pop noise. Maquillaje is an indie-pop project formed by Florencia Farías, Agostina Tagliapietra, Delfina Peydro, Hector Zuniga and Leandro Isaguirre in 2018, the same year as the release of their first album, 7 p.m.. The third project of the night will be the punk rock trio MUJERCITAS TERROR, who’ve been rocking out on Buenos Aires stages since 2006.

Last year I had the pleasure of opening for one of Ana Granato’s ANTI canciones shows, and since then I have been a fan. The talented singer, (anti)songwriter, and actress uses children’s toys, unusual instruments, strange poetic mixtures, audiovisual confusions, unorthodox philosophies, and all the deformities necessary for play, to create a one-of-a-kind musical theatrical experience that will not easily be forgot. To get the address for the event you must, 1) not be a cop, and 2) send a message to the event organizers.

I played this ciclo last month, so I can tell you from first-hand experience that the onda of this event is top-notch, the people who put it together are kind and well-organized, and its motives are pure. After the last two editions returned to the ciclo’s roots in national and international folk, they’re bringing us back onto the path of rock and roll, the genre that sits so uneasily with a government so silent in its ways and so noisy in its ideas. Las Diferencias is a rock band from Caseros, with songs loaded with riffs, corrosive sounds, bluesy hooks, and a whole lotta groove. Lucy Patané is as much multi-instrumentalist as multi-faceted in her projects. She plays in Las Taradas, La Cosa Mostra, and El Tronador, collaborated in other projects, and as though that weren’t enough, she is also the founder of Mercurio Disqueria. You can catch both artists this Saturday at Espacio Salvo, for the incredibly low price of 200 pesos, and with all the money from ticket sales going straight to the artists, you can feel good about each one.

Singer, composer, performer (and La La Lista featured artist!) Jenny Moule comes from Brighton, England, and makes her home vagabonding through the jazz, acoustic, theater, and burlesque scenes of Buenos Aires with her one-woman show, an act featuring her wild and wonderful alter ego Damsel Talk. She’s performed her works in Mexico, Italy, Spain, and Argentina, at venues as small as Clásico Fernandez, where I had the joy of sharing a bill with her in 2017, and as big as Luna Park itself, where she opened for none other than Rod Stewart. Her performance this Saturday at Thelonious Club is sure to make you laugh, maybe even make you cry, and will definitely leave you in awe.

Paola Navarrete, who has been described as “the queen of Ecuadorian alternative pop,” and “a powerful voice from the middle of the world,” is playing for the first time in Buenos Aires, this Sunday at El Quetzal. She will be accompanied by Argentinian artist M.A.P.A, and together they will create an explosive and unforgettable fusion of pop and electro.