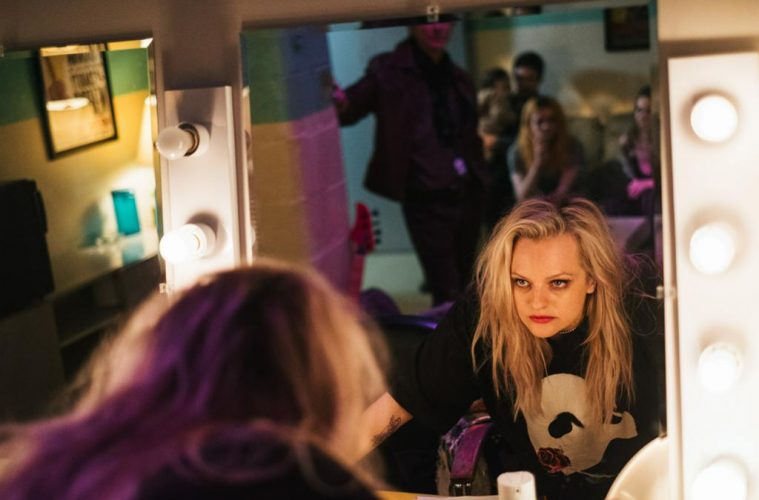 Off the Marquee | Special BAFICI Edition

Hello! It’s been a while. Welcome to a new installment of Off the Marquee, the only film column that will give you the straight dope on where to watch all the most interesting films that are screening in the city of Buenos Aires. I feel incredibly uncomfortable using the expression “straight dope,” both because it’s just not part of my vernacular and because I’m not even sure that people still use that term. Regardless, I’ve typed it, you’ve read it, it’s there, and we must move on and live with it.

While most months we try to provide a well-rounded view of the various oddities playing around Buenos Aires, this month we will be focusing our attention on a single event: the Buenos Aires Festival Internacional de Cine Independiente, or BAFICI for short! Every April, movie theaters all over the city are taken over by this joyous celebration of independent cinema from all over the world. If you’ve never been before, you really need to check it out; the selection is huge, with films of wildly varying genres, tones and budgets. I’ve seen some incredibly strange and esoteric stuff, some borderline mainstream stuff, and all the shades of in-between.

So here’s what we’re going to do. I’m going to hit you with ten suggestions of films to watch, with the huge caveat that this is barely even beginning to scratch the surface of what is available at this festival. Instead of trying to be some kind of authority on BAFICI, I’ll just give you ten movies that I am personally really looking forward to. I encourage you to check out the film schedule yourself and do a little exploration. Often, with festivals like this, you end up stumbling upon a new favorite film completely by accident. I’ve been attending the festival for 12 years, and that has certainly been the case for me.

First, the basics. The festival officially kicks off this Wednesday, April 3rd, with an inaugural screening of Argentine comedy Claudia. The rest of the screenings start happening the next day. Tickets are already on sale here. There are screenings happening all over town, but the base of operations will be the Multiplex theaters in the Belgrano neighborhood. Tickets cost $70 pesos a pop, with discounts if you’re a student or a retiree. So what are some of the movies we can watch this year?

One of my favorite genres to watch every year at BAFICI is music documentaries. Fire Music is an exploration of free jazz; its roots, its influences, its significance, its tradition and its legacy. The music of Ornette Coleman, Sun Ra, Cecil Taylor, and many others, is put under the analytical lens of history, and the film acts simultaneously as analysis and tribute to a truly explosive time in music history.

A Colombian film chronicling the relationship between Cristina and Simón, two graffiti artists working in the streets of Medellín. Soon they become involved with a dangerous gang, and suddenly their passion for their craft will evolve into a desperate quest for survival. A charming but unflinching exploration of youthful enthusiasm, street art, and every person’s ability to pick their own path in life.

What She Said: The Art of Pauline Kael

Pauline Kael is one of the most significant film writers of all time. In fact, I’d go as far as to say she’s the single greatest and most important film critic to ever write a review. Through her sharp and incisive commentary, and an ability to verbalize that which many of us struggle to desperately to convey, she was able to work her way into the heavily male-dominated world of film criticism, and become one of its brightest and most celebrated voices. This documentary examines her life and pays tribute to the importance of her work.

Badur Hogar is a very unusual take on the romantic comedy genre. Well, it reads like a romantic comedy, but it is also a screwball romp, a human drama, and a sweet-hearted story. It follows the relationship of Juan and Luciana, who meet during a particularly dark and turbulent time in Juan’s life. They soon develop a relationship that, through subversions of screwball comedy tropes, ends up entangled in a complicated web of lies. A fun, witty film that deserves its place among the decidedly stranger and more outwardly cerebral fare this festival has to offer.

When one thinks of “an independent foreign film about a POW camp during the Korean war,” the image that comes to mind is likely dramatically different from something like Kang Hyoung-Chul’s Swing Kids, a musical comedy that takes as many cues from Gene Kelly films as it does from heart-wrenching explorations of the ravages of war. This is a tribute to music — to the tradition of song and dance, and the ways that it can bring us hope even in the most dire circumstances.

Another hallmark of BAFICI is gripping crime stories of Asian cinema. Hung Tzu-Hsuan’s The Scoundrels is an action film through and through, with kinetic fight scenes and frenetic high-speed chases, but it is also very much steeped in the thriller genre. A former basketball player starts getting involved in the world of organized crime, and very soon tangles with a very important and dangerous figure therein.

What could we try to say that this title isn’t already laying out? This is a tribute to one of the most important icons of 70s cult cinema, Playboy-model-turned-sexploitation-star Christina Lindberg, and the many lives she’s lived over the years.

Doppelgangers are creepy (go watch Jordan Peele’s brilliant Us if you’re not already convinced by that premise). Doppelgangers who take over your identity are even creepier. Andrea Jaurrieta’s tense, wryly humorous, gorgeously shot film about a woman who gives up her life after her exact double shows up and takes over is a wonderful meditation on identity, and what it means to even be someone. One of my most anticipated films in the entire festival.

Now I guess I’ll have to tell ’em / that I got no cerebellum / gonna get my PhD / I’m a teenage lobotomy. Filmmaker Rick Alverson turns his peculiar eye to the life of American neurologist Walter Freeman (famous for having invented the lobotomy). Starring the always-great Jeff Goldblum, Alverson himself has described the film as being “counterweight” to the American “narrative of unlimited potential and boundless opportunity,” instead favoring boundaries and limitations. I don’t know about you, but a deconstruction of American society starring Jeff Goldblum as a roaming lobotomizer sounds like exactly the kind of thing I want to see at this kind of film festival.

Writer-director Alex Ross Perry is having a very interesting moment in his career. Fresh off his first truly mainstream success (as a screenwriter for last year’s surprisingly good Winnie the Pooh movie Christopher Robin), he turns his analytical eye and literary mind away from neurotic New York City hipsters and to the world of music. Elisabeth Moss stars as a Courtney Love facsimile (yes, I know, it’s not actually Courtney Love, jeez), whose self-destructive unraveling is chronicled in this poignant, often surprisingly funny film.