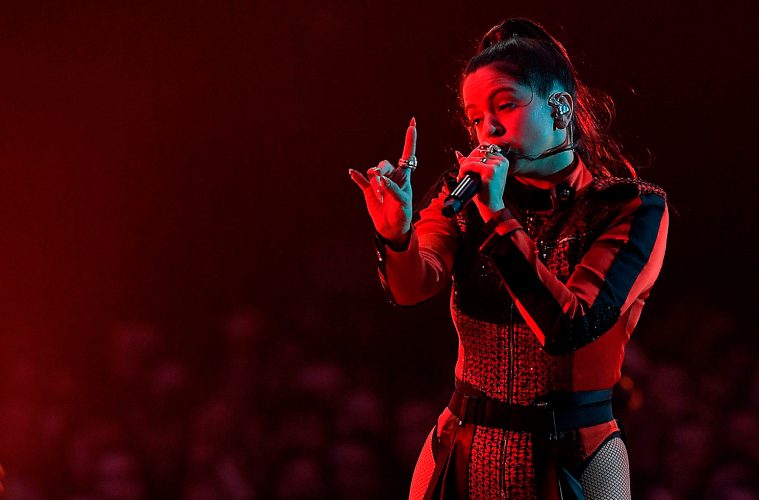 Lolla Lista | Our Guide to Lollapalooza 2019

Like every year, Lollapalooza returns to provide us with the adrenaline rush of seeing our favorite bands and artists live in a single weekend (as well as the adrenaline of running from one side of the venue to the other to experience as many favorite acts as possible).

If you’re going to the festival (or staying home because Macrisis), you definitely know that headliners such as Arctic Monkeys, Twenty One Pilots, Post Malone and Kendrick Lamar are playing and it’s gonna be lit. Yeah, but what about those artists further down the lineup? The ones that you maybe aren’t familiar with, that are playing from 12:00 until 17:00 or so? The ones that aren’t as well known on either the national or international scene? That’s what I want to talk about.

Here are some reasons why you should check them out. Because these bands are killing it and you’re going to be listening to their songs a lot after Lolla ends. Trust us. Oh, and make sure you check out the nifty playlist included in this post!

What a way to start. Despite the fact that she is most certainly no longer underground (sorry), she still deserves a place on our list for sheer talent alone. This Spanish singer / songwriter / musician / producer / everything that’s good in the world released an incredible album last year called El Mal Querer, where she tells the story of a doomed relationship across 11 songs that blend flamenco with trap music, each one serving as a new chapter. She’ll be playing at 17:45 on the Alternative stage.

This Argentinian indie rock band, with their summery love song “Loco en el Desierto,” makes me feel like I’m on the beach with my non-existent partner, just chillin’ in the sand. They have other great songs, such as “Cicatriz and “Juro,” on their homonymous album.  If you want to hear these indie-rock/pop gems live, you can find them on the Main Stage 1 at 13:15.

I had the pleasure of seeing them live when they opened for Nothing But Thieves at Niceto Club last year. It was very funky. With their mix of disco, pop, and electronic rock music, there’s no way you won’t be dancing along with them. They play at 12:45 on Main Stage 2.

This band from Córdoba (capital of fernet, isn’t it?) will take you on an electronic/psychedelic trip with their music. Listening to them will get you all pumped up to dance at Lolla with your friends. Dance along with them on Main Stage 1 at 12:00 (the earlier the better).

Jazz at Lollapalooza festival? I’m amazed and you will be too. This Argentine sextet plays jazz, folklore and tango. Highly recommended if you want to feel like if you’re in a whole other era. They will be playing at 14:30 on Main Stage 1.

This Chilean musician produced a masterpiece of an album titled Latinoamerica that mixes disco, electronic and latin rhythms, with political lyrics about fighting the system in South America. It’s really interesting and honest, and reflective of our sad reality. Don’t miss him live at 16:00 on the Alternative stage.

They’ll play their 2017 album Woodstock and at long last I’ll be able to feel like I’m at Woodstock swinging my hippie braids to the beat. Or not really, but it’s gonna be great either way. Portugal The Man is one of those bands that you need to see live to experience all they have to offer. They have fun on stage and even play covers of Metallica and Pink Floyd! I think I don’t need to say anything else to convince you. They will be playing at 17:00 on Main Stage 2.

She’s a musician from Uruguay and is my biggest you go gurlll. Her powerful voice and her empowering lyrics are the reasons why you should go and see her live. She’s gonna be playing at 13:00 on Main Stage 1.

Julia Ortiz and Dolores Aguirre form this amazing acoustic duo called Perota Chingo. Peaceful, relaxing and beautiful music that really touches my soul. This is your breather set. You can go and lie on the floor while gazing up at the clouds and listening to these beautiful ladies at 15:00 on Main Stage 2.

I’m obsessed with this French singer-songwriter. Though she’s French, her music is influenced by her time living in Africa and Dubai. She has this incredible album called Zanaka where you can hear all these amazing influences together in one. She plays at 15:45 on the Alternative stage.

This incredible pop singer has been coined an icon of the LGBT community and performs electro-pop music, with an amazing voice that makes you happy the minute he starts performing. You won’t be able to stop yourself from grooving. Troye plays the Main Stage 2 at 16:30.

Juana is definitely one lady that you can’t not see live, even if Foals is playing at the same time (why Lolla why?). She is one of the best Argentine artists of today, inspiring a whole generation of musicians (including me!) and garnering acclaim from fellow legends such as David Byrne, Phil Selway (Radiohead drummer), Chemical Brothers, and more. To start, you should listen her album Wed 21’ then go see her live at 17:30 on the Alternative Stage.

This goddess from the States is gonna be playing at Lolla and I couldn’t be more excited about it. This singer and multi instrumentalist has amazing live chemistry with her band. She’s incredible as a solo musician as well. She can do everything. Her music is a mix of pop, indie rock and electronica. You can catch her at 19:30 on the Alternative stage.

This Argentinian band will no doubt have you out on the dance floor. If you listen to their song “Bruce Willis,” you’ll know why. A mix of disco, pop and synth music to start off the “day of the lord” with a perfect moment to shake your money maker. Catch them at 12:00 on Main Stage 1.

And after Gativideo, on the same stage, Barbi Recanati will be playing at 13:00. The former lead singer of Utopians is now crushing it as a solo musician, better than ever. Listen to her EP titled Teoria Espacial, particularly the opening track (“oh no lo ves, se va a caer, se va a caer!” *insert green heart emoji*).

Zoe Gotuzzo is the lead singer of this amazing band from Córdoba. With pop-synth music and lyrics that explore love in millennial times, this band is the best option to catch on Sunday. They play at 14:00 on the Alternative stage.

The main reason to see her live is that she’s performing at the same time as La Mona Jimenez, and everybody hates that misogynist. But, the most important reason why you actually have to see her it’s because she has an amazing voice and she’s only 18 years old! She’s the promise of R&B and soul music. I really love her live performance in Colors (you should check it out – Ama Lou – Tried Up | A COLORS SHOW – you’re welcome). She plays at 15:45 on the Alternative stage.

Mostly known for her song “Pretty Girl” this (actually really pretty) girl, queen of LGBT and the lo-fi genre, plays the Alternative stage at 17:45. Personally, I can’t wait to see her live and sing along to her songs “Flamin Hot Cheetos”, “4EVER”, “Drown” and more of her lovely synth-pop, lo-fi music.

Jorja is a British singer-songwriter with a really deep and beautiful voice that really moves me to my core. Heartbreaking songs mixed with an amazing voice makes for a killer performance. You should definitely see her at 19:45 on the Alternative stage.

That’s all, folks! Follow this guide and you’ll discover amazing musicians and make this Lollapalooza an experience to remember. Don’t forget to stay hydrated and enjoy the festival!