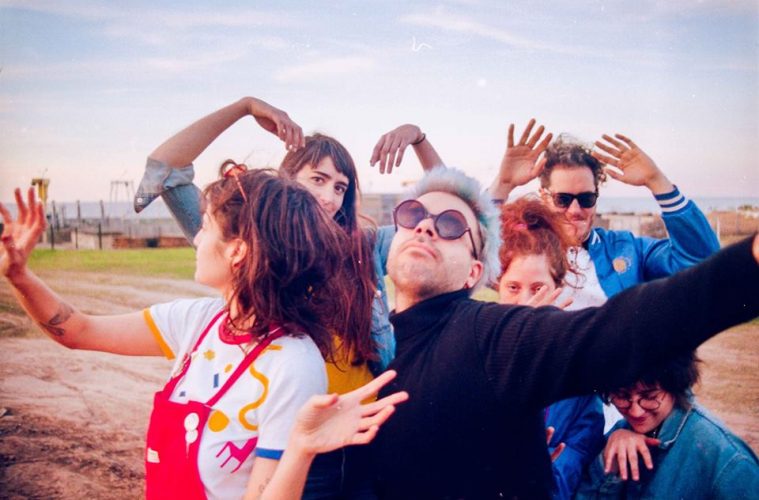 So, my parents have been here visiting (from the US) for almost the whole month of March. I suppose that, for anyone, the first time your parents visit you as an adult away from “home,” has its oddities. But, man, it’s especially weird when you have made the choice to be part of a completely different culture and live in a completely different language, and when your parents visit you it’s like two worlds colliding, and, well, I won’t go any more into the nuances because this is not my personal blog. But, this Friday is my father’s 66th birthday, and I will be playing a show with one of my bands, and he will be there, and that will be interesting. And that particular show is just one of the many options we will lay out for you here in La Lista this week, just like we do EVERY WEEK.

Here’s what we’ve got for y’all this week (yes, I am from North Carolina; I say “y’all” unironically):

Music Under the Stars. Valdes

This edition of the ciclo Música a cielo abierto will take place on the MALBA terrace, and will feature a live performance by breakout Cordobés pop/house duo Valdes. The terrace will be pulled into a musical world that exudes dance hall vibes, a purified passion for song, and references that include R&B, soul, disco, and our very own contemporary pop made in Argentina. The music will start at 7pm sharp, and after 7:30 they will close the doors, so make sure to arrive on time. Here is a link to buy tickets online.

Otras Formas is a ciclo where visual arts, music, and performance get mixed up in three original acts. The ciclo puts a focus contemporary visual and performances artists who also make music, and create a live dialogue between disciplines. Each edition will feature two artists with musical projects + a unique performance aspect, and a DJ set by an invited artists who will be the musical host of the dance floor before, after, and between sets. This week you can experience: musician, painter, performer, and visual artist Eva Shin, who makes video art and produces experimental electronic music, including an album with her trip-folk solo project AMHO, and many collaborations with other projects. Juan Becú was the recipient of a national cultural grant in 2004, and in the years between then and now has had his visual art featured in galleries all over the country. In addition to his career as a visual artist, he has produced multiple albums, most recently Bq, his first solo album. El pastiche is the alter ego of Juan Sorrentino, who creates works and installations that explore the concept of sonic/visual language within the poetic context of collective imagination. He has won multiple awards for his work, participated in numerous exhibitions all over the country and world, and his works are featured in museums and private collections. El Pastiche is just one of his musical projects, a hybrid that arose from the deliberate cross-breeding of genres to form a danceable mash-up/collage.

Broke? Catch a free show this Thursday in Villa Ortuzar at Otra Historia Club Cultural. You can hear garage-rockers Deportivo Aleman, recently featured in Pagina12 as the “band of forty-somethings bringing excitement to the Buenos Aires underground,” and Los Bilis, a Lanús-based pop-punk band.

GULI, the project led by Agustín Bucich, presents YATE, their third full-length album, that together with Hanganga (2016) and Waiata (2017) represent the closing of a sonic and conceptual trilogy. This performance will involve a full band that will play the new album in its entirety, along with some other hits. The new album is inspired by the pop and soft rock of the late 70s/early 80s (think ELO, Fleetwood Mac, Prince, Bee Gees). The name YATE, on the one hand, makes reference to the subgenre and cult series “Yatch Rock” (think Michael McDonald, Steely Dan, Christopher Cross, Barry White) and on the other hand, seeks to satirize the concept of “success,” one which generates such obsession that its even existence becomes almost ridiculous. Internet rock group Tobny Houston has been invited to open the show. You can click here to buy tickets online.

This Friday, Salón Pueyrredón presents: new wave trio The Puñeters, alongside psychedelic folk group Pasco & los Lobos, and Growlers-inspired surf rock band Playa Sintética. The event will also feature a fourth performance by a SURPRISE band, so if you like SURPRISES, this is the show for you. In between sets, Selector Lucho will be spinning vinyls on the dance floor.

Spasti-what?! A flaming-hot convergence of flavors, this new ciclo seeks to create an interdisciplinary space that puts down prejudice and lifts up asymmetry, to achieve the most hazardous balance that can exist at the conjunction of visual and sonic art. We are young, experimenting, and anxious to build a multi-faceted scene that counters the polarized, the partial, and the binary, and creates a unique space of artistic effervescence through music, dance, poetry, visual art, and performance. We’re kicking off the year on this 29th of March at Tabaco Pub. DJ Hielo (ironically) will be warming up the dance floor before performances by math rockers Chubacore and ¡Shorts! (I sing in this band, we are cool!), and math rock/neo-soul combo TCOF.

Pomelo Rosado is coming back on the scene, supercharged, for this event on Friday, their first show of 2019, with their friends Ciclos. Pomelo Rosado is a funk group, a la Vulfpeck (in fact, they’ve been known to play a Vulfpeck cover or two). I went to see them once last year and I felt like I was back in Asheville, NC, where funk and jam bands are the staples of the music scene. I danced a lot, and it was cool.

Festival Oculta is back for a fourth edition, with live music, DJ sets, lots of art, and even live tattoo-ing! The live music will consist of performances by Contenti, Minicomponente, Telefonema, and BUNGALOVV,  DJ sets will be provided by G05P3L and SCXLAG, and Jazmin of Sherutatus will be sticking and poking all night long. You can get advance tickets online by clicking here.

Frescura, bastion of the underground indie scene, is cooking up some almost paranormal editions, with strange mixtures of tradition and experimentation. All kinds of sounds will be happening, along with poetry, tied together through the emcee-ing of host and organizer Aguerrido. This ninety-second edition of the ciclo will feature first time freshers Sucio Rosa, MAE música, and Victoria Real; sophomores Los Aullidos; and veteran frescurian Ala Moro.

This Saturday at Roseti you can catch instrumental alternative rock band Hijos Amigos, celebrating the year anniversary of the release of their self-titled album, along with hardcore punk band El Ruido en el Bosque.

Muestrans – Ciclo de Arte Trans is a ciclo made for and by independent and trans artists. When the art exhibition comes to a close for the night, DJs Camo, Emma Harumi, and Dafne Muschnik will get the party started, and the band Nancy Duplaá y los Eufóricos del Género will share music with a message that is very close to their heart.

Caotica will present their debut album this Monday (remember Tuesday is a holiday so Monday is basically Friday) at their first live show with veteran punk rock trio Mujercitas Terror at the legendary, mythical, Roxy Live. After the concert, DJ Gabo Rossi will be spinning hits till the sun comes up. You can get tickets online at this link.