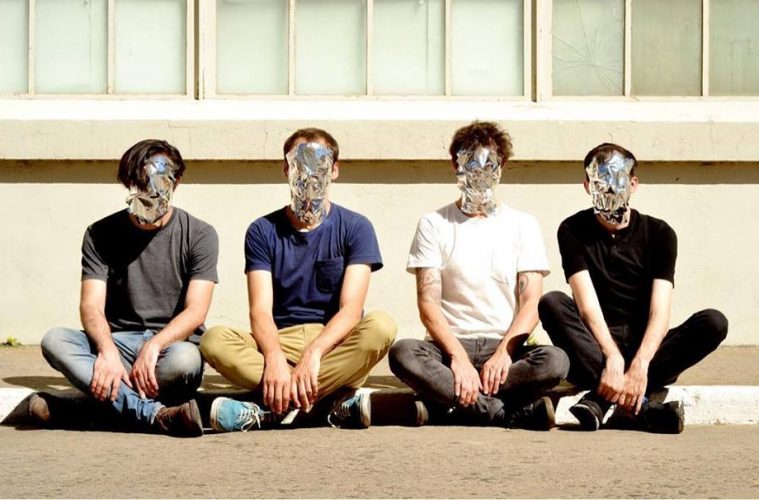 It’s hard to keep track of the ever changing musical landscape, and it’s especially hard to keep track of all the brand new releases the world throws at you every month, vying for your attention like an army of needy lovers. This is why here at La La Lista we have decided to take a look at each month’s new releases from the local music scene and highlight some of our personal favorites, pointing out individual tracks that captured our imaginations and laying them all out for your convenience.

Being our first month, we’re actually going a bit further back than just the last month, but from here on out it’s on a strict month-to-month basis. And hey, if you’re a musician and you have a new release you’d like us to check out, feel free to contact us! Send us an e-mail at team@lalalista.com.

The first full track off of their latest album, Billetes Falsos, is Amor Elefante in top form – with the delicate harmonies underscoring a strange sense of spectral dread, propelled forward with optimistic choruses and a kalimba-esque, percussive synth. We were big fans of their last album, Oriente, and we’re happy to announce that this single is not an outlier – the whole album is worth a listen.

Agustín Bucich’s project Guli has taken shape over the course of the last few years, carving out its artistic identity throughout the one-two punch of his debut release Hanganga and its followup Waiata. YATE, his latest piece of work, features Bucich and company at their poppiest and most limber, with funky sounds that sound as futuristic as they harken back to the neon-hued past. “Cintas Con Vos”, the album’s second single, is a fantastic example of this groovy approach, and we dare say it does slap hard.

Fonso’s “Anmeldung”, from his most recent album by the same name, is a song that talks about feeling like you’re wasting time, waiting for time, or just waiting for something. It also deals with the struggle of being far away from home and missing your hometown (in Fonso’s case, Buenos Aires). This song really hit us in the feels, because of its lyrics, the rough sound of the guitar, its slow, groovy bass line, and Fonso’s deep, rumbling voice. We’re also super into the fact that this was recorded live in Germany. Make sure to give “Anmeldung” a listen.

“Souvenir,” is the latest release from Automail, a three person project that consists of guitarist/vocalist Rosalba Menna, Franco Calluso on synth, with beats by Chico Rico. Known for their synthy pop songs and led by Rosalba Menna (a prominent member of the independent theatre scene) this group is always exciting to watch live. With their latest single we’re more than ready for their label Pista Loleatta to release an album. WIth its clapping beat, vocal command, and a number of drop-like moments you can’t help but want to dance along.

Harmony is the name of the game when it comes to this highlight from Lara Pedrosa’s latest album, released March 9th.  Warm and swoony from the gentle strums of the intro guitars through the doubled vocals in the first verse, the song is a dense and chewy treat for the ears for the entirety of its near 4-minute run. The lyrics are plaintive and sweet, hinting at a doomed romance that perhaps never was really much of anything to begin with – but you can’t help feeling crushed by her disappointment.

In times of Macrisis, money is tight. And if affection is a currency – which we can reasonably argue that it is – well, it’s even tighter. “Ajuste del Afecto” (affection adjustment) is the first track on Penny Peligro’s EP Amor en Tiempos de Macrisis (love in the time of Macrisis), released, appropriately, on February 14th. “Ajuste del Afecto” clocks in at just over one minute, and features a single vocal line sung over a steady rhythm plucked solemnly around a pedal note on the guitar. The title refers to the ajustes (adjustments) that occur in an economy where inflation is constantly on the rise – the tightening of budgets, the raising of interest rates, taxes, etc. – in order to keep accounting in line with the rate of inflation. I won’t insult your intelligence by explaining the analogy any further. Penny’s deceptively simplistic lyrics always manage to get at the heavy heart of the matter while seeming so light, as though they are barely scraping the surface, and this song is no exception.

Starting with just a reverb-laden string ensemble reminiscent of circa-World Of Echo Arthur Russell and skeletal percussion, this new version of Bronce’s ‘Para Siempre’ gives the original a breath of fresh air, adding lush ambient textures and string arrangements to achieve an otherworldly drone-y feel. ‘Me gusta que te muevas lento’, sings Roby Aleandri, and we couldn’t agree more – this slower, bucolic pace not only fits the song better but it makes it transcend into something way bigger than an indie rock song.

We wrap up our list of recommendations with this beautiful little number by Catalina Vin, a lovely little piano ballad from her new album Amateur. A melancholy number built over a circular piano line that provides the base for its lovely and confessional lyrics to elegantly unfurl onto the listener, switching between modes before stuttering and stopping like an unwelcome thought. A deceptively complex little song with a remarkable amount of emotional breadth for its brief run-time and simple structure.