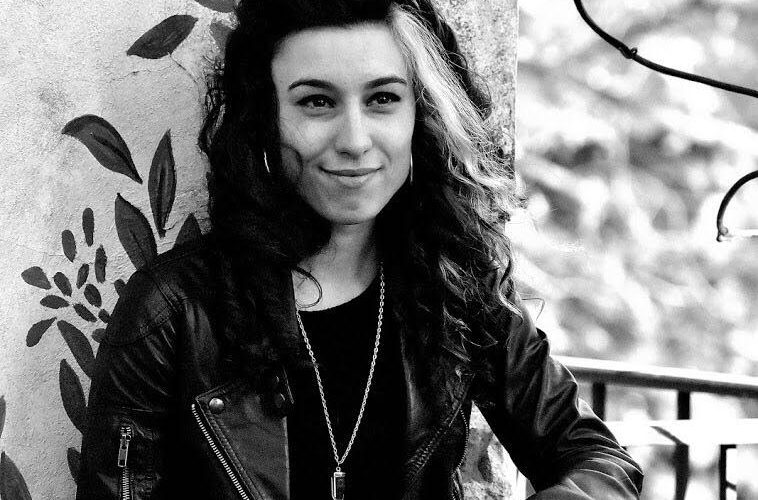 Interview | Hustling for the Love of Lit with Leer Argentinos

When I first met Flor Savarino, she had a bright silver streak in her hair. As I got to know her — academic, gutsy, alert — I realized that if life were a novel, the silver streak would be her metaphor.

Flor is one of a six-person team called MUTA, a cross-disciplinary, multinational collective born in a cultural house in Buenos Aires. She and I first met at the house, just days before its anticipated demolition. We didn’t see each other again until the first meeting for MUTA’s next iteration, which we envisioned would involve placemaking projects throughout Latin America.

And now, five months later, we find ourselves in Toctiuco: an underserved neighborhood just five minutes from downtown Quito, Ecuador. Toctiuco is snug in the mountainside, surrounded by lush forest, overlooking the gray and green capital city. Though rich in nature and community, Toctiuco lacks essential municipal services, which shows in its public spaces. Flor was one of the first on the team to arrive, and she worked alongside the neighbors to identify specific needs for parks, plazas and safe places for kids to play.

While working on this project, Flor also makes time to manage Leer Argentinos: an Instagram account that has reviewed different Argentine books for the past year, and has since transformed into what Flor calls a “literary community” of thousands. Before leaving for the MUTA tour, she began hosting literature workshops and gatherings in Buenos Aires. In many ways, the virtual reality of Leer Argentinos has transcended to the real world. But there’s still plenty of fun to be had online.

She and I sat down together to talk about her Instagram account and the MUTA tour, as well as how both are woven together by a love of literature — her own silver streak of inspiration.

Tell me more about Leer Argentinos.

It’s essentially a channel for communication. In the posts we review Argentine books, and in Instagram Stories we do surveys, we offer prompts, we share things. What I think we’ve accomplished is utilizing a platform like Instagram — a platform that can be used in a way that’s superficial, but one that can also be used to create ties. The account’s followers know each other now from the gatherings we’ve had. That’s the incredible part — that they participate.

On Fridays we discuss poetry. Sometimes, when we’re a bit burned out, we put out prompts for poetry. There was one that was incredible. We shared a poem by Oliverio Girondo, and the responses had to be hate poems, only three verses. People wrote things like, “May your WiFi go out every day.” Even better, a teacher who follows the account contacted us and said, “I copied your prompt from Poetry Friday,” and she sent us photos of the poems that her students had written. She told her students where she got the prompt, and some of them started following the account. So when we told this story on Instagram, sharing what the teacher had sent to us, we got this message, “That’s my poem!”

What do you think draws people in so much?

The account is just really fun. We do surveys every Monday, and they’re sometimes about literature, but often it’s much more random. This is the important part: We’re trying to make literature less sacred. It doesn’t need to be something solemn, rather something to enjoy. This is the tone of Instagram, and the incredible thing is that it wasn’t premeditated. Leer Argentinos is us; we share a lot about our lives.

Last year, I bought a house and Cecilia [Di Tirro, the account’s co-manager] was fixing up hers, and neither of us had any energy left, and so finally we sent out a picture of us hard at work on our houses and said, “Today is Poetry Friday. Send us a prompt.” I think that generated something close-knit. It’s a channel of give and take.

It’s grown a ton over the past year. How did you come to start the page?

I graduated in March 2014 with a degree in classic literature — nada que ver. At the time, I felt this necessity to read everything that’s been written in recent years. I started to read, read, read, and then share recommendations with friends. I realized I wanted to share my analyses. And I told myself, “Ya fue, I’ll start an Instagram account about literature.” Because I was reading a lot of Argentine literature, I thought it should be about that.

After about a month of doing this project alone, I asked Ceci to join. She’s a radio producer, and I think with that we complement each other well. We get tied up sometimes because this isn’t our job — we do this for pleasure. And we only review books that we’ve enjoyed; we’re not writing negative critiques. If there’s a book we didn’t like, we won’t share it. This approach circulates a lot of good vibes.

Speaking of recommendations, do you have any authors you’d suggest checking out?

Samanta Schweblin, an Argentine author who has published three collections of short stories and two novels. To me, she’s the best. Beyond the awards and fame that she’s earned, she’s an excellent writer. Her work is sinister. Her second novel, “Kentukis,” came out late last year and we reviewed it. And — get this — she thanked us for the review. Boluda, I called my mom. I couldn’t believe it; I’m such a fan. She’s excellent. Her writing makes you uncomfortable.

The next is Silvina Ocampo, who’s an absolute character in literature, super interesting. She’s one of the best storytellers in Argentine literature. She works a lot with sinister themes also, and she plants this idea that childhood isn’t naive; childhood too can be sinister.

The third would be Aurora Venturini, an Argentine writer who won an award with Página/12 in 2007 with her novelaza “Las primas” — one of my favorite novels. She’d had a couple of books published, but nobody knew her here. When she was set to receive her award, up came this woman of 80-something years, and nobody could believe it was her who’d written this novel. It works a lot with language. Fantastic. Aurora Venturini is a great writer.

Your bookshelves are many miles away now that you’re reviewing from the road and traveling with MUTA. Could you talk a bit about what MUTA is to you?

MUTA was born as a cultural house that was going to be demolished. Mati [Lastra] and Sasha [Reisin] lived there for a year and half, and they experimented with the idea that our living spaces are ephemeral — that at some point, they will all be destroyed.

And so from all that, it occurred to the guys to take this experience to different countries. Not the experience of living in a house that’s going to be demolished, but the experience of executing artistic interventions, giving workshops, playing with the concept of placemaking. And from there we formed a team that’s now traveling. So what’s MUTA all about? It continues mutating.

There’s a piece of the project that’s really important: All of the interventions are based on the needs of the space and not on the idea of doing whatever we want. All of the interventions in Toctiuco emerged from a collective mapping that took place over a month — we walked through the neighborhood with adults and children, and hosted workshops, all to gather the neighbors’ perceptions about their home.

And in my case, from all of this information, all of these words, I wrote a poem that we’re going to write on a staircase. In reality, they’re the words of the neighborhood. And I think this is part of what we do: listen, take the material, and transform it into art — but always from what’s there in the space.

What would you tell someone who wants to start a project like Leer Argentinos, or join a collective like MUTA?

In both cases, I would advise to take up space. To send yourself.

My education taught me how to work as an individual and an academic. It’s very much about sitting down, reading, investigating. So taking literature and bringing it to Instagram, or giving a workshop, or bringing literature to the street, I think it has to do with exploring. Exploring your own profession, and above all, connecting yourself with your most primordial desires for why you chose this path. Sometimes you go to college and get put in a little box. I’m a fanatic for university education, but I think it’s sometimes necessary to take your education and continue to construct it yourself.

So play. Explore. And if what you’re doing isn’t making you happy, look for a way back — because there’s always a way back. Don’t be afraid to reinvent yourself.