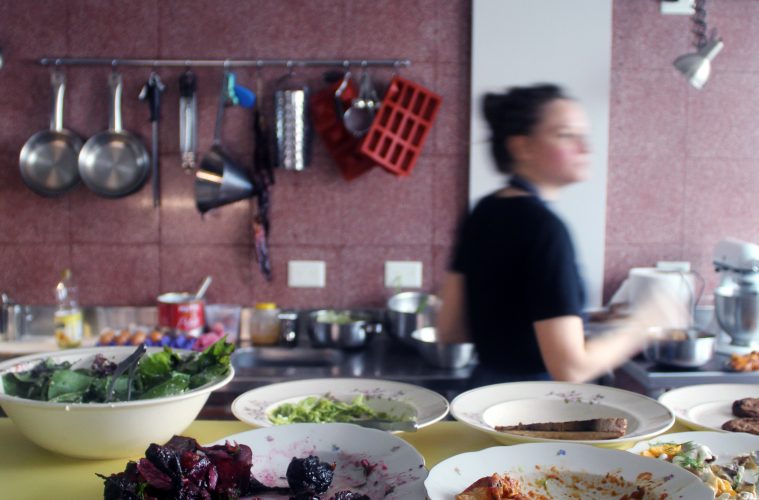 INTERNATIONAL WOMEN’S MONTH | A LETTER FROM OUR FOOD WRITER

When our editor Evy asked me come on as one of the founding members here at La La Lista as the lead food contributor, I was excited by a clause in the agreement. This magazine was founded to lend a voice to people and spaces that aren’t always highlighted in mainstream cultural coverage. Our guiding light has always been to give a voice to marginalized communities and bring attention to the work of women, minorities and the LGBTQ community with love for small, grassroots creative projects.

My food coverage is meant to follow this philosophy. I vowed to make the coverage equally spread between projects lead by white middle and upper class men, the dominating force in the local restaurant scene, and everybody else.

And I haven’t followed up on that promise.

Just a few weeks ago as La La Lista geared up to pay tribute to women in music, food and design during the month of March, I got a message from Evy.

“Hey, we want to highlight articles with different female chefs. I’m only counting four, am I missing someone?”

This column has spanned nearly nine months and more than thirty articles, and I have only highlighted the roles of four women that either lead the kitchen or played a significant role in it.

I’m not proud of that number. That’s just a little more than ten percent, which, although I don’t have any empirical evidence to back it up is probably not too far off of the actual number of kitchens led by women in this city.

For the record, those women are Manu Donnet of the eponymously named mushroom paradise, Donnet; Mica Najmanovich, half of the cooking duo at last year’s most successful debut, Anafe; Victoria Rabinovich, who co-designs the menu at Lardo & Rosemary; and Maria Capristano, the matriarch of Peruvian bodegón RAWA.

But it hasn’t been an easy task, either. We have done a balanced job when covering less visited barrios. I take great pride in how much we have hyped up Bolivian, Korean, Chinese and Peruvian-owned businesses. We have also been amongst the first to feature brand new projects of wide-eyed young cooks navigating their first foray into the restaurant world. I have also gotten real when writing about hot, new restaurant openings and lent a more critical eye to spots getting gassed up hard across regular media and social networks. I’ve gone to bat with local restaurant owners and fellow journalists for annoying trends and poor representation.

But I haven’t done the same work for the women in the room; not as much as I could have.

And as this column climbs closer to its first anniversary, I am determined to get back on track. I’m asking fellow fatties about their favorite women-led restaurants. I’m asking male colleagues why we don’t see more women in their kitchens. At La La Lista, we are looking towards established networks of women in the restaurant world to collaborate with. I’m pitching stories outside of La La that highlight the work of women chefs.

I promise we are going to do this right.

Keep cooking. We’re looking for you.