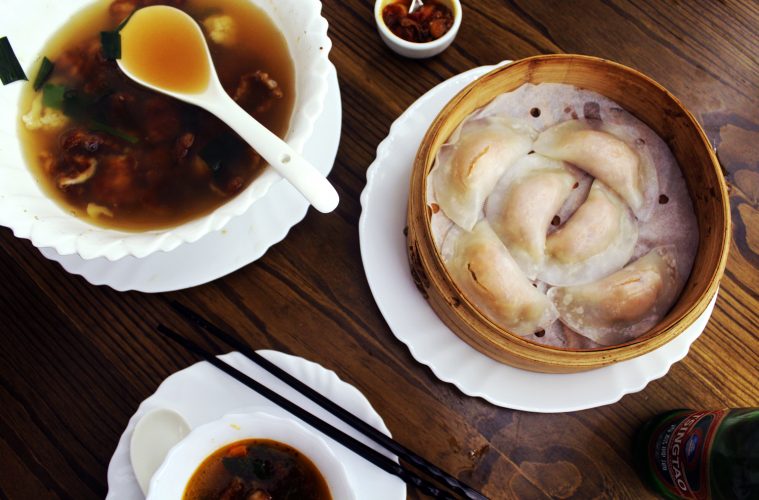 There are more than 120,000 Chinese immigrants who have settled in Buenos Aires over the last decade. And I have to ask myself, where the hell are they eating? Chinese owned restaurants are spread all around the city but few actually play with the complex diversity of the country’s regional cuisines. Are they really content with chow-mein and sweet and sour chicken? Or are there more hidden food dens ala Caracol de Amor than any of us could possibly imagine?

Barrio Chino is little help, either. Congested Calle Arribeños is a caricature of itself. Monotonous menus of tempura-fried meats and shiny spring rolls all made by the same factory dominate the street stalls. The sit down restaurants don’t fare much better. But dip into the couple of side streets and the neighborhood begins to change shape. Here are three spots to begin exploring:

I haven’t brought myself to order anything but the stir-fried eggplant at Li Chiangming, a sunny joint on the overlooked passageway that borders the train tracks. While the whole roasted fish and cloudy noodle soups are tempting, the garlic laced sautéed eggplants pull me in every time. It is a dish I connect mostly to Shanghai-style cuisine with its no nonsense dark soy sauce and ginger broth. And besides the soupier Szechuan version at the palatial Once restaurant Caracol de Amor, it is a rare dish to find on even the most traditionalist of menus. Whereas the chile heavy broth at Amor is an exercise in spice tolerance, this version is a tame rendering with a starchy broth that coats the tongue and a hint of peppers that chills in the background and mops up well with balls of freshly steamed white rice.

Although it’s hardly difficult to find artery busting dishes across the neighborhood, fried chicken sandwiches aren’t what immediately come to mind. And Belike Time, an unassuming fast food joint dressed in lime green and your aunt’s swap meet chic decorating eye doesn’t exactly invite you in. But the brine and fry recipe that puffs outward like delicate snowflakes and creates a glass shattering snappy crust is worth adding to your neighborhood roster. The made-to-order sandwich is delicately juicy with a spicy brine that grows and tempers in an infinite loop. It’s so formidable that you quickly forget that the bread is store-bought and the skinny fries pre-frozen.

All the Soup at Hong Sichuan Family-Style Dishes

Even in the heat of summer, everyone in this skinny dining room is hunched over Goliath sized bowls of soup. The relatively new restaurant has an expansive menu of Sichuan style dishes with major nods to seafood. While I’ll be going back for the steamed crab, don’t discount the noodle soups as autumn quickly approaches. We tried a spicy white fish soup layered with whole peppercorns and rehydrated Sichuan peppers that bordered on the delightfully torturous. Pay little attention to indifferent service, it’s part of the charm.