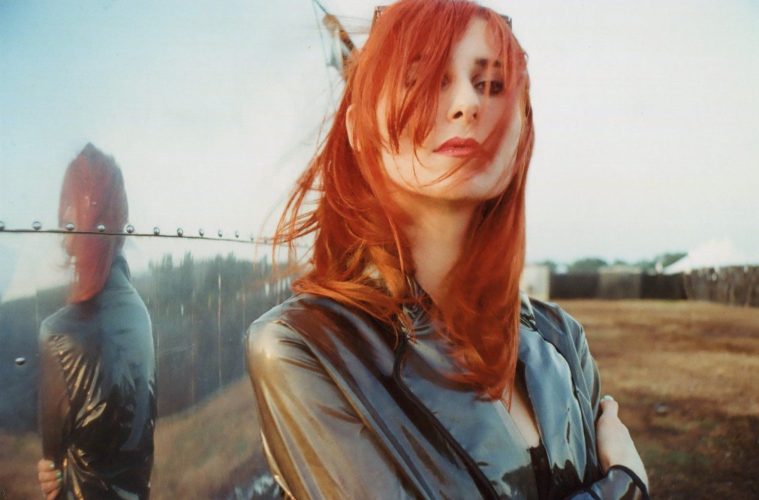 Tamaryn, playing in Buenos Aires for the first time ever this Saturday

So, it’s March 13th, which means it’s basically April already, which means we are basically halfway through the year, so, basically, happy 2020! I don’t have any advice to offer you on how to deal with the ever-quickening passage of time, but I can tell you about LIVE MUSIC happening this week in Buenos Aires!

Here’s our lineup for the week:

This Wednesday at Niceto: Ayax y Prok, a duo of artists who have been writing rap for over a decade. Conscious rap that makes songs out of grievances, makes art out of revolution, never giving up on its true religion: pure, un-cut, old school rap. You can buy tickets at this link.

Blues in Motion Wednesdays at Lucille!

The Wednesday Blues cycle at Lucille continues through March. This week, the evening will begin with a performance by a five-piece crew called Honeydrippers, who will warm up the stage for Federico Verteramo & The Downbeats. The show will be held in the theater, and the entrance ticket also gets you a complimentary drink.

Ciclo 100 is a weekly music event organized by Yolanda Discos and based out of Centro Cultural Richards. Every Thursday they will be receiving two active and innovative musical projects, along with invited DJs to be in charge of the night’s playlist. This third edition of the event will feature performances by indie electro-pop artist Cítrico and synth-pop band Glass. This week’s house DJ: DJ Cajú. To get the $100 ticket price, you must send an e-mail with the list of attendees to ciclocien@gmail.com.

Ciclo Demónico – they said that nothing would stop them, and here they are, back at it again with a new edition. At this Friday’s show you can catch Juanchy Cianfagna Cingolani (solo set), Ruidas, Buenos Vampiros (visiting from Mar del Plata), and Srta. trueno negro.

Rey Hindu, a style-fusing group that “takes fun seriously,” are playing their first show of the year this Friday at La Tangente. They will be sharing the stage with Fus Delei, a group from La Plata who combine a frenetic and danceable sound, and Laika Vive, a dream punk project who will be presenting a single from their upcoming album.

This Friday night there will be an explosion of rock and roll at La Gran Jaime. Come out to dance and sing along with some staples of the local scene: Los Darwin, Mis Gatos No Te Quieren, and Feli Marafioti.

10 editions, 27 artists, 30 flyers, 200 files on a PC, hundreds of videos scattered into the ether, and many debts left to cancel – battling against the crisis, against a city that constantly exudes noise but will do anything to prohibit the sound of a musical instrument: el Ciclo Infinito. This edition will feature Diente de Madera, the folk/americana group of yanqui-argentino musician Jonah Schwartz, and solo sets by com(ex)patriot Emily And (it’s me!), and singer-songwriter Biloba, the only Argentinian in the mix. You can feel good about handing over your 150 pesos knowing that 100% of the money from ticket sales will go directly to the artists.

This festival will feature music, poetry, and art from some of the greatest transfeminist minds in the city. There will be music performances by Jazmín Esquivel (if you haven’t seen her with the current format yet, be prepared – it will blow your mind, and is a pretty different vibe than what you may have heard of her recorded music) and Penny Peligro, the next Argentinian pop sensation.

This huge event will bring together bands from at least 15 different independent record labels, to showcase what our city’s underground music industry has to offer. Represented in the lineup will be Pistilo Records, Sin Tierra Discos, Fuego Amigo Discos, Feminoise Latinoamerica, and Sólo le Pido a Dior, just to name a few. In addition to the live music, there will also be food, drinks, and LOTS of records for sale. Capacity at the event will be limited, so don’t forget to get your ticket in advance.

Suárez will take us on a trip through songs recorded in the 90s that are still listened to today by generations that never even got to see the band play live. The band is entering a new phase, with a new addition to their lineup: Gustavo Monsalvo (El mató a un policía motorizado, Sué Mon Mont, Ovvol). They are excited to see what will come of this new mutation. You can buy tickets online at this link.

Tobogán Andaluz returns to Buenos Aires! The Porteño band will be playing a extra-long set in the beautiful, brand new, Centro Cultural Richards. You can expect to hear songs from throughout their discography, including their most recent work, Fuego en las Naves, released last year under the record label Discobabydiscos. As capacity is limited, it is recommended that you arrive early for this one!

Tamaryn (NZ) for the first time in Buenos Aires!

Casa del Puente Discos, Indie Folks and DERO ARCADE present: Tamaryn, for the first time in South America. The singer-songwriter was born in New Zealand and currently lives in the US, she has released three studio albums, an EP, and various singles. Her multifaceted style combines genres such as dream pop, shoegaze, post-punk, gothic rock, synth-pop, and electronic. At this show you will be able to buy a copy of her new album Dreaming in the Dark. Click here to buy tickets online.