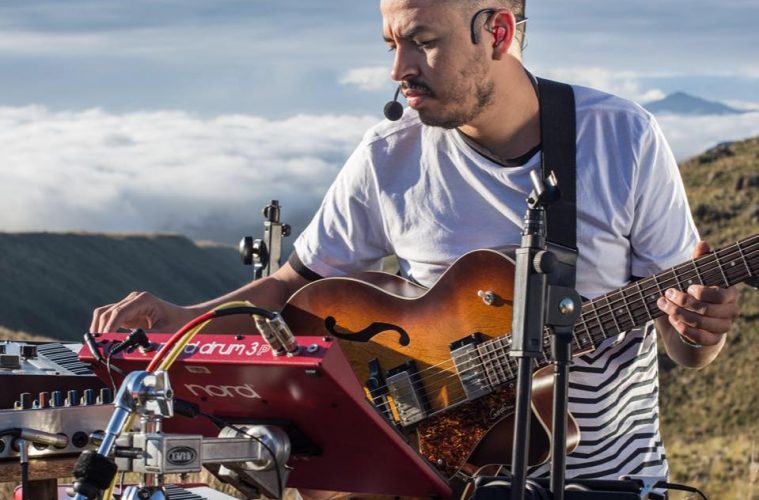 No, Folk You! | A Beginner’s Guide to Folklore

Folklore is a genre that speaks to tradition. It is a combination of ritual and renewal, of revitalizing old stories so that they can be reborn again and again. We created this short playlist of Latin American folklore artists to show you a bit of the old, with a bit of the new. Today there are so many artists playing with the the old school traditions, remixing them into new stylings and we’re going to ease you into it all. Turns out, folklore ain’t dead.

Mercedes Sosa speaks to you through her music. She revolutionized so many different distinct folklore stories from songs throughout the world using only a guitar and bombo legüero. With her versions folklore reached the people directly, revitalizing the genre. “La zafrera” talks about the difficulties of the working class in the countryside and brings light to their struggles. Her songs illustrate the landscapes of her childhood growing up in the north of Argentina.

Born in the the middle of nowhere Argentina, Manu Sija had a lot of time to play around with all different musical styles. He’s a multi-instrumental musician who mixes folklore with jazz and so many other genres to create innovative, entirely new sounds. This song’s simple composition builds into an intensely complex work. Sija is a true musician in every sense of the word. You can catch him playing both solo and with a trio (Juanjo Bravo on drums and Guido Martinez on bass).

This Chilean artist is very well known in the world of folklore. She mixes a variety of Latin American folklore rhythms. In this song she sings simply and purely with a beautiful, melodic voice. It’s one of the most famous folklore songs and a great introduction into the genre.

A musician from Tucumán, Leo Villagra creates a mix of folklore that derives as much from the Argentine tradition as it does from the Uruguayan form. His style of folklore is much jazzier than most. This song is from his first album Vidala para las estrellas. It is one of the most playful on the record. You can tell he’s really enjoying playing around with the improvisation.

The singer of Tonolec is from Formosa, a province very close to Paraguay. She has Guaraní roots and spent time within this indigenous tribe, taking inspiration from their traditional folklore music. She modernized those sounds by mixing in electronica. This song is a classic Argentine samba where the mix of new electronic sounds with the older original styles is quite evident. The revamp of an old classic breathes new life into the genre.

Born in Jujuy, Bruno Arias is a strong activist for aboriginal rights of those living in the small towns in the north of Argentina. His songs provide a voice to those communities. This song in particular, with its mixture of percussion and wind instruments, creates an atmosphere that’s colorful and bold.

Born in La Rioja, La Bruja Salguero is also from the generation of new-wave folklore artists. She appeared in the music scene from a very young age, starting out with a more traditional folklore singing style. Nowadays her music can be described more as folk-fusion. This song is a duet with Bruno Arias that expresses the joyous atmosphere of a Carnaval celebration in Jujuy.

More on the traditional side of folklore, if you listen to this and close your eyes you’ll feel this sense of liberty. With the melody it’s if your going through a valley, like a trip to the north of Argentina. Oscar Miranda currently plays all throughout Europe accompanied by the band Tropilla Ranquel.

Born in an aboriginal community colla de Finca Santiago, in Salta, Micaela Chauque plays the quena, the flute, and sikuri. At the time she started playing typically only men played those instruments. Today, she is considered one of the best, most versatile wind instrument players in all of Argentina. Even as a young child she participated in some of the most important musical projects in the genre, playing with some of the biggest names in folklore. She fuses her folklore style with rock and roll, and has played shows with bands such as the Divididos.

Ramón Ayala is a painter, poet, and musician from Misiones on the Argentine border. His created his own style called guarambao to give his province a unique and original sound of their own. This song in particular is a perfect example of how his music paints a poignant image of the landscape of his province and the realities he has lived through.