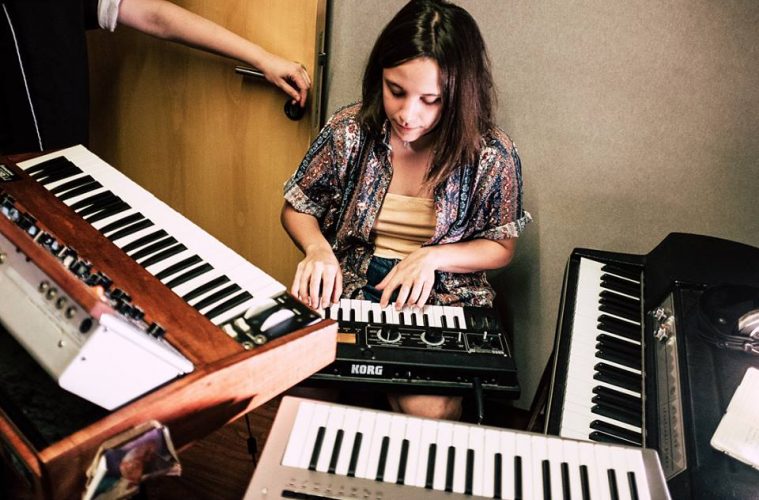 Yesterday I saw Ed Sheeran walking on the street in San Telmo. At the time, I was like, “, it can’t be,” but then today I saw that he is playing here this week. So, there’s that. He’s actually playing the same day as my EP release show, so I guess I won’t make it out to see the English carrot-musician. Darn, way to miss a perfect opportunity to end up with my ears bleeding, in a state of semi-permanent cringe, and reeking of toxic masculinity at the end of the night. (Woah, that was harsh!) (Is she trying to start a beef with Ed Sheeran?!) (#beefwithedsheeran)

ANYWAY, if you want to hear some live music that DOESN’T SUCK, we have lots of options to offer you! Here’s our lineup for this week:

Enjoy the hot heat with a cold beer at this edition of Auditorio Belgrano’s all-Summer-long free outdoor acoustic ciclo. Performing acts will include Placard, a band whose most recent album, El Disco Robado (the stolen album), was re-recorded after all of the in-progress tracks were stolen along with the entirety of the band’s studio gear and instruments, and the music community banded together to help them overcome this obstacle, recoup their losses, and make the album happen. Placard will be sharing the bill with genre-fusing group Ohdiosa, who play a jungle of styles in songs with words that matter to them, and Toponauta, a rock/canción style group hailing from Santa Fe.

New wave punk rockers The Puñeters and indie-pop rockers Amplilabial, two bands from the label BPM Discos, team up with surf-rockers Playa Sintética, who just returned home from their first international tour, and Quilmes-based rockers Los Borrascosos, to bring you a night of dance-able, mosh-able, rock and roll.

Club Cultural Matienzo, Aguerrido, and Ciclo Frescura, for the 89th time, bring us some selected pearls from Buenos Aires’ underground music scene. This edition with feature Piter Mazda and Los Políglotas, returning for their third round of Frescura; Tobny Houston, Frescur-ing for the very first time; and Melanie Williams / Melanie Williams & El Cabloide, back for round two. In addition to the music O V J / Andres Perez has prepared us a visual surprise!

This week brings another woman-heavy lineup (I use “heavy” quite lightly in this context) to Salón Pueyrredón (good looks, Salón P!). The festival will feature performances by De Incendios, Penny Peligro, and Montarosa. All these bands are awesome, and have at least two women members, and this is important. I’ll be there supporting Penny on the keyboard!

This Friday, Boedo-grown indie/kraut rock group Bestia Bebé joins forces with veteran rock group Valle de Muñecas, who have been active in the Buenos Aires scene since 2003. The two bands will be rocking out at Niceto Club, along with the invited opening band, Rosedal. You can buy tickets in advance at this link.

POMO opens its doors this Friday to a crew of artists/graphic designers who want to sell you their products – t-shirts, stickers, prints, you-name-it! And, the soundtrack for the feria will include live performances by Mis Gatos No Te Quieren, a mystery band called The Last, and a solo set from Luiggy Rodríguez.

This will be the very first time in Capital that I get to perform my original songs backed by a full band, and I’m super excited. Please, ditch the lame Ed Sheeran show and come on out! (#beefwithedsheeran) We will be playing a combo set with ¡Shorts! (a 5-piece math rock band of which I am the lead vocalist) featuring the three songs from my most recent Emily And EP, Devil’s Advocate  as well as original songs by ¡Shorts! In addition to celebrating the release of the Emily And EP, which came out on the last day of 2018, we will also be celebrating the release of a ¡Shorts! live demo, which is scheduled to hit Bandcamp tonight at exactly 8:19PM.

Tobagán Andaluz, a notable indie rock band of the Argentinian underground, gives their first concert of 2019, and it’s free! Come out to the one n’ only Centro Cultural Recoleta, where you never know what they may have in store for you – but you know it will be good, and free.