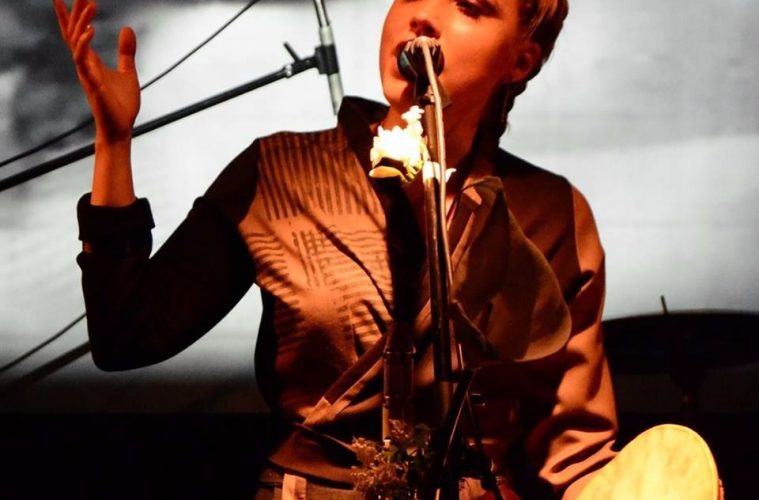 ‘Tis the season to be jolly! Will those of us from the northern hemisphere ever become accustomed to hot summer Christmas? Will the snowy decorations, the fake evergreens, and Santa sweating in his big red onesie ever make sense? The economic imperialism elves didn’t really think this one through, did they?

Well, if you’re in the market for a fiesta with a more sensible marketing strategy, look no further than this week’s La Lista. It comes bearing gifts – namely, LIVE MUSIC: The Gift that Keeps on Giving™ and Makes Sense All Year Round™.

A non-negotiable pre-requisite of summer, this event brings us cold beer and a cool breeze from the southern coast, paired with light-weight guitars, nostalgic vocals, and refreshing sounds to rustle the fabric of your beachwear.  Un planeta brings us a new, super-danceable album that will make you dance till you drop. Fonso will be offering up a healthy dose of Chill, and La otra cara de la nada will contribute some dream-pop to soothe your tired soul. All this can be yours to experience, at Espacio Untref tonight!

Manu Hattom is a young Argentine songwriter who forms part of the ranks of the rock-pop inspired canción genre. He has toured throughout Latin America and Europe and on this special occasion he will revisit each of his four albums: Benalmádena Despierta, Autopistas, 10 Formas de Transportarse por el Aire, and Soledad. He’ll be joined by the likes of Ignacio Arigós.

A an end-of-year party with good friends and great music, what more could you want? Old (auld?) acquaintances Tobogan Andaluz newer acquaintances HTML and Los Rusos  are here to help us celebrate one more trip around the sun.

This event, with a (well-deserved) tip-of-the-hat to woman musicians everywhere, brings us the incredible women of Niñas Madres, with their mix of instrumental and poetic performances that wrap us up and transport us to a place from which we can’t escape. Following the Niñas will be the power duo Metal Cobra and indie-pop extraordinaires De Incendios.

Minima Discos bids farewell to the year in the best way one can – with music! There will be bands and soloists from their roster, plus various extracurricular activities and projects invited by the record label, everything rooted in independence and originality. Invited to the stage are: Mauro Valenti and his band, PALMER y los Extranjeros, Los Sagan, and acoustic acts Le Perdant and Manoelectrico. There will also be art exhibitions and local merchandise for sale, featuring Lightmaniac, Romina Zeta, Sofía Lozano Macedo, Byron Hasky, Doble Dragón, Rock and Films – Remeras and of course Minima Discos  with their entire collection of CDs, casettes, and vinyls!

(*I did not write this about myself, but crowd-sourced the event description.) An interdisciplinary event that unites music, theatre, and poetry, all brought together by the fantastic vintage clothing store Alma Zen located in Abasto. There will be an acoustic performance by Emily And, the daring singer-songwriter who makes us experience vicariously her encounters and dis-encounters, romantic and otherwise, in a way that is both light-hearted and intensely emotional. At this show she will be promoting her upcoming EP, presenting some new material, and revisiting some of the hits. Operación Delfina will delight us with an original piece of theatre, there will be readings by poets Natalia Nicole, Candelaria Spicogna, Candida De Biaggi y Marfa Nekrasova (who continues presenting her new book: Culozón Roto: Poemas eróticos escritos por una rusa).

The seventh edition of Ciclo Infinito offers us: Celeste Y Las Mil Jarillas. Who said that folklore is stuck in the past? This group features Patagonian roots combined with synthesizers in a rock and roll format, with the vocal power of Celeste, gives new breath to that music so close to the earth and so far-away in time. Deportivo Alemán is a post-punk/kraut rock band that formed in 2015 in Buenos Aires, and released their debut album Lo mejor del mundo at Estudio El Taller, under the direction of Nicolás Nas. Last but not least we have Ignacio Herbojo, singer-songwriter, pianist, and producer, whose music brings a unique sophistication to the genre of synth-pop.

Pyramides brings us the dark and intense side of dream-pop, presenting us with new sounds to shift us into a new epoch, as well as material from their most recent release, Futuro Ausencia, in their final show of 2018.