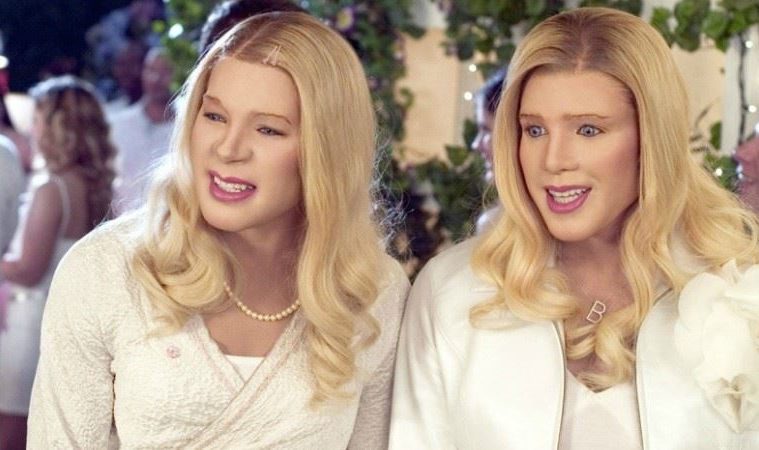 There was a week last June when a peculiar phenomenon happened. All of us white people were on the same vibe and it was evident to anyone that reads lifestyle magazines, weekend newspaper sections or has walked down Thames in the only stretch that matters, ie Av. Santa Fe to Córdoba.

If you didn’t hear the news, listen to me: Asian food, it’s a fucking thing now, guys.

Perfil proclaimed that “the Eastern wave is the new power in the Porteños’ favorite food neighborhood.” Planeta Joy challenged readers to try five different restaurants to “discover new textures and flavors.” La Nación released two articles in the same week, one simply proclaimed that there was a “boom in Asian food,” while the other recommended the spots leading the pack. In the months that have followed the influencers have hopped onto the trend of hyping up the newfound discovery of Asian cuisines.

I am not Asian, so I can only guess how language like this read from my angry-at-the-average-white-person-white-dude perspective. Sure, it could prove potential for good business in the long run; a sort of indirect marketing that small mom and pop joints could never afford. More mainstream awareness of ‘Asian’ food hopefully translates to more support of Asian owned restaurants in Asian communities, right? Except that, in the four articles mentioned, only a handful of recommendations fell south of Palermo. Almost everyone interviewed was Asian despite the vast majority of restaurants being owned by white people. And only one actually recognized that these cuisines already existed here in Buenos Aires just in different neighborhoods.

So what’s the message? ‘Asian’ food, the one-term-fits-all denomination, is now okay because it is becoming more visible in white-dominated neighborhoods. It’s fancier, it’s mostly toned down, it might come with french fries and it’s conveniently located next to the monoambiente your parents bought for you.

But there is nothing ‘new’ about these flavors and textures—it’s just that now you don’t have to travel to the less hip neighborhoods on the other side of the Cid Campeador. It’s not new for the minority communities, many with first and second generation Argentines that are as porteño as a suprema maryland, who have eaten these dishes all their lives. Proclaiming them as new at best is as eye-roll worthy as a tourist calling Buenos Aires cheap and at worst is the same exclusionary shit our non-white counterparts deal with all the time. Acting as if Palermo is the stamp of excellence is inherently dismissive: it erases entire neighborhoods from their own narrative and in the case of Korean and Japanese Porteños, blows past six decades of history in this city.

The first Japanese sushi restaurant opened in La Plata in 1972. There was Japanese food before and after in San Cristobal, Montserrat, Balvanera, Belgrano and Nuñez. The same timeline can be assumed of the Korean community in Buenos Aires, who began arriving in the 1960s and proclaimed Bajo Flores as the city’s Korean neighborhood in the early 1970s. By 2010, there were more than 100 Korean restaurants in the city. Walk around Bajo Flores and Floresta and you’ll find that new restaurants from first generation cooks have been popping up for at least the last four years. The Chinese are amongst the fastest growing immigrant communities across the country. The number of Chinese immigrants quintupled between 2005 and 2012. Chinese restaurants, of the three most important East Asian communities, are the hardest to find—if you are looking for the real stuff, at least, but they exist.

How do you find them? Do what porteños do best—talk. Ask a hundred questions. Engage people in conversation. Talk to someone from the community. Express interest in their culture.

Using words like ‘boom’ or ‘trendy’ implies newness. The sudden appearance of cervecerias: that’s a ‘boom.’ We went from one Antares to more than two hundred pubs in six years. Hamburgueserias. Also an acceptable ‘boom.’ Before Burger Joint opened back in 2012 there was not one single restaurant dedicated solely to hamburgers. Both phenomenons are found all across the city. Or take something like molecular cuisine. That is literally a new invented thing that very suddenly took over and irrevocably changed food forever. Tons of restaurants suddenly making hand-made unusually flavored chorizos, that’d be a trend. Porteño restaurants suddenly making their own empanada dough from scratch again, a trend. Yerba mate being incorporated into cocktails, soft drinks and beer, yes everyone, trend.

Kimchi. Not a trend.

Hot pot. Not a trend.

Ramen. Not a trend.

We are just taking foods that already existed here and moving them twenty or thirty blocks north. And it is because we want those foods, but we don’t necessarily want the communities that own them. We love bao but we call grocery stores ‘chinos’; that’s an ethnicity, not a place to buy shitty wine for your asado. We love kimchi in white restaurants but Koreans are still being verbally assaulted in our whack ass white establishments by the people they are paying to serve them (I’m talking to you, Kansas). To a friend that opened a Korean-based restaurant in Flores white patrons suggested that some ‘fish tanks and bamboo sticks’ would make it feel more Asian.

Let’s just tell the full story rather than straight up co-opting someone else’s tradition and mutating it into a disposable trend.

Let’s not only support the use of gochujang on top of a choripan but go to the source and support the local communities and economies that make that diversity of flavor possible. Let’s suspend our whiteness for two seconds and try to integrate the communities whose cultures we have such boners for ‘a la hora de comer’ into all the horas.

Just like, I don’t know, go to Bajo Flores, let some old Korean dude make your barbecue while you sip on a cold soju, and try a little harder, gordi.