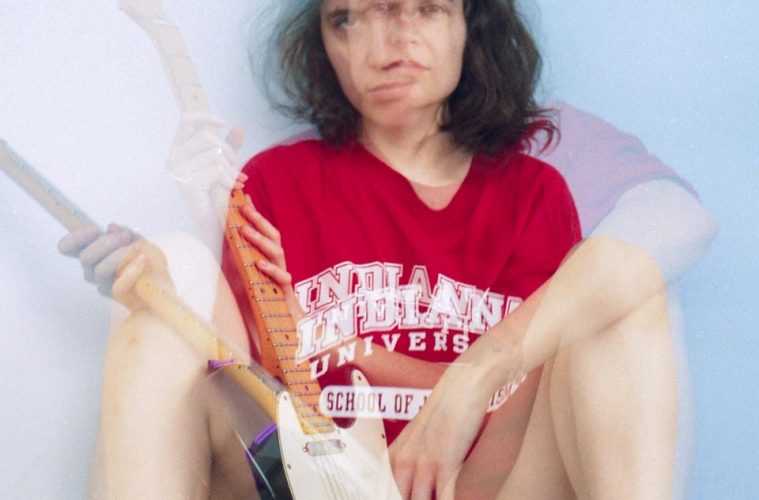 So, the G20 and all “G420” spin-off events (talk about people in high places!) have come to a close. Public transportation is up-and-running again, the regularly-scheduled programming of war crimes and globalized exploitation has resumed, and it’s looking like I can count on, eh, at least a couple more weeks of friendly, delicately-balanced cobotization before the algorithm fully takes over and starts writing this column for me!

This is where I wish I could tell you “but, don’t worry, robots will never be able to play LIVE MUSIC!” But alas, it would be a lie. I know of at least one actual rock band whose members are robots who play real instruments, live. Here, here’s a link; yep, they even have their own website. Sigh.

In the mean time, hold on tight to your acoustic guitars, smash that “going” button on Facebook, and get your analog ass out there to catch the last wave of bonafide human-executed LIVE MUSIC before we get sucked full-throttle into the 4.0 revolution. Here’s our can’t-miss lineup for this week – so good that your robot grandchildren will be bleep-ing and blorp-ing about it in 2050!

The final month of the year has arrived, and we must take advantage of this opportunity to sow the seeds of art, so as to have an ample cultural harvest in the coming year. Peruvian poets and organizers of the event, Zezé Fassmor and Roger Hoyos will be performing improvised poetry accompanied by the Peruvian cajón, and the meeting of Andean folklore tradition with new technology and electronics (I told you, robots are coming for us!) will be witnessed in the musical performances of Mariela Cusa and Desierto y Agua.

Here I am all caught up worrying about robots, that I didn’t even stop to think about the possibility of aliens!! They’ll be parking their flying saucer at Aliens Garage, the portal they’ll be opening up at Salón Pueyrredón this Thursday. This visitation will feature live performances by rock n rollers Excursionistas, emo shoegazers Elhombreanormal, indie-pop/punk group Ragazzas, explosive rockers LUNES, post rockers Japön Noise (it’s pronounced “happen”) and LAS VIN UP, a  trio of punk-rockers named Romina, Romina, and Romyna. After the rock show, Bárbara Aguirre, Gualicho Turbio, Mariano Casabella will be spinning 100% vinyls all night.

Julio y Agosto‘s year of ghosts is finally coming to an end. The third installation of their chapter-album La Ceremonia, is just a few short days from being released. In honor of this occasion, and the end of the year, they have organized a double-fecha at El Bar Kowalski. If you can’t make it this Thursday, they’ll be doing the whole thing again, same place, same time, next Thursday, the 13th. There will be several acoustic performances, and for this first iteration of the event, Julio y Agosto have invited the pop/folk duo Avepez to play a set.

Come wade in the pool of livers and enjoy a night of adorable post-apocalyptic indie music from verified indie cuties. Rayos de la Niñez, who describe their genre as “indie uwu” (I told you it was gonna be adorable), released their last album, Instrucciones para ser abducido, in 2015, and are finally gearing up for a new release this Summer! Brian Franka makes wholesome music for the whole family, in a style he calls “indie falopa,” with the goal of effectively depressing the next generation of indie-music-fanatics. Punk rocker quartet Sam & Sara recorded their their last EP in one day, with one microphone and a banana. You can’t miss this one!

Elefante En La Habitación invites us to send off 2018 with incredible music from extraordinary artists María Pien and Jazmín Esquivel. María Pien is giving another live performance of her most recent album, Afuera el sol estalla, which she will perform in its entirety, and backed by a full band. The album, an homage to Maria’s esteemed contemporaries in the Buenos Aires music scene, features 14 original arrangements of songs written by local artists with whom she has crossed paths over the years. Singer-songwriter Jazmín Esquivel will be presenting, in trio format, songs from her latest album Púrpura as well as some new material. This will be the last show of the year for both artists.

You know what they say about all good things. That’s right – they must come to an end. At this final edition of Haus Party, we will break the bread and drink the wine that are the flesh and blood of our underground music scene. Gente Conversando, Fervors, and Contenti will be performing live in the living room, and drinks and food will be served on the back patio. Don’t forget to arrive early!

I’ve been listening to this EP (above) by Los Subtítulos a lot ever since I saw them play at Mi Casa two weeks ago. Something about the way the music seems to exist in constant liaison between a dark and gloomy place void of good feelings, and a sunnier place where hope still lingers, is very appealing to me. This Saturday you can catch them at Roseti, along with Los Días, whose music creates the perfect musical atmosphere for existential dilemmas, introspection, and confessional manifestos.

LS CMPDNC SCNC is the secret codename of Luis Campodonico Secuencia (you see what he did there? he took all the vowels right the heck on out of his name!). At this special event, the guitarist and composer, who hails from the south of Argentina, will be presenting his most recent and most in-depth solo project yet. He has been presenting this work in various formats throughout the year, leading up to this, its official presentation, in which the work will be interpreted in its totality, accompanied by the original formation as featured on the album. The circular format of the performance gives the listener the possibility to move about and explore the different sonic mixes that can be experienced at different locations within the circle. This allows each listener to have a very personalized and unique listening experience. Here is a link to buy tickets.

To celebrate the close of their first year of playing shows, and at the same time give a warm welcome to the new release, Marton Marton (Martín Villulla) will present his new single, Brasil y Santiago del Estero, at the lovely NUN Teatro-Bar in Villa Crespo. For this presentation he will be accompanied by  Mauro Fernandez Arizzi on drums and sampling, Gato Gaso on vocals, bass, and synth, and Juan José Bordenave on vocals and guitar. The opening act will be the talented Juanchy Manchy (of LOS REYES DEL FALSETE and La Banda de la Tormenta), whose songs will soften our hearts.  Here is a link to buy tickets.