Off the Marquee | Film Picks for December 2018

Typing the word “December” into the above post title line was a thrill ride all of its own. I found myself rapidly and haphazardly scattering through all the stages of the Kübler-Ross model. First, refusal to believe that it was even possible that we’d arrived at the final month of the year. Then, anger at the fact that all my plans for 2018 have turned out various shades of “incomplete.” Then, a general bummed-out feeling at this realization. Eventually, I circled around to acceptance, came to the conclusion that dates are arbitrary and ultimately meaningless, and came to peace with the fact that this ultimate mixed-bag of a year is coming to an end.

I also remembered that, even though the year’s almost over, there’s still a lot of wonderful stuff to watch in cinemas this month. So let’s take a look off the marquee and see what we find. 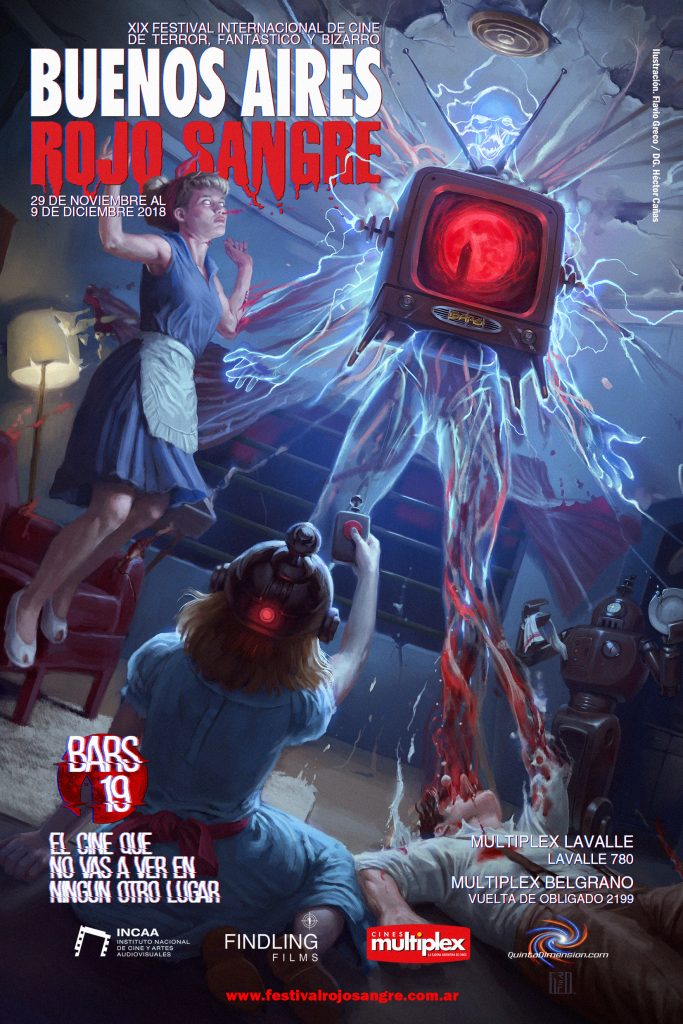 The 19th installment of the Buenos Aires Rojo Sangre film festival — a festival that’s dedicated to celebrating the macabre and the fantastical and all manner of blood-splattered weirdness— rolls into town. And for a festival that purports to be genre-specific, it actually features a pretty broad variety of films; everything from silly horror-comedies to incredibly dark, disturbing fare, as well as additional activities. Be sure to check the BARS official site for a look at their full schedule and more information.

Academy Award-winning director Alfonso Cuarón goes from the balletic grandiosity of his smash hit Gravity to a smaller, more personal piece. A period piece, ROMA follows the story of a housemaid working for a middle-class family in the midst of the political turmoil of 1970s Mexico. A quiet, contemplative piece, Cuarón refers to it as a love letter to the women in his life. Screening and showtime information

The Man Who Bought the Moon

We go from a quiet, contemplative Cuarón film to a wacky, absurdist Italian comedy. Thus is the magic of Off the Marquee. This romp by director Paolo Zucca tells the story of a man in an isolated town who claims to own the moon and the government agencies that take his claim surprisingly seriously.
Screening and showtime information

Natural Arpajou’s debut film Yo Niña is a bit of a miracle. It’s a film that centers its attention squarely on a six-year-old protagonist, and tells the story from her point of view, without coming off as saccharine, maudlin, or false. The gorgeously shot film follows Armonía, a little girl who lives off the grid with her hippie parents in the Argentine south, completely cut off from the rest of society. When they’re suddenly forced to spend time in the city and confront their families, it causes a disturbance in the family dynamic that will change them forever. A very charming, poignant story, with an incredible performance by its child star.
Screening and showtime information

A gripping thriller from France tells the story of Solange, whose oldest son Dany goes mysteriously missing. She must join forces with a jaded, world-weary, alcoholic detective to solve the mystery behind Dany’s disappearance.
Screening and showtime information

This is a heady and tragic documentary about a dark period in Argentine history; at the beginning of the 20th century, hundreds of European immigrants would disembark in Buenos Aires, and a group of procurers (or “pimps”) set up shop under the guise of a human rights organization, to deal in the trafficking of Polish women. A heartbreaking, but fascinating look at a story that isn’t as far removed from our current reality as you might think.
Screening and showtime information

Half social commentary, half magical realism, director Ivan Fund’s new film Vendrás Lluvias Suaves tells the story of a group of provincia kids who have to fend for themselves after all the adults in their community are mysteriously unable to wake from their slumber.
Screening and showtime information 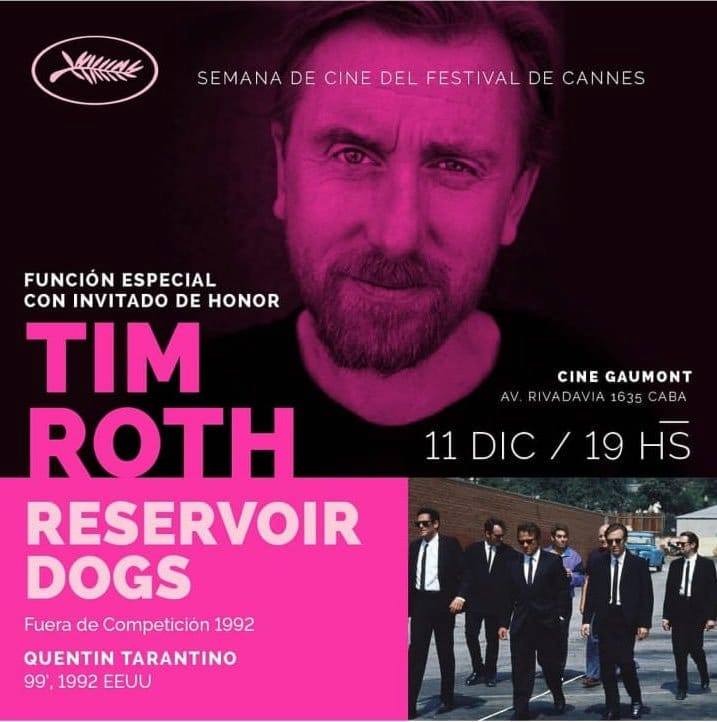 The Gaumont theater is hosting a week-long celebration of the films of the Cannes Film Festival. For a measly 30 pesos, and you’ll be able to watch a legendary film on the big screen. And on December 11th, English actor Tim Roth will be dropping in for a screening of Quentin Tarantino’s seminal Reservoir Dogs.
More information

Meanwhile, MALBA is hosting a festival dedicated to Portuguese cinema, running from Thursday Dec. 6th to Sunday Dec. 9th, and featuring films by directors such as João Pedro Rodrigues, João Viana, and a couple other directors not named João.
Screening and showtime information