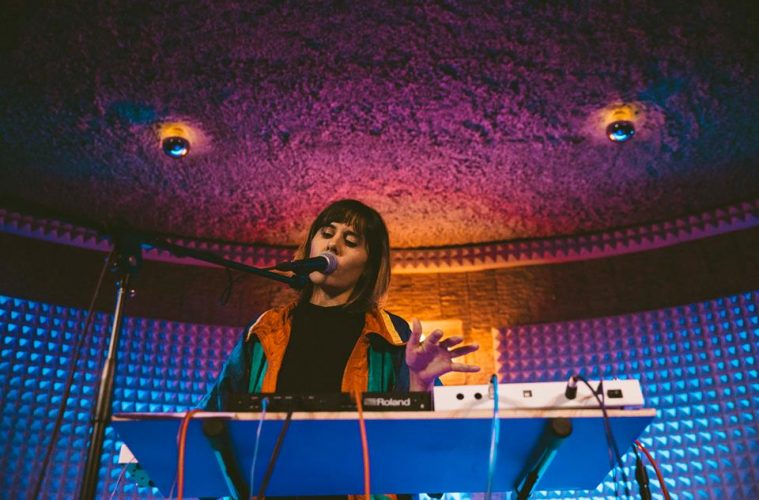 Hello! And welcome once again to our weekly breakdown of live shows in the city of Buenos AIres. You might have heard that we have some visitors over this weekend. And said visitors might include some frightening, dictatorial figures. And said dictator-like figures might be dealing power moves with staggeringly large stakes in a terrifying game of 3D chess. And the city will likely be a complete chaos for the duration of their visit. But to get our minds off all of that, why not see some live music?

As always, each one of the artists featured in this list are also on our Spotify playlist (or, at least, those who have their stuff up on Spotify). Said playlist is accompanying this post, so get to listening!

To start with, here’s a cool event at the fabulous La Confitería, featuring visual arts, poetry, short film screenings, and of course, music. You’ll get to see sets by Fer Toth, the marvelous pairing of percussionist Jose Bale and singing songstress Damsel Talk, and the traditional vs. modern sounds of RUMBO TUMBA.

If you’re strapped for cash and feel like catching a cool set by indie-rock stalwarts Tobogán Andaluz for literally 0 pesos, here’s the perfect option for you.

And if what you’re looking for is a louder, more abrasive option, here’s an interesting lineup consisting of psych noise-rockers Cattiva, garage post-punkers INTERZONA, the hypnotic guitar-and-drums attack of supertierra, and the seventies-influenced stoner rock of HombreHumano.

Come get whisked away to another era with this awesome twofer, with vintage-rockers Las Ceremonias and blues-tinged Mambo Surf taking the Plasma stage.

A new installment of IndieFuertes is here! This time around, the event brings together the shoegaze-influenced pop rock sound of Impermeables, the wonderfully-named Justo Antes de la Guerra con los Esquimales, post-punkers Folie, and the ever-so-catchy indie rock songs of Costa Canal.

Record label BPM Discos throws its 2018 bash celebrating all of the artists on their label. This year, said lineup includes The Puñeters, Gay Gay Guys, MAX Música, Penny Peligro, Excursionistas, Los Bicis, Bubis Vayins, Amplilabial, and Re Signados. It’ll be a party and a half..

Over at La Tangente we have this spacey little pairing of the great Atrás Hay Truenos and Niños Del Parque, who join forces for a night of soaring melodies and reverb. Lots of reverb.

Here’s another music extravaganza, though this one takes place in a single night and has a slightly less sprawling lineup. Come to Pichincha 674 to see Deportivo Aleman, Vendrán Volando, Los Parques, Monxz, Mis Amigos Muertos, Charlie-A, and Ivo Feroleto,

Here’s a cool throwback event — so cool, in fact, that it’s one of those “PM to ask for the address” type deals where you risk being judged unworthy of attending and being coldly ignored. That probably won’t happen, though, as the spirit of this event is inclusive and joyful, with the songs of Cariño and Checho serving as the soundtrack to a cool night of audiovisual stimuli. Also, you are encouraged to bring your old VHS tapes!

Matienzo recently celebrated its ten-year anniversary, and one thing that has characterized the venue over the last decade is the diversity in the type of events they host. This time around,t he pop / trap / cumbia hodgepodge of Naomi Preizler takes the Matienzo stage, as well as the electro-pop of Biografia Mutante.

And finally for the week, instrumental rock band Betún and Tractat hit the La Comunidad del Sotano stage for the very first time. Come check ’em out so that in 20 years when these bands and the venue have all achieved legendary status, you can say you were there for the very first time they were paired together. It’s a modern-day CBGB’s!